The command of the Russian peacekeeping contingent in Nagorno-Karabakh congratulated the specialists of the Special Forces Medical Unit (MOSN) on the New Year. This was reported by the Ministry of Defense of the Russian Federation on Friday, January 1. 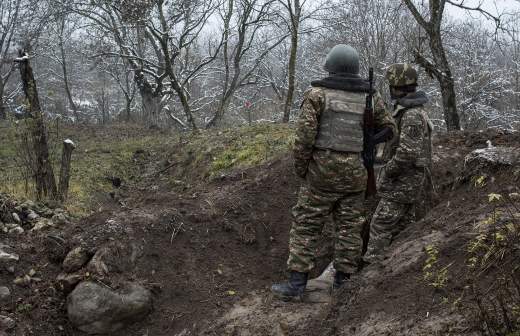 Patience and Hadrut: where the new incident in Nagorno-Karabakh will lead Armenia insists on involving the OSCE Minsk Group in the consideration of the causes of the conflict

He also wished the doctors further success in their professional activities and presented New Year gifts to doctors, nurses and medical staff of a field hospital in Karabakh.

The medical teams of the MOSN include doctors of various specialties, as well as specialists of the psychological service, who provide assistance to the local population in remote areas and villages. In total, Russian military doctors provided assistance to 1,044 residents of Nagorno-Karabakh, including 131 children.

The document, among other things, provides for a ceasefire, an exchange of prisoners between the parties to the conflict, the transfer of a number of regions of the region by Armenia to Azerbaijan and the return of refugees to Karabakh, as well as the introduction of Russian peacekeepers into the region, who conduct round-the-clock monitoring of the situation and monitor the observance of the ceasefire.