The Russian frigate “Admiral Essen” began to follow the American destroyer “Franklin Roosevelt”, which entered the Black Sea on September 15, the National Defense Control Center of the Russian Federation said. 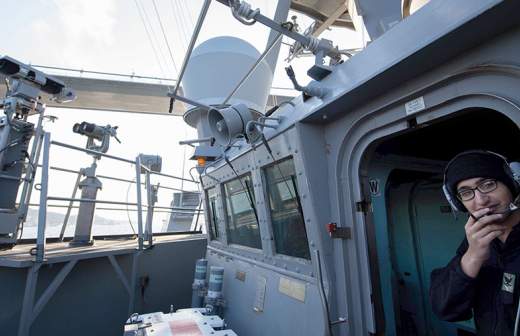 “The forces and means of the Black Sea Fleet have begun to monitor the actions of the destroyer URO (missile defense) Franklin Roosevelt,” the message says.

In addition, on Tuesday it became known that after the missile destroyer “Franklin Roosevelt” the British Navy reconnaissance ship HMS Enterprise is also sent to the Black Sea region. This follows from the data of the international ship tracking system AIS.

On September 13, it was reported that the US destroyer Ross had approached the Russian border in the Baltic.

The Russian Baltic Fleet has deployed a naval and air force to track the US ship. It is noteworthy that the “visit” of the destroyer is taking place against the background of more frequent flights of NATO military aircraft near the borders of the Russian Federation.