The Russian navy has been equipped with Uran-6 combat sapper robots, sources in the Ministry of Defense told Izvestia on January 19. 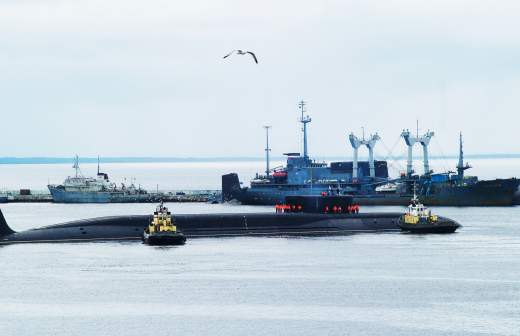 Will sail away into the past: by the end of the decade, the Navy will be radically updated By 2030, there will be no Soviet-built ships in the group of strategic missile submarines

All engineering regiments were equipped with mobile robotic systems that will clean the coast and land from mines. If necessary, they can also be attached to the formations of the Marine Corps.

“Uran-6” is unable to act autonomously, it is controlled remotely by radio communication. In this case, the operator can be at a distance of up to 800 m from the robot, which protects personnel from the hazards associated with mine clearance.

“The robot will most likely be able to operate at shallow depths off the coast – to detect mines, place buoys to mark them and destroy explosives. <...> Our fleet operates in the Syrian region, and it may work in other regions as well. And the Russian coast also needs to be protected. Of course, minesweepers or aircraft will not be able to quietly place mines on it, but underwater saboteurs can place small-sized ammunition. In this case, the robot will also be useful, “- said the former chief of the Main Staff of the Navy, Admiral Valentin Selivanov.

The development of a new robotic complex started in the early 2010s, and already in 2014, the test Uran-6 was sent for military trials in Chechnya and Ingushetia. Robots have also been successfully used for mine clearance in Syria, Nagorno-Karabakh and Chechnya.