The Urals and Siberia will close the field of radio-electronic interference. The newest Pole-21 complexes have been deployed in the Urals and Siberia. They will become an obstacle to satellite navigation systems, and will also interfere with drone flights, cruise missile strikes and other high-precision weapons. The system is capable not only of jamming signals from satellites, but also of introducing distortions into them, forming false coordinates. According to experts, the new product will radically strengthen the protection of Russian territory. 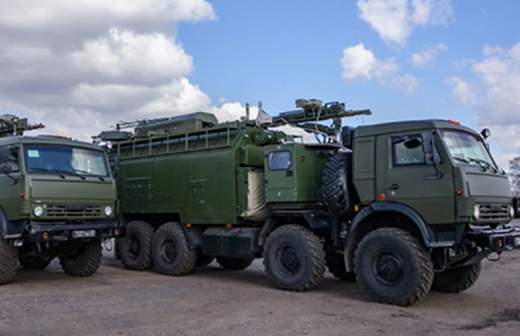 Suppress the wave: the south of Russia will be closed by impenetrable “jammers” Complexes “Palantin” will suppress the channels of military communication and control of drones

This year, the Pole-21 grouping of electronic suppression systems has been deployed in the Urals and Siberia, sources in the Ministry of Defense told Izvestia.

Last year, the chief of the electronic warfare (EW) troops, Lieutenant General Yuri Lastochkin, explained that modern systems can disrupt high-precision navigation of guided weapon carriers and reduce the likelihood of hitting critical industrial and defense infrastructure of our country.

“Pole-21” refers precisely to this type of weapon. But unlike conventional electronic warfare systems, it is made distributed. It uses not one or several machines, but up to hundreds of jammers located at a great distance from each other. Each of them can be controlled remotely, activated and deactivated as needed. This allows dense interference to cover a vast area of ​​hundreds of square kilometers. 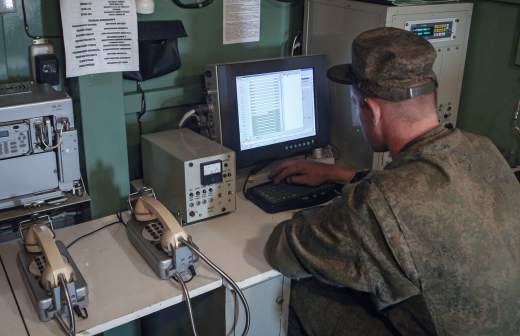 The performance characteristics of the Pole-21 complex were not disclosed. But, according to open publications, the export version of the station suppresses all three major foreign satellite navigation systems: the American Navstar (better known as GPS), the European Galileo and the Chinese BeiDou. The area of ​​the jamming area of ​​one complex can reach 150 by 150 km. Just one station is enough to jam conventional GPS receivers up to 25 km away. Now these are used not only in smartphones, but also in commercial and military drones, as well as in high-precision weapons.

“Pole-21” simultaneously includes means of electronic reconnaissance and electronic suppression of satellite navigation systems, ”military expert Viktor Murakhovsky told Izvestia. – The capabilities of the system make it possible to prevent the use of many types of high-precision weapons, including foreign-made unmanned aerial vehicles. Moreover, it can not only suppress the signals of satellite navigation systems, but also introduce geolocation errors. This is a geographically distributed system that can increase its capabilities and cover large areas of the terrain. The complex should be used in close cooperation with air defense and missile defense systems. 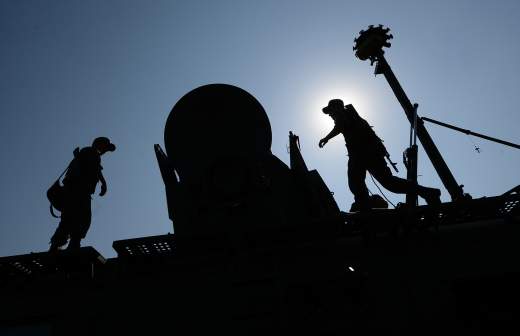 Electronic fog: a new set of jammers placed near Kaliningrad It will protect the region from undue scrutiny of NATO intelligence

The first production model of the “Field-21” was taken into service in 2016. The Ministry of Defense reports that such systems have already been sent to several EW units in the Eastern Military District (VVO) and to the 201st Russian military base located in Tajikistan.

The press service of the defense ministry informed about the receipt of the already modernized model “Field-21M” in the Air Defense Forces last year, but did not disclose details about the changes made to it.

“In Soviet times, EW units and subunits were in many formations and formations of the air defense forces,” Aleksandr Gorkov, the former chief of the air defense missile forces of the Air Force, told Izvestia. – After the massive reduction of the army, the forces and means of electronic warfare were reduced to a minimum. Since the 1990s, we have found ourselves in a situation where entire areas have been uncovered. Using them, the enemy can act selectively and change the route, bypassing the zones of fire of anti-aircraft missile forces and overcoming fighter air cover. And the creation of electronic countermeasures with the help of “Field-21” is extremely important. They can disrupt the procedure for the use of air attack weapons, both manned and unmanned aircraft.

As Izvestia previously reported, the development company has patented the possibility of installing R-340RP jamming stations on cell towers. This allows them to be provided with a constant source of electricity and a backup control channel, as well as to form a geographically distributed radio detection and suppression system. 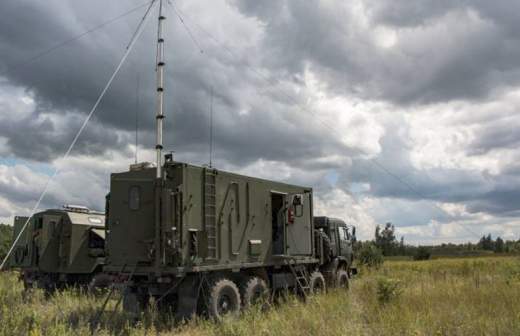 In battle and during exercises

The Russian military has already had to use modern electronic warfare systems in combat conditions. In January 2018, with their help, a group raid of improvised unmanned extremist bombers on the Khmeimim and Tartus bases in Syria was repelled. Of the 13 drones of the militants, seven were shot down by air defense fire. The rest were forced to land by EW specialists. The wreckage and unmanned aerial vehicles captured intact were shown to Russian and foreign media. In subsequent years, the militants repeated dozens of raids on Russian bases, but all of them were unsuccessful.

To suppress drones, the complex is often used in combination with other modern means of electronic warfare of the Russian army: “Silok”, “Zhitel”, “Lesochek”, “Borisoglebsk-2”.

Last year, the Central Military District practiced the creation of a continuous controllable jamming field for satellite navigation. With the help of the new system, they covered the regrouping of the district troops and the beginning of the combat operation.

According to the Ministry of Defense of Russia, from 2012 to 2020, more than two dozen modern models of electronic warfare equipment were accepted for supply. From the use of traditional “jammers” it was possible to move to innovative methods of suppression and distortion of signals. In addition to the “Field-21”, they include the “Leer-3” complex. On it, jammers for cellular signals are installed on small Orlan-10 drones. They are also able to determine the coordinates of cell phones within a radius of several kilometers and send bulk SMS messages to them.