The launch of the Zircon hypersonic missile is not an attempt to demonstrate military might to Western countries. This was announced on Wednesday, October 7, by the Russian ambassador to the United States, Anatoly Antonov, on the air of the 60 minutes program on the Russia-1 TV channel. 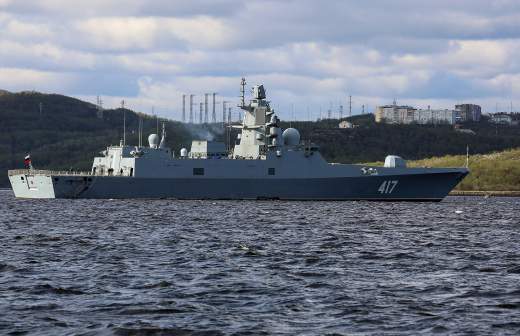 “We will discuss today’s example with Zircon for a long time, but I would like to emphasize that Russia is not trying to show its muscles or <...> rattle weapons,” he stressed.

According to Antonov, the Pentagon is closely watching the actions of the Armed Forces of the Russian Federation.

“[Американские коллеги] look very closely at what is happening with us. I want to say: if the Pentagon is silent, this does not mean that they are not paying attention. Any step of the Armed Forces of the Russian Federation is important for them, ”the ambassador added.

Earlier that day, the Russian Ministry of Defense published a video from the site of the successful Zircon test. On the eve of October 6, from the White Sea, the lead frigate of project 22350 “Admiral of the Soviet Union Fleet Gorshkov” fired a “Zircon” rocket at a sea target in the Barents Sea.

During the tests on October 6, the Zircon’s flight range was 450 km, and the maximum altitude was 28 km. The flight time is 4.5 minutes, a hypersonic speed of over Mach 8 (9.5 thousand km / h) was achieved.