The Russian Aerospace Forces (VKS) will protect cities and important objects simultaneously with several types of missiles. For this, the RF Ministry of Defense will finalize the S-400 Triumph and S-300 air defense systems, sources in the military department told Izvestia on Thursday, October 8. 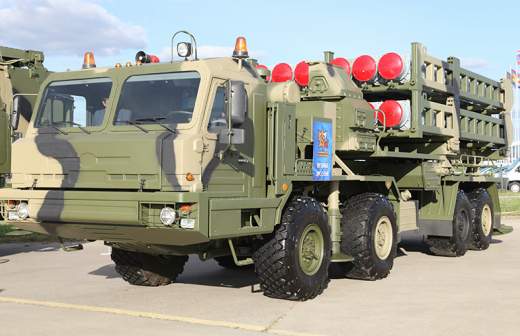 Vityazi outpost: S-350 complexes will strengthen the defense of the south of the country Modern highly mobile systems are capable of intercepting aviation and ballistic missiles

After further development, their launchers in battle will be able to hit targets with “anti-aircraft transformers” – both ultra-long-range missiles and short-range missiles with high maneuverability. Currently, the S-300 and S-400 are equipped with only one pre-selected type of missile.

The improved systems will radically increase the capabilities of the domestic air defense system and allow the creation of echeloned defense to defeat any targets, experts say.

The combination of different ammunition on one launcher will make it possible to use missiles more rationally, Aitech Bizhev, deputy commander-in-chief of the Air Force for the Common Air Defense System of the CIS, told Izvestia.

The use of several types of missiles simultaneously from one launcher is becoming the norm for other domestic anti-aircraft missile systems. In 2020, the Pantsir-SM combat vehicle was publicly demonstrated for the first time with new, reduced in size and range, missiles designed to intercept small cheap drones and unguided rockets.

Shock combination: S-400 and S-300 will turn into arsenals