The Technodinamika holding (part of the Rostec corporation) handed over to the Aerospace Forces (VKS) of Russia the first batch of unique helicopter-type unmanned aerial systems intended for testing new types of weapons as targets. This was reported in the press service of “Rostec” on Wednesday, December 23. 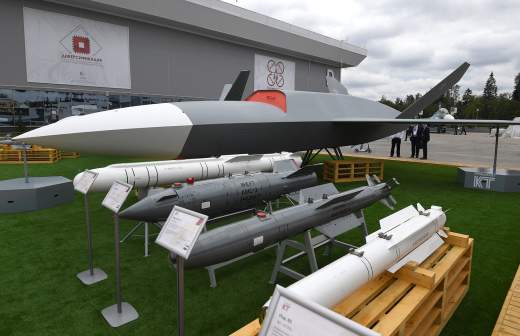 It is noted that the products were developed in the shortest possible time – the development contract was received in 2015, and serial production started in 2019

“In addition to its direct purpose, it can be used, for example, for monitoring forest fires, agricultural plantings or transportation of oil products. Therefore, we see great potential for its application in the civilian sphere, ”said Igor Nasenkov, General Director of the Tekhnodinamika holding.

The drone complex simulates the behavior of air targets and allows you to test new weapons in conditions as close as possible to combat ones.

Thus, the use of a “target drone” provides an opportunity to assess the accuracy of guidance and the effectiveness of hitting targets.

A few days ago, Russian President Vladimir Putin at an expanded meeting of the Defense Ministry board said that the use of artificial intelligence in weapons in the future will determine the outcome of the battle.

In August, it was reported that multipurpose attack drones, which are capable of hitting enemy targets with high-precision ammunition, will begin to enter the Russian Aerospace Forces in 2021.