Tests of the newest guided 152-mm artillery shell for howitzers are planned to be carried out in Russia, according to materials on the public procurement portal. 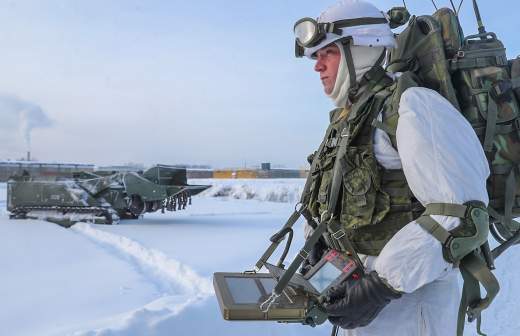 Remote war: the army is buying massive military robots Remotely controlled vehicles will be tasked with demining and extinguishing fires in dangerous conditions

Preliminary tests of a prototype 152-mm guided high-explosive fragmentation projectile ZOF95 are planned to be carried out in the Nizhny Novgorod region, firing will be performed from towed howitzers “Msta-B” and D-20, as well as self-propelled gun mounts “Akatsia” and “Msta-S”.

The new projectile will receive several variants of homing heads, inertial and satellite navigation systems, writes RIA Novosti, citing a source on Sunday, January 24. At the moment, work is underway to create “a whole line of new guided high-precision missiles of increased range”, including the use as part of the “Coalition-SV” complex.

On January 19, it became known that the 2S35 “Coalition-SV” ultra-long-range howitzers will enter service with the Southern Military District.

Currently, tests of an experimental batch of these howitzers are being completed, firing at 70 km and newer high-precision shells. In terms of their capabilities, they are twice as high as modern domestic and foreign samples.