Tests of the newest system of automatic illumination of the surface situation, developed by the Scientific Research Institute for Long-Range Radio Communication (NIIDAR), began in the Black Sea. This was announced on Thursday, December 17, by the press service of the company. 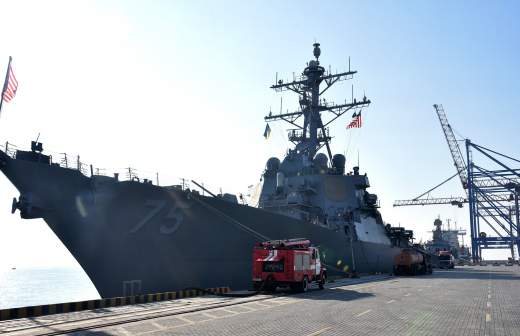 NIIDAR representatives noted to RIA Novosti that the new tracking complex received the working title “Strategy” and is now monitoring the surface situation in the Black Sea.

According to employees of the developer company, the system uses “satellite and ground-based automatic information systems, data from various radar stations, internal channels for transmitting object information of the fleet.”

The complex has the ability to bilaterally interact with the technical means and systems from which it receives information.

In addition, the “Strategy” receives data from over-the-horizon radars capable of detecting surface targets at ranges of several hundred kilometers. The system can also analyze and evaluate abnormal changes in the operational environment.

It is noted that the “Strategy” automatically processes information about the ownership of ships that have entered the Black Sea, determines the parameters of the target, records the approach of ships to borders or prohibited areas.

Earlier, on December 3, Russian Foreign Ministry spokeswoman Maria Zakharova said that Russia is concerned about the buildup of NATO military forces in the Black Sea. She stressed that the alliance is training Ukraine and Georgia in the course of joint maneuvers and exercises to confront Russia. And such a strategy, according to Zakharova, causes Moscow’s concern.

Earlier in November, the forces and assets of the Russian Black Sea Fleet began tracking the actions of the American destroyer Donald Cook, which entered the Black Sea. The ship’s entry was the seventh time that US warships were dispatched to the region in a year.

In October, four NATO warships entered the Black Sea. We are talking about the universal transport ship “Aliakmon” of the Greek Navy, the minesweeper-finder of mines “Orion” of the French Navy, the sea minesweeper “Alghero” of the Italian Navy and the base Spanish military minesweeper “Duero”.