The Rostec enterprise, the Central Research Institute of Precision Engineering (TSNIITOCHMASH), is proactively planning to create a self-loading training pistol. This was reported by RIA Novosti with reference to the press service of the institute. 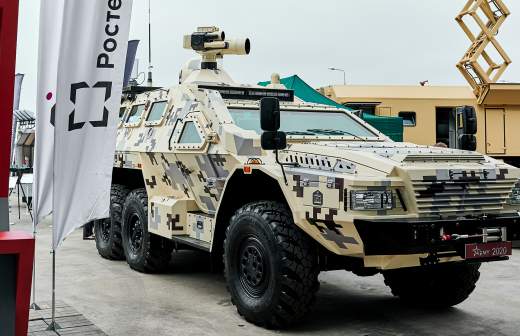 Into the battle for contracts: the exhibits of “Army-2020” instructed to test in Syria “Izvestia” – on the results of the military forum that ended in the Moscow region

It is noted that the main parts and assemblies of the future pistol should be unified in its design with the RG120 and RG 120-1 sports pistols, which were developed by the institutes within the framework of the Aspid project. As a result, the new pistol will be a continuation of the modular shooting system created at TsNIITOCHMASH.

In this case, the differences will also affect the appearance of the pistol. It may be similar to existing models of military small arms, but should have a bright distinctive color on the barrel and bolt, which will allow the sample to be unambiguously identified as a training one. The project is currently called “Marker”.

Ruslan Sidyakin, head of the small arms research department of TsNIITOCHMASH, said that the pistol would be reliable, convenient and easy to operate and maintain. The firing range is at least 10 m, the operating temperature will be from -5 degrees to 30 degrees Celsius. The assigned resource of work is at least 2 thousand shots, added Sidyakin.

In May, the State Testing Station (GIS) of the Russian Federation completed the first stage of certification of the new Aspid sports pistol. It is noted that the testing laboratory tested two modifications of the pistol – RG-120 and RG120-1. During the test, the marking of the samples was checked, and the appearance was checked. In addition, the pistols were tested for strength; for this, test cartridges were fired from them, which create increased pressure.