Dmitry Rogozin, General Director of Roscosmos, and Bagdat Musin, Minister of Digital Development, Innovation and Aerospace Industry of Kazakhstan, signed on October 31 a protocol on amendments and additions to the agreement on the Baiterek space rocket complex project. 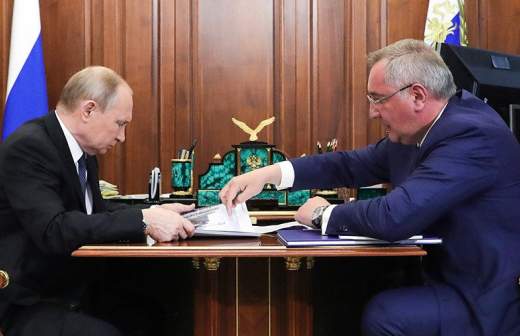 Piloted growth: Roscosmos significantly expands the launch program In the expert community, this is associated with solving the problem of access to foreign components

“Thus, all the previously existing disagreements between the parties were closed, and the Baiterek project entered the stage of practical implementation,” the press service of Roscosmos said.

“Baiterek” – a project, the development of which began in 2004, provides for the creation of a new launch pad at the Baikonur cosmodrome. It is assumed that if it is implemented, it will be possible to abandon the Proton launch vehicles using toxic propellants.

A few days ago Rogozin announced that the volume of investments in the Russian-Kazakh Baiterek missile system is about $ 1 billion.

In 2018, Kazakhstan received from Russia free launch sites for Zenit rockets at the Baikonur cosmodrome. In the future, these complexes were planned to be modernized for a promising Russian manned program – launches of Soyuz-5 carriers.