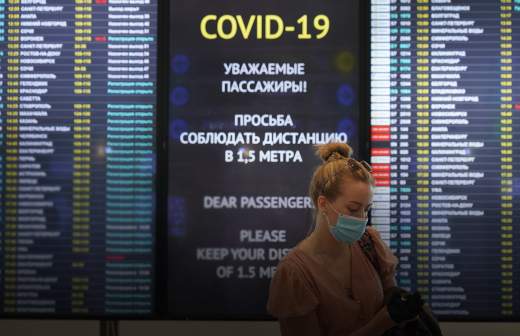 Software – we fly: airlines want to transfer to the domestic booking system and link this with the provision of state support to them

According to him, “Hermes” has great potential for further improvement, in connection with which it is planned to increase the “combat power” of the missile up to 2.5 times and increase its flight speed.

He also recalled that for the first time the basic version of the Hermes high-precision complex was presented in the summer of 2020. The guidance system of the complex is autonomous and works on the “fire and forget” principle, and thanks to its multiplatform nature, it can be installed not only on armored vehicles and ships, but also on shock drones.

The press service of the High-Precision Complexes holding clarified that the possibility of improving the characteristics of the Hermes was incorporated during the design, RIA Novosti writes on Tuesday, February 2.

The Hermes strike complex is designed to engage modern and advanced tanks, armored vehicles, various structures, as well as surface targets and low-speed aircraft at a distance of up to 100 km.

The rocket of the basic version of the complex has a maximum speed of 1.3 thousand m / s and a high-explosive fragmentation warhead of 28 kg.

Currently, the basic version of the complex is undergoing demonstration tests for the Ministry of Defense at the Kapustin Yar training ground.

Earlier, on January 29, it was reported that Rostec had begun testing the first Russian engine VK-650V, designed for light helicopters Ka-226T and Ansat-U.