The military police will receive powerful armored vehicles, which will be able to operate effectively both within the country and abroad. Patrol vehicles based on KamAZ are practically invulnerable to mines, small arms and shrapnel. “Red berets” plan to use them to escort convoys, patrol settlements and other tasks. The main deliveries of equipment are planned for this year.

Can break through a wall

An experienced batch of “Patrols” was transferred to the troops last summer. The equipment during operation has proven to be reliable and efficient. As a result, the main deliveries of armored vehicles are scheduled for 2021, Izvestia sources in the military department said.

According to the interlocutors of the publication, an experimental batch of “Patrols” was handed over to the “Red Berets” in two tranches. The first armored vehicles were received at the beginning of last year. It was they who, with the calculations of military police, participated in the Victory Parade on Red Square. The troops received the second tranche of armored cars in the summer of 2020. The equipment transfer ceremony took place at the Alabino training ground near Moscow.

Several years ago, “Patrols” entered service with units of the Russian Guard. They are used to equip riot police units and patrol and patrol services, performing tasks to prevent riots. Armored vehicles for Rosgvardia are delivered without weapons installed on them, but with special light and sound signals. The Federal Service highly appreciated this technique. It is no coincidence that at the May 9 parades, as part of the Rosgvardia crew, “Patrol” is almost the “main caliber”. 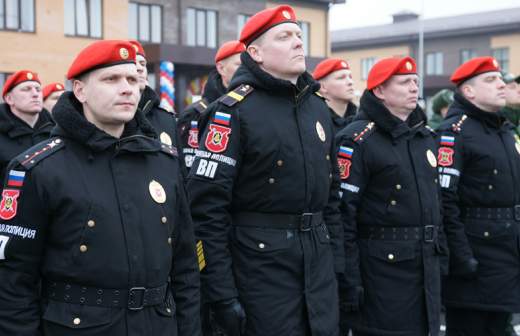 “Kremlin berets”: a university has been selected to train military police officers The commanders of military commanders will be taught at the legendary Moscow Higher Combined Arms Command School

Over time, the military also took a closer look at the novelty. The need for powerful and well-protected vehicles began to be felt especially early last year, when joint patrols were organized in some areas of Syria by agreement between Moscow and Ankara. On the Russian side, it was carried out by the “red berets” on light armored vehicles “Tiger”.

The functions of the military police are not limited to maintaining law and order in the troops and influencing violators. In wartime, the “red berets” are also busy guarding objects and escorting columns. And when serving abroad in peaceful conditions, military police patrol the area, participate in the work of centers for the reconciliation of the warring parties, and carry out humanitarian operations.

The Patrol armored car was created on the basis of the KamAZ-43502 two-axle truck. With a length of seven meters, the vehicle weighs about 12 tons and is capable of transporting up to ten personnel in full gear and with a set of personal weapons. The armor can withstand hits from submachine gun and pistol bullets, as well as ammunition from heavy machine guns. If necessary, “Patrols” can destroy barricades and even break through walls in buildings.

The sides of the vehicle are equipped with loopholes, and the structure itself can withstand the detonation of an improvised explosive device equivalent to 5 kg of TNT.

Under the wheels of war

“The military police are involved in both Syria and Nagorno-Karabakh,” he told Izvestia. “She needs armored vehicles, the sooner they get new vehicles, the better. “Patrols” can be used in areas of intense hostilities or where there is a high threat of terrorist attacks, shelling, etc. And in quieter territories, military police can ride in maneuverable Tigers. 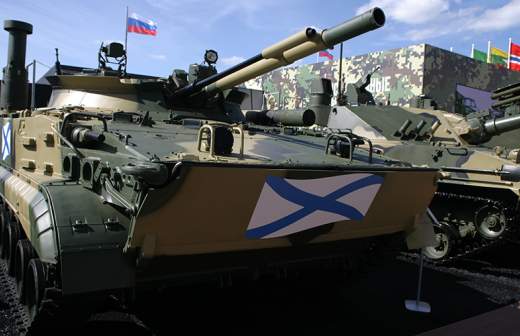 The big advantage of the “Patrol” is the amount of space inside the body, the expert added.

– As a rule, military policemen do not travel to perform combat missions as part of a full squad. However, the Patrol’s dimensions make it possible to take on board more equipment, equipment and ammunition, – said Viktor Murakhovsky.

The sphere of application of the Armed Forces has been seriously expanding recently, including abroad, Inna Vetrenko, head of the Department of Management and Social Technologies of the North-West Institute of RANEPA, told Izvestia.

– If the situation near the Russian borders aggravates, the troops may well be involved – to carry out peacekeeping, humanitarian and other operations, – said Inna Vetrenko. – The wave of “color revolutions” is not over yet. The technologies of these revolutions and the accompanying military conflicts at the Russian borders have been worked out. In such cases, the use of our powers can be quite reasonable. They must be able to operate in any region of the world, and for this they must be kept at the appropriate level of combat readiness.

Earlier, Izvestia reported that after a series of experiments, the command decided on which university would graduate military police officers. It was the legendary “Moscow Infantry” – the Higher Combined Arms Command School (MosVOKU). The most renowned military establishment in the country is the only one in the country that has the privilege of launching a release right on Red Square.

Landing on armor: why the marines will be armed with BMP-3 In each brigade a battalion will appear on the latest combat vehicles

Over the past few years, the Ministry of Defense has been carrying out a serious reform of the structures that monitor the maintenance of discipline and law and order in the troops. In the military districts, territorial bodies of the military police have been created, which include commandant’s offices, military traffic police (VAI), and inquiry bodies. Military policemen perform a wide range of tasks, including guarding especially important facilities, ensuring the security of military events, and preventing offenses.

In 2019, disciplinary battalions were transferred to them. The VAI employees were given the right to draw up protocols for the drivers of the Armed Forces, the National Guard and a number of other structures. When arresting violators, military inspectors are allowed to use standard weapons and special equipment.

Duty units were created in the regional divisions of the military police. They must deal with the registration and preliminary investigation of administrative and criminal offenses. The chiefs of these units record all emergencies in the book of registration of reports of crimes. Investigation of administrative offenses committed by servicemen is carried out by the “Red Berets” independently. If necessary, they send the materials to the military court, where they make a decision on the arrest of the offending serviceman.

As part of urgent investigative actions, the “red berets” were given the right to detain suspects, interrogate victims and witnesses. And also cordon off the crime scene, conduct searches, seize and study material evidence.