Russian President Vladimir Putin on Thursday, November 26, during a working visit to the city of Sarov, Nizhny Novgorod Region, got acquainted with the simulation system for the Armed Forces, created by domestic scientists. The development allows evaluating, among other things, the effectiveness of weapons in combat conditions. 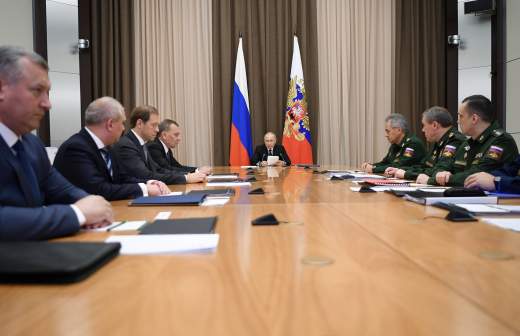 At the security construction site: a new nuclear command center is being created in the Russian Federation.The ability of the armed forces to respond in a timely manner to potential military threats depends on these systems

According to him, the systems that are being developed at the center are based on artificial intelligence and data analysis. This is about the information received by the Ministry of Defense of the country, including satellite images. Using such systems, it is possible to recognize specific types of weapons, predict their actions and conduct express analytics of their effectiveness, Soloviev added.

“A digital testing ground is proposed where you can check the characteristics of the created samples already in real, virtual combat operations, with an assessment of the effectiveness of both our means and the means of the opposing side,” the scientist noted.

Earlier, during his working visit, the Russian leader got acquainted with the digital products of the state corporation Rosatom.

The President arrived in Sarov on a working visit earlier the same day. As part of his trip, the head of state has scheduled a meeting with the Governor of the Nizhny Novgorod Region Gleb Nikitin.

Shortly before the trip, the presidential press secretary Dmitry Peskov clarified that in Sarov, Putin will visit the laser range of the Russian Federal Nuclear Center, and also get acquainted with the presentation of the Bolshoi Sarov project.

On the eve it became known that Putin postponed his working trip to Sarov due to bad weather.