On Wednesday, October 7, Russian President Vladimir Putin held a video conference with the Chief of the General Staff of the Russian Armed Forces, General of the Army Valery Gerasimov. He reported to the head of state on the successful launch of the Zircon hypersonic missile from the frigate Admiral Gorshkov. 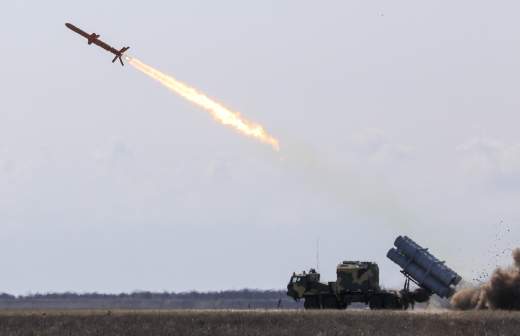 The rise of “Neptune”: how the creation of new missiles toughens the rhetoric of Ukraine In fact, these weapons do not pose a serious threat, experts say

“Yesterday at 07:15 from the White Sea the frigate Admiral of the Fleet of the Soviet Union Gorshkov fired a Zircon hypersonic cruise missile at a sea target located in the Barents Sea for the first time as part of flight tests. The task was completed successfully, a direct hit on the target was recorded, “Interfax quotes him.

According to Gerasimov, the Zircon’s flight range was 450 km, and the maximum altitude was 28 km. The flight time is 4.5 minutes, a hypersonic speed of over Mach 8 (9.5 thousand km / h) was achieved.

“The work on the Zircon system and the stage of the successful test of this missile is a great event not only in the life of the Armed Forces, but also in the whole of Russia, the whole country,” Putin said, congratulating everyone involved in the work on this hypersonic cruise missile.

It became known at the end of August that the promising Russian Zircon hypersonic missile would be launched from the Admiral Gorshkov in the fall as part of its flight tests. However, then the tests were supposed to be carried out in September.

On June 26, the Ministry of Defense announced that the tests of the Zircon confirmed the unique characteristics of the missile in terms of range and accuracy of fire, as well as flight speed. Then the launches in a planned manner also took place from the frigate “Admiral Gorshkov”.

On the same day, during the main naval parade on the occasion of the Navy Day, the President announced the strengthening of the fleet with hypersonic weapons.

“Zircons” will arm multipurpose nuclear submarines, frigates and the nuclear missile cruiser “Admiral Nakhimov”. It was noted that he will be one of the first ships to receive these missiles. In addition, this year the fleet will be strengthened by 40 ships.