In Russia, in the context of the coronavirus epidemic, it was possible to quickly create medical centers by the forces of the Ministry of Defense. This was announced on Sunday, September 20, by the Russian leader Vladimir Putin. 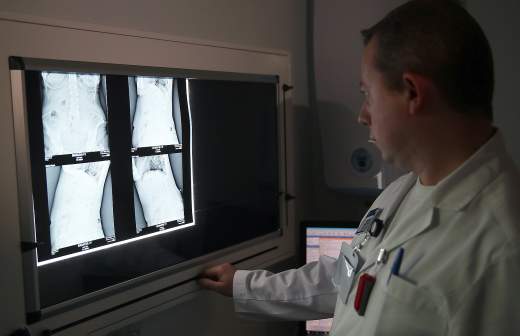 Hurry to live: why early diagnosis of cancer is important Therapists will be rewarded for identifying patients during clinical examination

According to the president, the military “have no time to ramble about these documents.”

“But they do everything efficiently. And the examinations are proceeding as expected, “Putin assured in an interview with the Russia 1 TV channel, commenting that only the preparation and approval of documentation in other situations takes up to 16 months.

As the head of state noted, such units have always been in the Russian army, created in different years. “For example, construction military units were created, in my opinion, in the 17th century,” he stressed.

In the 90s of the last century, everything in these units gradually began to fall apart, the military did not receive maintenance for months, much was closed and reprofiled, the head of state added.

Currently, the military construction industry has been recreated. “And look how efficiently they work. Simply, as they say, by wave of a magic wand, as it were, 16 centers at once, in less than two months in some cases. They are brand new, modern centers with full equipment, ”Putin said.

On September 15, Defense Minister Sergei Shoigu reported to Putin on the readiness of medical centers in Pskov and Velikiye Luki to provide high-tech medical care.

Earlier, the Ministry of Defense built 16 multidisciplinary medical centers based on military hospitals in 15 regions of the country, as well as one medical center in Voronezh and three in Dagestan. The first medical center was handed over to the military in April in Nizhny Novgorod.