Russian President Vladimir Putin signed a law on the fall conscription into the army, the Kremlin press service reported on September 30. 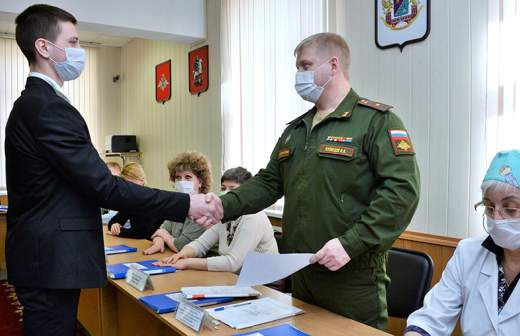 We did not go through this: parents asked to change the terms of the draft They fear that some of the school graduates may end up in the barracks, not having time to pass the Unified State Exam

“To carry out, from October 1 to December 31, 2020, the conscription for military service of citizens of the Russian Federation aged 18 to 27 years old who are not in the reserve and are subject in accordance with the Federal Law of March 28, 1998 No. 53-FZ” On military duty and military service “conscription,” the decree says.

In accordance with the document, it is planned to call up 128 thousand people.

The government of the country, the executive authorities of the constituent entities of the Russian Federation and the draft commissions have been instructed to ensure the implementation of measures related to the conscription of Russians into military service.

In addition, by decree, the president instructed, in accordance with federal law, to dismiss from military service soldiers, sailors, sergeants and foremen, whose military service on whose conscription has expired.

In July, the Russian Ministry of Defense announced the successful completion of the spring conscription campaign, despite the COVID-19 pandemic. 135 thousand people were drafted into military service.

The ministry noted that thanks to “unprecedented” measures during the spring draft, it was possible to exclude the penetration of coronavirus infection into the formations and military units of the Russian Armed Forces.

In April, the head of the General Staff of the Armed Forces, First Deputy Minister of Defense of the Russian Federation, General of the Army Valery Gerasimov, said that in 2020 it was decided not to call up school graduates in order to give them the opportunity to pass the Unified State Exam and enter universities. Students graduating from higher and secondary specialized educational institutions will also be given the opportunity to pass final exams before being drafted.