Russian President Vladimir Putin congratulated the Air Force Academy named after Professor N.E. Zhukovsky and Yu.A. Gagarin’s centenary and wished the teachers and cadets to develop the unique scientific heritage of their predecessors with dignity. The message of the head of state was read out on September 19 by the Deputy Minister of Defense of Russia, Colonel-General Andrei Kartapolov. 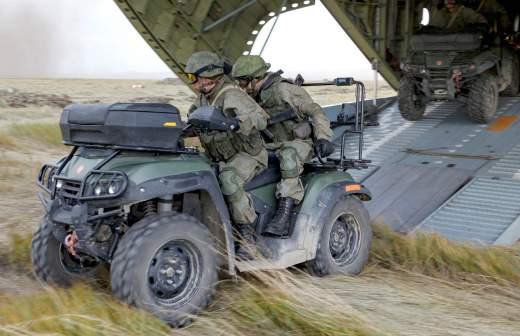 A paratrooper will suddenly arrive: a new type of airborne forces will be tested at the Center exercise. An experimental airmobile brigade will be tested for the first time during strategic maneuvers

“Having united talented teachers, gifted engineers and designers, he [вуз] became a real school for the training of highly professional personnel for the domestic military aviation. We are justly proud of the teachers and graduates of the academy who bravely fought on the fronts of the Great Patriotic War, conquered the harsh expanses of the Arctic, created and tested advanced aircraft and helicopters, fulfilled the daring dream of mankind about flying into space, ”the text of congratulations to TASS quotes.

The head of state noted that the academy is a large educational and scientific center, where the most modern technologies and teaching methods are used, and a lot of research work is being carried out. He expressed confidence that the current generation of teachers and cadets will worthily continue the traditions of their predecessors and develop their scientific and creative heritage.

In turn, the Deputy Minister of Defense presented the educational institution with a diploma from the head of the defense department, Sergei Shoigu.

“The renowned academy has many merits. And the first of them has always been and remains the readiness of graduates to successfully solve problems as intended. Behind this readiness, ability to selflessly, going to the end, to work for the result, there are solid knowledge and skills that fully meet the modern requirements for military specialists, as well as the best officer qualities brought up within the walls of the university, “said Kartapolov.

He pointed out that a special place in the annals of the Academy belongs to the feat of its aviation commanders, pilots and navigators during the Great Patriotic War.

“It is very important that the Air Force Academy has preserved the legacy of its predecessors – outstanding scientists and military leaders, teachers and mentors, has multiplied the wonderful traditions of training highly qualified officers, continues to make a significant contribution to ensuring the security of the native state,” added the Deputy Defense Minister.

In total, 40 state and more than 130 departmental awards were presented during the solemn event.

Earlier on the same day, Putin congratulated the workers and veterans of the military-industrial complex on their professional holiday – the Day of the Gunsmith. He emphasized that the domestic defense industry has significant innovative, technological potential and rightfully occupies a leading position in the world arms markets.