Russian President Vladimir Putin has promised that Moscow will take retaliatory steps to the deployment of US missiles in the Asia-Pacific region. The head of state made this statement, speaking at the plenary session of the Valdai Discussion Club on Thursday, October 22. 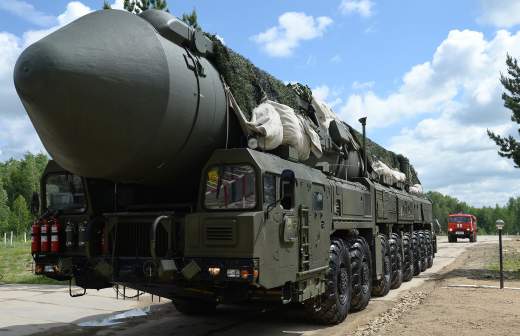 A spare year: what will the extension of the START-3 treaty give until 2022 The prolongation proposed by the President of the Russian Federation will eliminate misunderstandings between Moscow and Washington and agree on a longer agreement

“Unfortunately, we have new threats, for example, the intentions and statements of our American partners about the possibility of deploying medium and shorter-range missiles in the Asia-Pacific region, of course, cannot but alert us, and, without a doubt, we We will have to do something in response, this is an absolutely obvious fact, ”he said.

Response measures, according to the head of state, will be taken depending on what threats will be created.

The Russian leader also expressed confidence that the world will not have a future without documents limiting the arms race, similar to the Treaty on the Reduction of Strategic Offensive Arms.

On October 20, the head of the Pentagon, Mark Esper, announced that the United States was going to increase the number of its intermediate and shorter-range missiles in Europe and Asia to the level of Russia and China. This, he said, was facilitated by the deployment of more than 1,000 medium and shorter-range missiles by China in the Indian-Pacific region and allegedly similar actions by Russia, with which it “violated” the Treaty on the Elimination of Intermediate-Range and Shorter-Range Missiles.

At the same time, the US special envoy for arms control, Marshal Billingsley, said that his country is negotiating with Asian states on the deployment of the INF Treaty, allegedly because of the danger posed by China.

In turn, the Russian ambassador to Washington, Anatoly Antonov, said that Moscow would adequately respond to the deployment of American missiles in the Asia-Pacific region.

At the same time, on October 16, Putin proposed to the United States to extend the Treaty on the Reduction of Offensive Arms (START-3), which ends in early 2021, without additional conditions for another year. The American side refused.