The footage of the launch of the Angara-A5 heavy rocket on Monday, December 14, from the Plesetsk cosmodrome in the Arkhangelsk region, was published by the Zvezda TV channel. 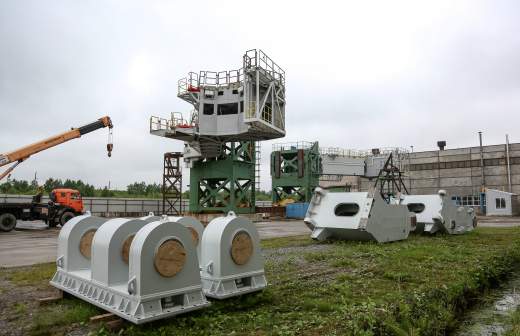 Heading to the East: the launch pad for the “Angara” is being dispatched. Installation of the structure will complete the construction of the second stage of the cosmodrome.

The orbital block consisting of the Breeze-M upper stage and the non-detachable overall-mass model of the payload separated from the third stage of the Angara-A5 LV 12 minutes after the launch.

Further insertion of the orbital block into the target geostationary orbit (about 36 thousand km) will be carried out using the upper stage according to a nine-hour scheme.

Earlier on the same day, the head of the state corporation “Roscosmos” Dmitry Rogozin commented on the launch of “Angara-A5”, reports RT.

On November 17, Russian Defense Minister Sergei Shoigu said that by 2025 the country would be able to annually carry out up to 20 launches of Angara carrier rockets of light and heavy classes.

The first launch took place in December 2014, specified on the website aif.ru.

Flight tests should continue in 2021.

It is assumed that in 2024 Angara should completely replace the Proton-M launch vehicles.