The new Russian anti-aircraft artillery complex “Derivation-Air Defense” will be equipped with multifunctional, armor-piercing sub-caliber and guided shells. This is stated in the message of “Uralvagonzavod”. “Derivation-PVO” is a self-propelled unit on the chassis of the BMP-3 infantry fighting vehicle, which is equipped with a combat module with an automatic 57 mm cannon. According to experts, an anti-aircraft complex armed with such projectiles will significantly enhance the air defense capabilities of the front edge of hostilities. 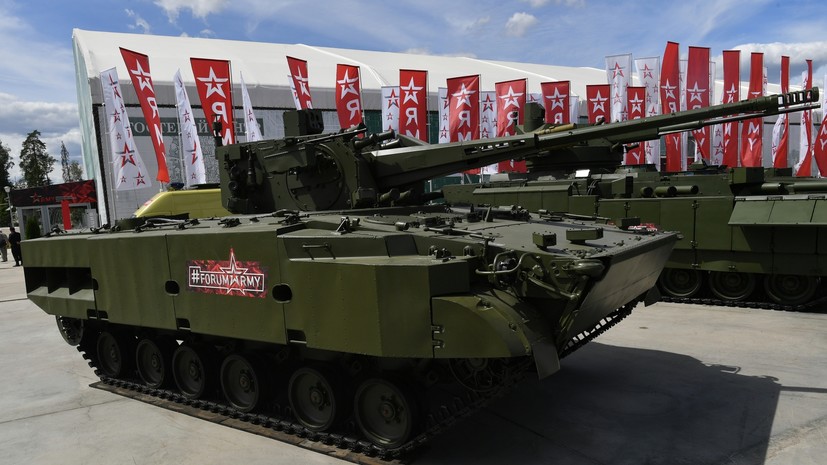 The newest Russian artillery complex “Derivation-Air Defense” will be equipped with multifunctional, sub-caliber armor-piercing and guided shells. This was announced by the manufacturer of the Uralvagonzavod complex (UVZ, part of the Rostec state corporation).

The 1K150 Derivation-Air Defense Anti-Aircraft Artillery Complex (ZAK), along with the previously adopted ammunition, will receive new rounds with multifunctional, armor-piercing sub-caliber and guided projectiles. Today, tests of these shots are underway, ”the TASS company reports.

Earlier in 2020, the NPK Uralvagonzavod noted that the projectiles with controlled detonation, which are being developed for Derivation-Air Defense, will be able to create a cloud of debris at the desired meeting point of an air target or over ground targets.

“The composition of the multifunctional shot being developed in the ROC“ Derivation-PVO ”includes an electronic remote-contact fuse. The detonation time is automatically programmed by the fire control system during firing, which allows the formation of a cloud of debris at the point of meeting with an air target or over ground targets. This significantly increases the efficiency of the complex in comparison with the firing of existing rounds, “- noted in UVZ.

“At the forefront of hostilities”

Let us recall that the project of the “Derivation-Air Defense” complex was presented to the public at the international military-technical forum “Army-2017” – still in the form of a model.

A prototype of the 2S38 combat vehicle from the complex was exhibited at Army-2018, and in June 2020, it already took part in the Victory Parade on Red Square.

In August last year, the general director of Uralvagonzavod, Alexander Potapov, announced that the complex would begin to enter the Russian Armed Forces from 2022.

The main weapon of the 2S38 combat vehicle is the AU-220M (Baikal) remotely controlled uninhabited combat module. It is equipped with a 57 mm high ballistics automatic cannon and a 7.62 mm 6P7K machine gun paired with it. Module weight – 3650 kg. 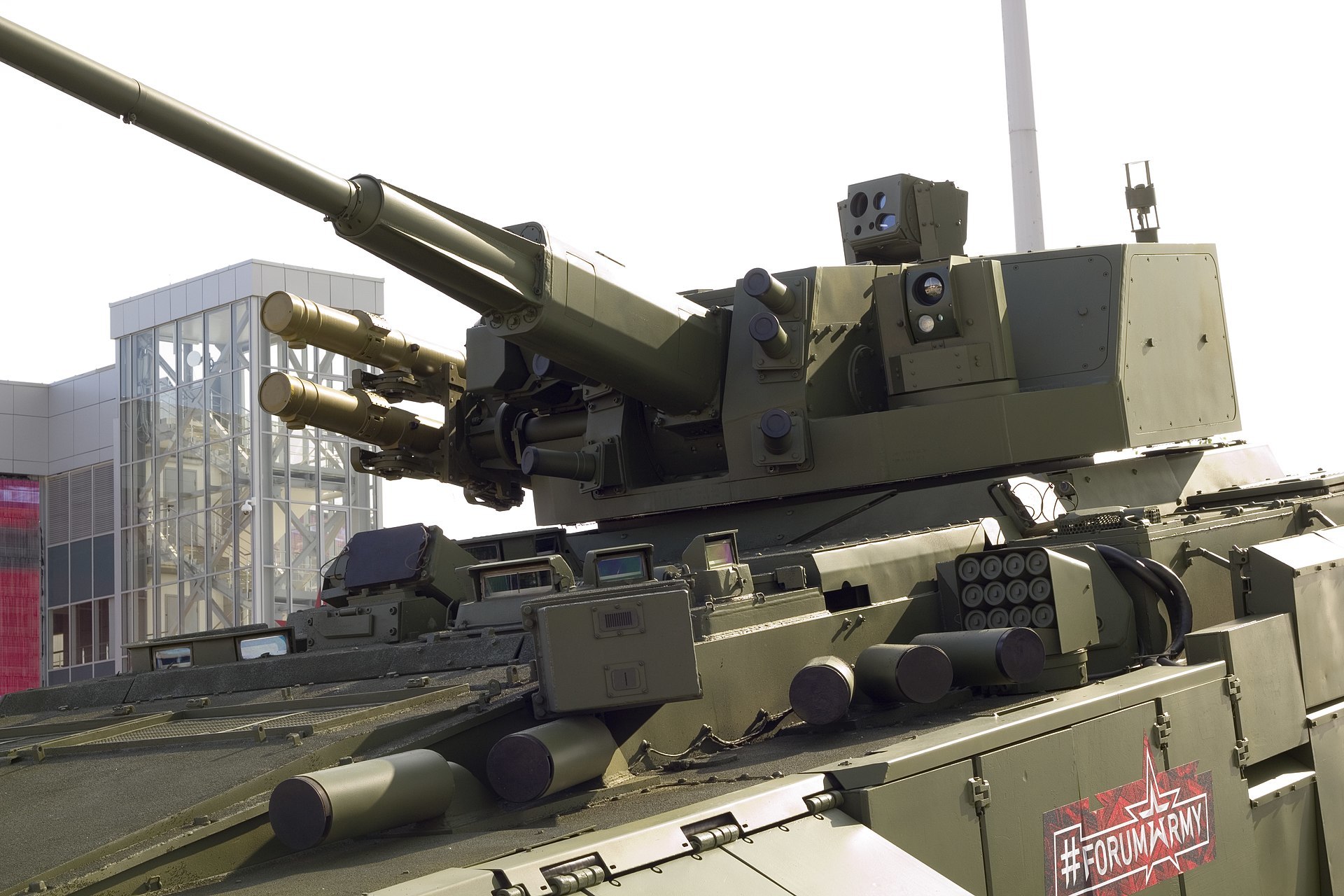 The “Derivation” cannon can fire at a speed of 120 rounds per minute with an initial projectile speed of 1,000 m / s.

Due to the circular rotation of 360 degrees along the horizon, the module is capable of firing in any direction. The maximum horizontal range of target destruction is 14.5 km, and the vertical range is 7.5 km. Gun ammunition – 200 rounds.

It can be equipped with 53-UOR-281U high-explosive fragmentation ammunition, 53-UBR-281U armor-piercing tracer and remotely detonated guided projectiles for the most effective fight against air targets.

Thanks to the optical-electronic guidance and reconnaissance system, the advanced fire control system “Derivation-Air Defense” does not need to install a radar station, which increases its stealth. With the help of television and thermal imaging channels, the combat vehicle is able to effectively find targets in any conditions, while remaining invisible to the enemy.

As military expert Alexei Leonkov noted in the RT commentary, the AU220M “Baikal” module allows the “Derivation-Air Defense” complex to conduct effective firing in automatic mode and hit all types of air targets.

The “Derivation-Air Defense” anti-aircraft artillery complex belongs to the military air defense. This means that he is present directly at the forefront of hostilities, accompanies military columns of automobile or armored vehicles and covers aviation, “Leonkov explained.

Note that the Russian defense industry is actively improving 57 mm ammunition that will be used by the Derivation-Air Defense complex. So, in 2019, the Managing Director of JSC “KB Precision Engineering. A.E. Nudelman “Valery Makeev announced the development of” a promising 57-mm guided artillery shell that has no analogues in the world. “

In scientific materials published on the KB website, it is noted that such a projectile will be an anti-aircraft missile, which is built according to the scheme of a guided artillery projectile, stored in an ammunition rack, launched from a rifled gun barrel and guided by a laser beam, which allows it to hit targets in a wide range ranges. Such a projectile will be fired at a high initial velocity and will almost immediately have the lateral accelerations necessary for guidance. 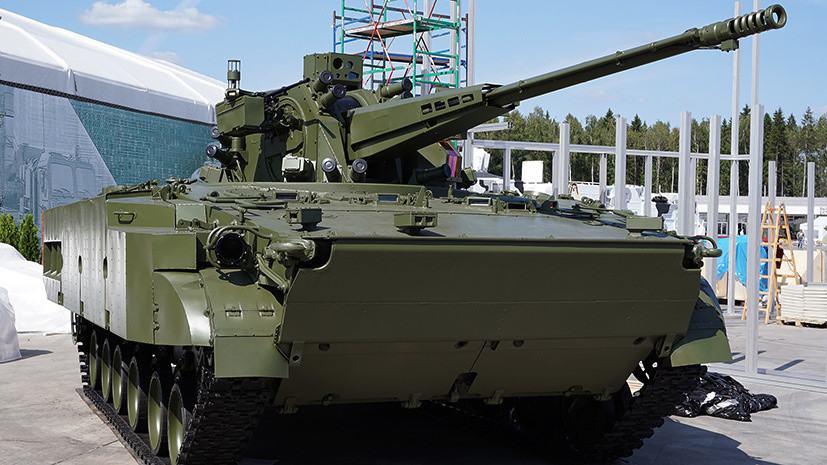 “Creation of a 57 mm high-performance artillery complex on an armored cross-country chassis with protected means of detection, guidance and destruction with mixed ammunition (guided and unguided ammunition), capable of fighting air targets at extremely short ranges, which can defend itself on the battlefield from BMP and The armored personnel carrier opens up new opportunities “, – noted in the” KB of Precision Engineering. A.E. Nudelman “

Alexey Leonkov, in an interview with RT, explained that sub-caliber projectiles will mainly be used against armored vehicles, and a guided projectile will detonate at a given point and hit air targets.

“The controllability of the projectile translates it into the category of” smart ammunition “, allowing you to expose barrage fire at any height and fight various types of aircraft that fall into the firing zone,” Leonkov said.

According to him, new types of universal, sub-caliber and guided projectiles will significantly increase the effectiveness of the Derivation-Air Defense system, which, in turn, will significantly enhance the air defense capabilities of the Russian Armed Forces.

Military expert Yuri Knutov agreed with this assessment of the latest developments in the Russian defense industry.

“Armor-piercing subcaliber projectiles are designed to destroy armored targets, which in the modern theater of operations are becoming more and more and the armor is getting thicker every year. Guided missiles are capable of creating a field of fragments at a given point, which gives a high probability of hitting air targets, including drones and cruise missiles. This is a promising and interesting development that will enhance the air defense capabilities of units of the Russian Armed Forces, “he said in an interview with RT.