The coastal base for nuclear submarine robots Poseidon will be ready in the summer of 2022. The creation of a base in advance will extend the service life of this equipment, experts say. According to the terms of reference for the work (available at Izvestia’s disposal), they should be completed and handed over to the Ministry of Defense in June 2022. 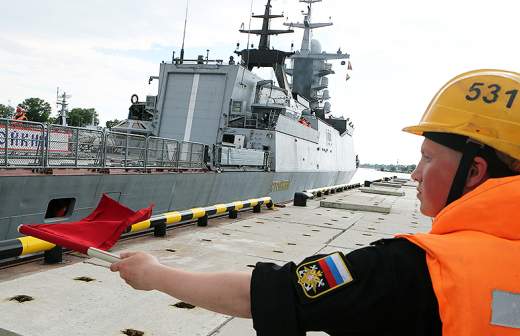 A storage and maintenance base, warehouses and workshops are being built for the Poseidons, where they will be trained for combat duty and launches. By this time, the construction of the infrastructure for the maintenance and storage of this new strategic deterrent will be completed. Tests of its first carrier are already nearing completion.

The defense department has not yet announced where the submarines armed with the Poseidon nuclear powered naval robotic complex will be based. At the end of last year, the Ministry of Defense announced the successful progress of work on the complex. The crew of the first carrier submarine has already begun the practical development of the new weapon.

Hero of Russia Rear Admiral Vsevolod Khmyrov said that in Soviet times it was a common occurrence when a new ship came to the place of registration, and there was nothing but a hastily erected floating pier. The expert added that such a technique was then practiced when the system was first created, and then they were thinking about how to provide it.

“But at the current stage of development of science and technology, it is no longer possible to do this,” the expert added, noting that the products for which the infrastructure is now being built are high-tech robots, which are difficult to maintain in working order.

House of “Poseidon”: base for nuclear robots to be completed by next summer