Planning ammunition: what advantages will the serial production of new generation corrected aerial bombs give Russia

Serial production of corrected aerial bombs (KAB series) in calibers 250, 500 and 1500 kg began in Russia. Boris Obnosov, General Director of the Tactical Missile Armament Corporation (KTRV), spoke about this. According to him, long-term contracts have been concluded for their supply to combat units of the RF Armed Forces. He also reported on the tests of a promising KAB-250LG-E bomb with a laser homing head for the fifth generation Su-57 fighter. Experts note that such ammunition can be dropped outside the air defense zone of a potential enemy, which makes it possible to protect aircraft and the lives of pilots. 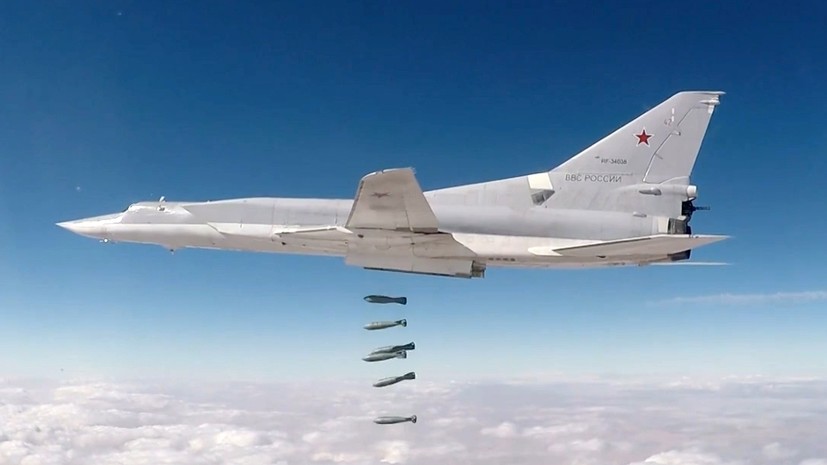 In Russia, tests have been completed and serial production of a new generation of the KAB series adjustable bombs has begun. This was announced by Boris Obnosov, Director General of the Tactical Missile Armament Corporation (KTRV).

“We have made very serious progress in the past year in the production of precisely guided aerial bombs of the KAB series. Both in their quality and quantity. Tests of a new generation of planning ammunition of calibers 250, 500 and 1500 kilograms have been completed, long-term contracts have been concluded for their supply to combat units of the Armed Forces of the Russian Federation. JSC “GNPP” Region “has started serial production of these aircraft weapons”, – quotes the words of Boris Obnosov, the publication “Military Industrial Courier”.

According to the head of KTRV, the company is primarily aimed at solving the problems of its main customer – the Russian Ministry of Defense. Vladimir Obnosov also commented on the tests of the promising KAB-250LG-E bomb with a laser homing head and high-explosive fragmentation warhead for the fifth generation Su-57 fighter.

“Tests of the Su-57 airplane with aerial bombs developed by JSC“ State Scientific Production Enterprise “Region” are being carried out in accordance with the approved program, including with the aforementioned products. Their success is confirmed by the purchase by the Russian Ministry of Defense of a serial batch of Su-57 aircraft. At the final stage of testing are also new UPAB caliber 500 and 1500 kilograms with a television guidance head, ”said the CEO of the company.

He noted that the presence of the letter “E” on a number of KTRV products does not mean that the company manufactures all products for export. It is used because only those weapons that already have an agreed export look are subject to discussion in the open press.

At a safe distance

Corrected (guided) air bombs belong to the class of high-precision weapons, as they are equipped with guidance systems and control aerodynamic surfaces. Boris Obnosov, in an interview with the Military Industrial Courier, noted that a new generation of such bombs is being launched outside the zone of operation of a potential enemy’s air defense systems.

“It is a mistake to think that all KABs are used from a short distance, thereby exposing the carrier to the attack of air defense systems. This was the case in the 1980s. These bombs had a limited operating time of the onboard turbine generator power supply, which caused limitations on the maximum drop height, and, consequently, the range of use. Today, the third generation of these aerial bombs has an increased range and is launched outside the range of air defense systems, ”said the head of the KTRV. 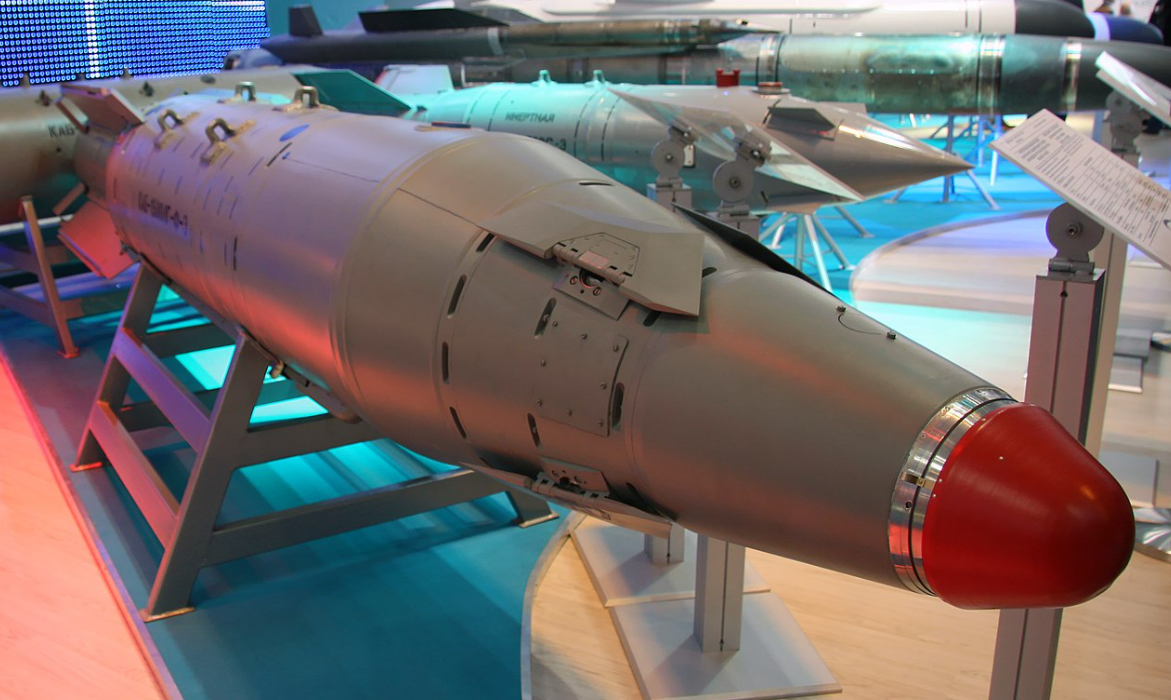 Aircraft carriers can launch such bombs outside the enemy’s air defense zone thanks to the aforementioned guidance and course adjustments. At the same time, KAB bombs can also be equipped with a propulsion system to achieve a greater gliding range.

Such bombs combine the powerful warhead of an aerial bomb with the high accuracy of guided air-to-ground missiles (probable circular deviation of 3-10 m).

Such bombs allow pilots to deliver fairly accurate strikes at the enemy from a long distance, while not risking being destroyed by anti-aircraft missile systems, military expert Yuri Knutov said in an interview with RT.

“The main advantage of these ammunition is that thanks to them the aircraft does not enter the area of ​​operation of air defense systems. Thus, the plane cannot be hit, but it will strike the same anti-aircraft missile system. In addition, they aim at the target intended for destruction with high precision and hit it, ”the expert emphasized.

The KAB-250LG-E laser-guided aerial bomb for the Su-57 fighter, mentioned in an interview with the head of the KTRV, was presented at the MAKS-2019 air show. It is designed to destroy highly vulnerable military equipment, railway junctions, warehouses, and manpower. Ammunition is used singly and in salvo from front-line aircraft.

The mass of the bomb is 256 kg, the length is 3.2 m, the diameter is 0.25 m, the weight of the high-explosive fragmentation warhead is 165 kg. The accuracy of the ammunition is twice as high as the heavier corrected counterparts. The use of KAB-250LG requires a descent to an altitude of 1-10 km. 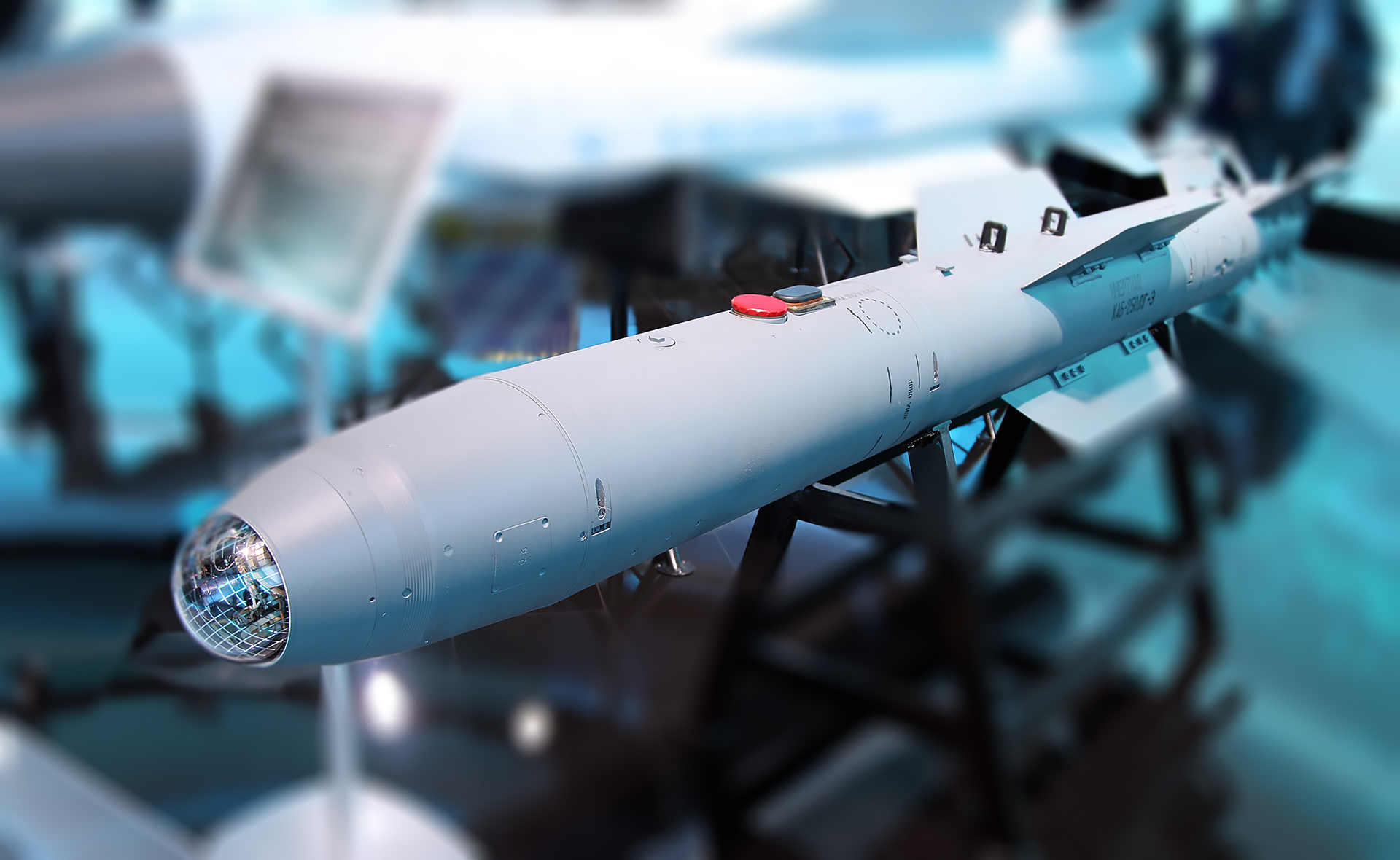 To destroy stationary ground and surface targets, such as railway and highway bridges, military-industrial facilities, ammunition depots, ships and transport vessels, the KAB-1500LG-FE bombs weighing about 1.5 tons are intended.

Boris Obnosov also mentioned the completion of tests of new guided bombs of the UPAB caliber 500 and 1500 kg. They were also presented to the public at the MAKS-2019 air show in Zhukovsky.

UPAB-1500B is designed to destroy fortified ground and surface targets. The mass of the ammunition is 1525 kg, the length is 5 m, the diameter is 0.4 m, the weight of the warhead is 1010 kg. The bomb can be dropped from a height of 15 km and cover a distance of 50 km to the target. The deviation from the target does not exceed 10 m.

The bomb can be dropped from a height of up to 14 km. The maximum range of the UPAB-500B is 40 km, the deviation from the target is no more than 10 m. The flight of the ammunition is corrected using the wings in the middle of the hull and tail fins.

It should be noted that in Russia guided and corrected bombs are being developed not only for front-line aircraft, but also reduced options for use on UAVs. For example, in the calendar for 2021, the Ministry of Defense demonstrated the Orion reconnaissance and strike UAV with adjustable KAB-20 bombs weighing 21 kg. The ammunition is equipped with a high-explosive fragmentation warhead, satellite or laser guidance systems. They are capable of destroying infantry and lightly armored vehicles.

At the international military-technical forum “Army-2020” “Orion” was presented with the UPAB-50 gliding bomb and the KAB-50 adjustable small bomb.

The range of delivery vehicles for new adjustable bombs is relatively wide, Yuri Knutov noted in an interview with RT.

“For example, such bombs can be carried by Su-25 attack aircraft, Su-24 and Su-34 front-line bombers, and soon, strike drones will also be able to do this,” the analyst explained.

As military expert Alexei Leonkov noted in a commentary on RT, planning ammunition, unlike free-fall aerial bombs, cover a greater distance to the target.

“This kind of ammunition is equipped with special control systems, as well as systems that adjust targeting, so that the flight to the target can be carried out both under the control of the operator and independently, if the target coordinates are known. Such ammunition is used in those phases of a combat conflict where, for example, there is a powerful organization of air defense systems. Thanks to them, the aircraft and pilots remain safe and sound, since they do not need to enter the enemy’s airspace to drop, ”the expert emphasized.

At the same time, conventional free fall ammunition will not be written off, since planners are still more expensive to manufacture, added Alexey Leonkov.

“This is an additional type of weaponry that will expand the arsenal of fighter-bombers and bombers,” the expert concluded.