Azerbaijan pleaded guilty to the crash of a Russian Mi-24 helicopter over Armenia, but stated that it shot it down by mistake. As reported in the Russian Ministry of Defense, on November 9, the combat vehicle accompanied the convoy of the 102nd Russian military base through the territory of Armenia. In this case, the incident took place outside the combat zone. On the same day, the authorities of Nagorno-Karabakh recognized the loss of the city of Shushi – a strategic fortress is located 11 km from the capital of the unrecognized republic, and now the approach to it is actually open. The Russian Foreign Ministry emphasizes: Russia plans to more actively participate in the settlement of the conflict in Karabakh, but is not going to interfere in it. Armenian Prime Minister Nikol Pashinyan announced on the night of November 10 that Armenia and Azerbaijan had agreed to end the war in Karabakh.

On November 9, the Russian Ministry of Defense announced the crash of a Russian Mi-24 helicopter over Armenia. Two members of its crew were killed, one was evacuated with moderate injuries to the home airfield. According to the department, the helicopter was shot down from the ground from a portable anti-aircraft missile system at 17:30 Moscow time. In the dark, he performed a combat training mission to escort a convoy of the Russian 102nd military base. The Ministry of Emergency Situations of Armenia clarified that the combat vehicle crashed in the gorge leading from the village of Yeraskh to the village of Paruyr Sevak. The helicopter was shot down in airspace outside the combat zone. 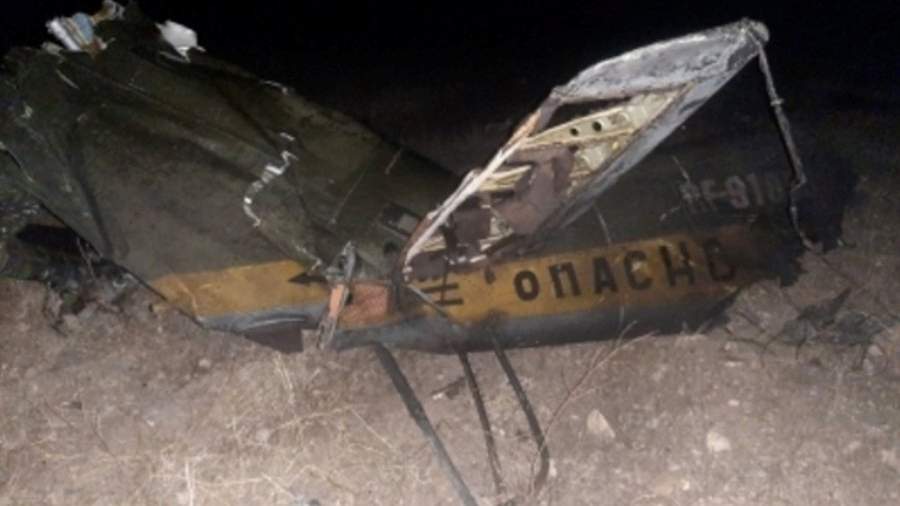 Photo: Ministry of Emergency Situations of the Republic of Armenia / Handout via REUTERS

Two hours later, the Azerbaijani Foreign Ministry issued an official statement in which it admitted that the vehicle had been destroyed by the country’s air defense systems by mistake. The department apologized to Russia “in connection with this tragic incident, which is of the nature of an accident and was not directed against the Russian side.” The ministry expressed condolences to the families of the deceased crew members and announced its readiness to pay compensation.

The rotorcraft was part of a mixed squadron, based at the Erebuni airfield since 2015. The unit is subordinated to the Russian 102nd military base and is equipped with Mi-8MTV military transport helicopters and Mi-24P combat helicopters.

– It is fundamentally important that this attack was carried out by the armed forces of Azerbaijan far from the area of ​​military operations and directly over Armenia, and not the NKR. This provides a legal basis for the RF response to protect the borders and the defense capability of the neighboring republic, ”Azhdar Kurtov, a political scientist and editor-in-chief of the journal Problems of National Strategy, told Izvestia. 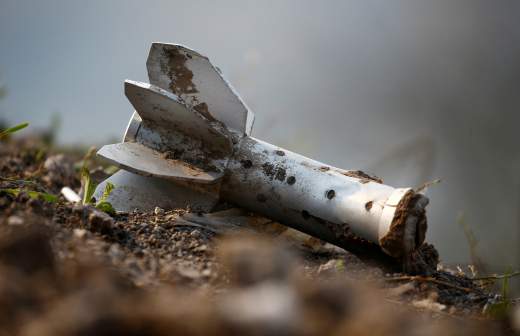 The point is not to argue: the Russian Federation called on Baku and Yerevan to abandon the ultimatums The territorial issue in Karabakh should be resolved only through negotiations

At the same time, the political scientist specified that it is possible to use the norms of bilateral treaties, according to which the Russian Federation should provide military assistance to Armenia, only if a corresponding request is received from Yerevan.

– For the time being, the Russian leadership will hold active consultations both within the country and with members of the CSTO and the Minsk Group. It is not worth expecting decisive action in the coming hours or days, ”the expert concluded in an interview with Izvestia.

The Russian Foreign Ministry said: Moscow positively assesses the fact that Baku immediately pleaded guilty to the incident with the Russian helicopter. “We also note the assurances given to us by the Azerbaijani side that an operative investigation of this incident will be carried out and the perpetrators will be punished,” the ministry added.

In the evening, Russian Foreign Ministry spokeswoman Maria Zakharova noted that Moscow does not share Ankara’s point of view on the issue of a military solution to the conflict in Karabakh. 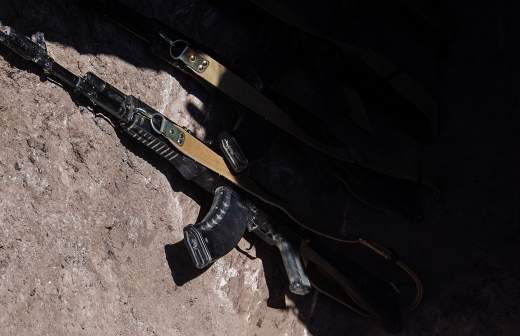 It should be said: Moscow sees no alternatives to a peaceful solution in Karabakh The Foreign Ministers of Armenia and Azerbaijan arrived in Moscow, but did not meet with each other

“We very clearly characterized our approach to the Nagorno-Karabakh settlement, saying that we do not see a forceful, military solution to this problem. As you have probably heard more than once, other statements were made from Ankara in this regard. I can only reaffirm once again the Russian point of view that our country does not support the use of force to resolve and resolve this crisis, and we are striving and calling on the parties to end hostilities as soon as possible, ”Maria Zakharova said on the air of the Ekho Moskvy radio station.

Earlier on Monday, Turkish President Recep Tayyip Erdogan said that Azerbaijan would not stop fighting until Nagorno-Karabakh came under its control.

The outcome of the three-day battles for the strategic city of Shushi was decided by the appearance of several more groups of Azerbaijani infantry near it on the morning of November 9, sources familiar with the situation told Izvestia. The dismounted mobile detachments broke the resistance of the Armenian garrison and cleared the city without waiting for their armored vehicles to approach it. The defended forces of the NKR used artillery and operational-tactical missile systems “Elbrus” in this direction. But Azerbaijan has organized a counter-battery fight with the support of drones, the sources added. 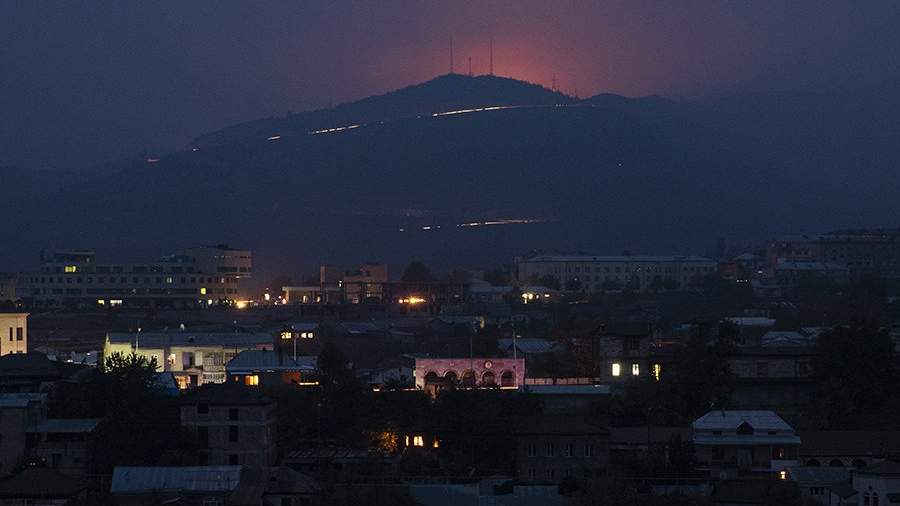 Fights in the area of ​​the city of Shushi 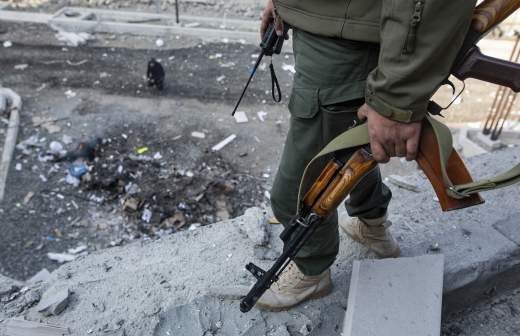 Bloody Wednesday: over 20 people died in Stepanakert, Shushi and Barda Sides accused each other of killing civilians

“Unfortunately, we have to admit the failures that still accompany us, and the city of Shushi is completely out of control,” Vahram Poghosyan, the press secretary of the President of the unrecognized Nagorno-Karabakh Republic, wrote on his Facebook page on the afternoon of November 9.

The representative of the head of the NKR also noted that the capital of Karabakh, Stepanakert, was under threat, and called for the realization of all opportunities in other directions of the city. “History will not forgive us … We are fighting to the end,” Vahram Poghosyan concluded the post.

Baku also showed the first video from the captured city in the afternoon. The Azerbaijani military planted their flags over the local administration and at the entrance to the settlement. Earlier, the Azerbaijani Defense Ministry announced the encirclement of the Armenian group in Shushi and the defeat of it with the support of attack drones. 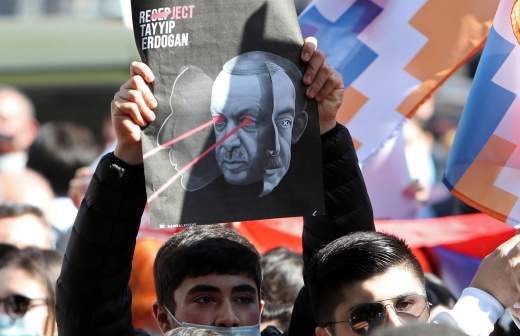 And the fourth will not happen: why Turkey’s ambitions in Karabakh do not find support Moscow sees no reason to raise Ankara’s status to the co-chair of the Minsk Group, Yerevan is also against

According to the Izvestia correspondent from the scene, on Monday people left Stepanakert en masse in buses and cars. Journalists were also evacuated from it. The road to Yerevan is fully loaded. In social networks, footage of many kilometers of traffic jams appeared on the only remaining passable road leading from NKR to Armenia.

– Military actions continue, since the main requirement of Baku is that the armed forces of Armenia should leave the territory of Azerbaijan, but Yerevan completely rejects this. Under these conditions, we have no choice but to withdraw them by force, ”Rasim Musabekov, a member of the Mejlis (parliament) of Azerbaijan, told Izvestia.

The politician also spoke about the future of the Armenian population of Nagorno-Karabakh.

– I would like to note that the Azerbaijanis are not engaged in cleaning. The Armenian population is evacuated today under the leadership of the so-called NKR regime in order to hide from the horrors of the war. After the war ends, Azerbaijan will be ready to accept the population, ensure security and guarantee basic rights, Rasim Musabekov said in a conversation with Izvestia.

Located 11 km from Stepanakert, Shushi has a strategically advantageous position and is well adapted for defense. It is located on a rocky plateau overlooking the area and Stepanakert. On three sides it is surrounded by cliffs, inaccessible for military equipment. Back in the 18th century, a powerful stone fortress was erected here, which controlled the junction of roads. 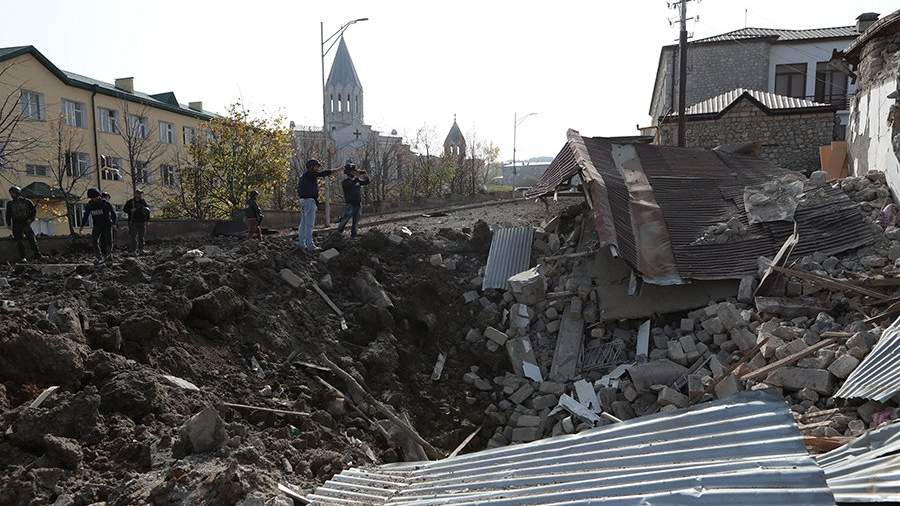 On the eve, mobile groups of Azerbaijani special forces bypassed the inaccessible city along the mountain slopes overgrown with forests and to the north of it cut the road connecting Shushi with Stepanakert, putting the garrison under the threat of encirclement. The Armenian military failed to push them out of there and break the blockade. 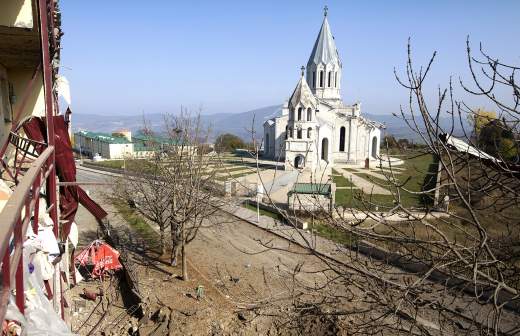 Part of Shushi: how the loss of the city will change the course of the war in Karabakh In Stepanakert, the seizure of a strategically important city is denied, despite statements from Baku

“The Azerbaijani infantry unexpectedly showed itself well in the battles for Shushi,” military expert Vladislav Shurygin believes. – Earlier it was said that Armenian soldiers are more motivated and better trained. Here their opponents marched through a difficult mountainous and wooded area, engaged in night battles and broke the defense of a strategic point convenient for defense. Of course, one cannot ignore the fact that they had complete technological superiority and air supremacy on their side.

Shushi held out for several days, but its garrison was under the threat of complete encirclement and destruction. Now there is no more convenient place for defense in front of Stepanakert. Azerbaijan will be able to freely reach the capital of the republic. It is perfectly visible from Shushi and will be completely within the reach of Azerbaijani artillery, the expert noted.

As of November 9, official Baku announces the establishment of control over 223 settlements, including five cities and three villages. In recent weeks, Azerbaijan has launched an offensive deep into the territory of the NKR, in the direction of its capital. The capture of Shushi was a prerequisite for the continuation of this operation.

On the night of November 10, Armenian Prime Minister Nikol Pashinyan said that Armenia and Azerbaijan, through the mediation of Russia, had agreed to stop hostilities in Nagorno-Karabakh from 01:00 (00:00 Moscow time). According to him, he made this decision as a result of an in-depth analysis of the military situation.

“I kneel before all our victims. I bow to all our soldiers, murderers, generals, volunteers who defended and defended their homeland with their lives, ”he wrote on Facebook.

This decision on the ceasefire regime is already the fourth since the beginning of hostilities – on September 27. Prior to this, the truce was not respected.