The Azerbaijani military can modify the An-2 aircraft at their disposal to turn them into unmanned precision weapons. According to Izvestia sources familiar with the situation in the region, for this purpose, biplanes are loaded with additional fuel and explosives and sent to ram enemy positions. According to the interlocutors of the editorial office, old aircraft are equipped with control drives and the simplest autopilot using satellite navigation, as a result of which such a device can fly along a programmed route and attack stationary targets. Baku refutes this information, although it does not deny the use of other types of drones. The destructive power of drones based on the An-2 can be comparable to cruise missiles, but the size and slow-moving speed make the “maize” an easy target for any air defense system, experts say.

In the conflict zone 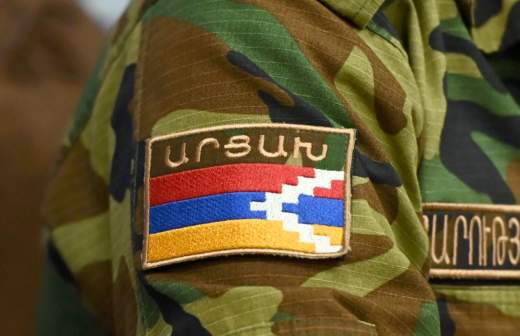 Confrontation: what is known about the combat potential of the Armed Forces of Armenia and Azerbaijan. Both countries have at their disposal modern military equipment and tens of thousands of soldiers. But it’s not enough to win

Since the beginning of the current exacerbation over the conflict zone, at least five units of modernized “cornmen” have been shot down trying to break through the front line, Izvestia sources specified. According to them, two of these aircraft were destroyed on Monday, October 12. The Armenian Ministry of Defense provided video footage of the fall of two flaming An-2s, which collapsed to the ground side by side and almost simultaneously. As in previous cases of the defeat of such aircraft in the conflict zone, the crew did not leave them with parachutes. In the first week of fighting, the video shows the destruction of three more aircraft of this type over the front line. The journalists examining the wreckage of the biplanes did not find the bodies of the pilots in them.

Izvestia sent a request to the Armenian Defense Ministry about the total number of downed Azerbaijani An-2s and whether they could cause any damage. No response had been received at the time of publication. 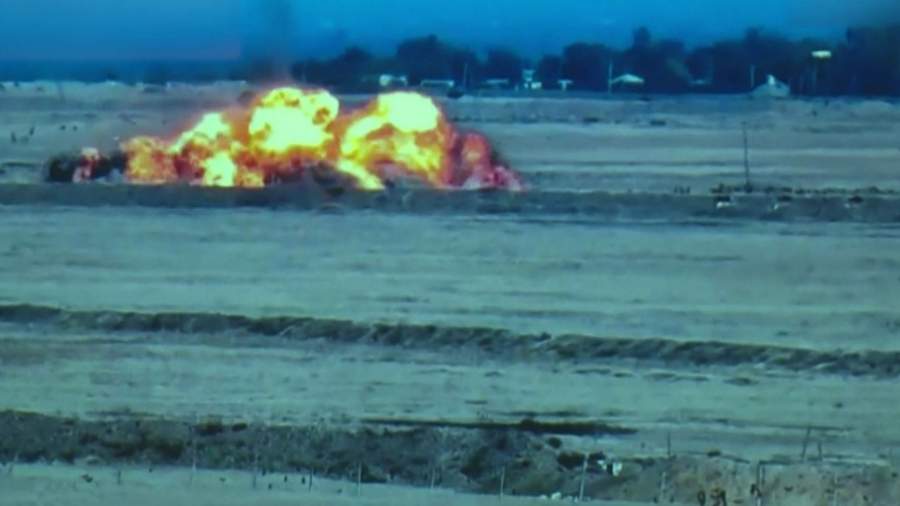 An-2, destroyed by the air defense of Armenia

Photo: Ministry of Defense of Armenia

The single information center of Nagorno-Karabakh reports about 18 shot down enemy aircraft, without specifying their types. Earlier, the NKR announced the destruction of Azerbaijani Su-25 attack aircraft and MiG-29 fighters, but all the debris recorded in the photo and video belong to drones and An-2.

Upland landslide: more and more heavy weapons are being used Armenia and Azerbaijan have not yet used all of their combat capabilities

Azerbaijan does not recognize the loss of the Antonovs, as well as other types of aircraft. From the very beginning of the conflict, on September 27, official Baku has never provided official information on the number of soldiers killed or lost equipment.

The head of the press service of the Azerbaijani Defense Ministry, Vagif Dargahli, on Monday accused the Armenian side of falsifying the video of the An-2 crashes “using graphics and animation” and said that all the drones of his country “are safe and sound and are in combat formation.”

At the same time, Azerbaijan does not hide the massive use of Harop kamikaze drones and Israeli-made Orbiter loitering ammunition in combat, as well as the Turkish Bayraktar attack drones. The country’s military department often publishes footage of the defeat of enemy troops and military equipment. 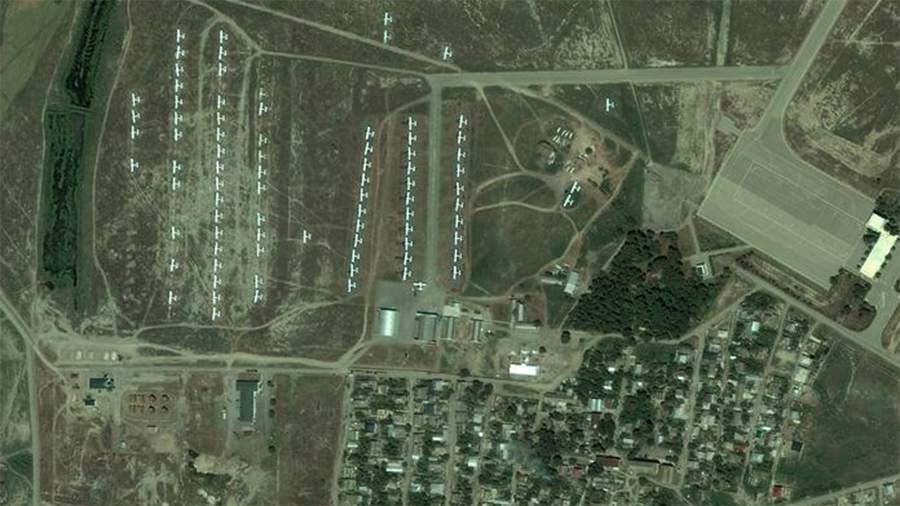 An-2 aircraft at the airport of the city of Yevlakh, Azerbaijan

Satellite images of the airfield in the Azerbaijani city of Yevlakh show more than 60 An-2s in the same white livery, similar to the color of downed biplanes. From there it is only about 50 km to the battle area. But this airfield is not included in the number of bases of the Azerbaijani Air Force. 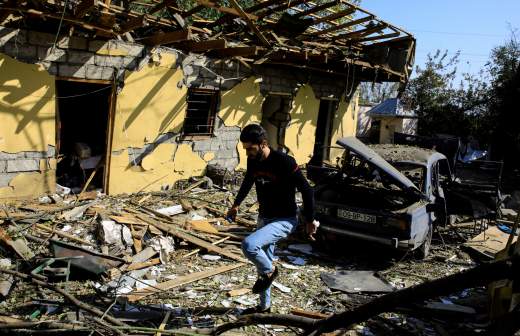 Guns off: the ceasefire should defuse the situation in the NKR None of the parties to the conflict is ready for more serious concessions

Izvestia sent a request to the Azerbaijani Ministry of Defense about whether they have An-2 in their arsenal and whether they are used in an unmanned version. No response was received at the time of publication.

“Today the An-2 is in flight condition like one Israeli kamikaze drone,” military historian Dmitry Boltenkov told Izvestia. – Azerbaijan inherited dozens of such aircraft from the USSR, mainly in civilian versions. But the resource of the majority has long been exhausted. Such machines cannot be operated. So the idea to dispose of them in this way is quite understandable. Even if they do not break through the air defense system, they will force it to react, spend ammunition, and reveal itself. Then more modern drones will strike at it. And in case of a successful hit on the target, the effect will be comparable to a serious ballistic or cruise missile. 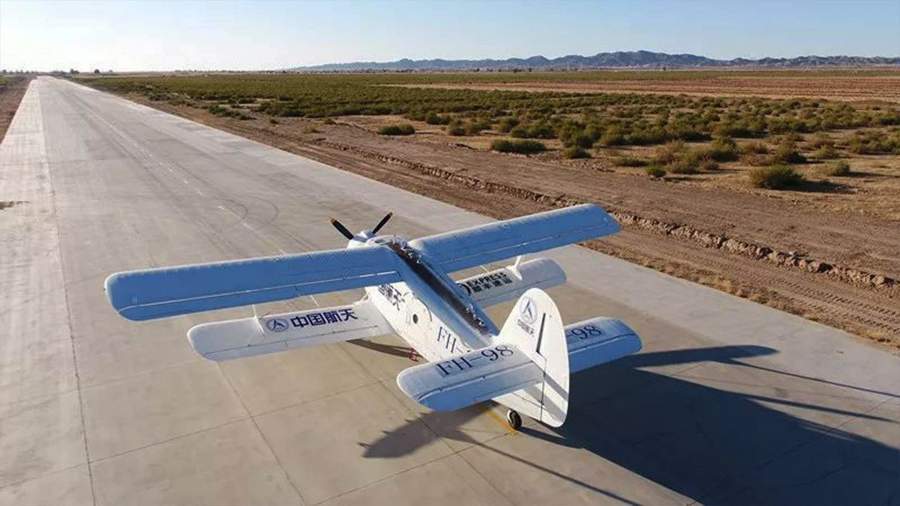 Unmanned aircraft Feihong-98 made in China, created on the basis of the Y5B aircraft 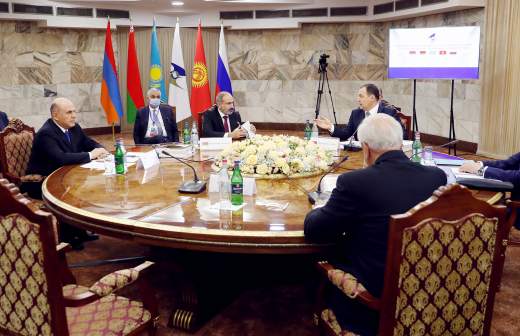 Nagorno collapse: Mishustin called for an immediate ceasefire in Karabakh The visit of the Russian Prime Minister to Yerevan and consultations in Moscow will help stop the bloodshed, experts say

In the USSR, the MiG-15 and MiG-21 fighters being removed from service were massively converted into radio-controlled targets. Therefore, there is nothing impossible in the transformation of the An-2. Modern electronics make the task even easier. In Syria, militants repeatedly tried to break through the defenses of the Russian Khmeimim airbase with home-made drones-bombers with a simple navigation and control system, the expert recalled.

An attempt to turn the An-2 into an unmanned transport aircraft was previously undertaken by the Chinese company China Aerospace Science and Technology Corporation. She upgraded the UAV’s licensed version, produced in China under the designation Y5. The biplane took off in 2018, and in August this year made its first commercial flight in Inner Mongolia (Autonomous Region of China).

The light transport biplane An-2, nicknamed “maize”, has been produced by the aviation industry since 1947. It entered the Guinness Book of Records as the only aircraft to be produced for over 60 years in a row. In the USSR, Poland and China, more than 18 thousand of its variants were produced. More than a thousand of them are still in operation around the world, mainly in Russia. 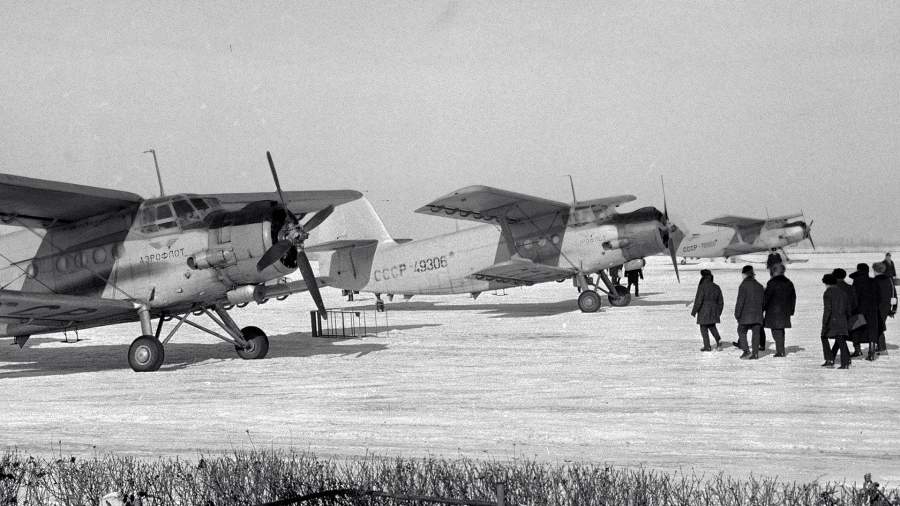 Passengers before boarding planes at the airport Vinnitsa, Ukrainian SSR, 1969

The plane lifts 1.5 tons of cargo into the air. Its height ceiling is 4.5 thousand meters, and the maximum speed does not exceed 258 km / h. The Antonovs were actively used throughout the USSR and in the countries of the socialist camp for local passenger and freight transportation in hard-to-reach areas, for agricultural work and mail delivery, they were exported to 26 countries of the world.

In the transport and passenger version, it can carry up to 12 people over a distance of 1,000 km. The aircraft is distinguished by extremely high take-off and landing characteristics. He needs short dirt strips only 500 m long. 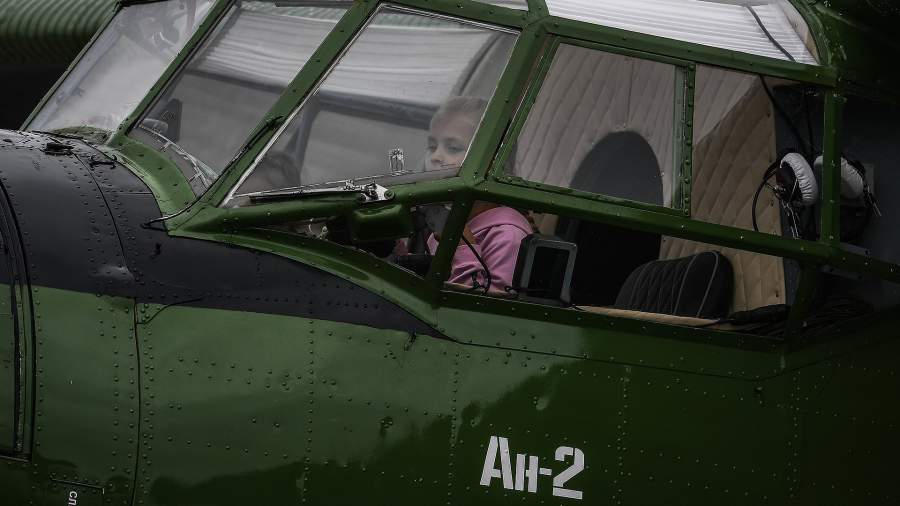 In military affairs, the An-2 was used for reconnaissance, communications and delivery of goods to unprepared sites. There were also armed versions, on which it was possible to hang bombs weighing up to 250 kg or blocks for unguided rockets. The plane managed to take part in dozens of armed conflicts around the world. In Russia, it is still used for the initial training of paratroopers in parachute jumping.