Russian troops have received protection from hypersonic missiles. The complex of tests of the S-300V4 anti-aircraft missile system has been completed. During test launches, it was confirmed that it is capable of striking not only modern targets, but also those objects, work on which abroad is still far from complete. In particular, we are talking about operational-tactical, and most importantly – about hypersonic weapons. The success in its creation is regularly announced by US President Donald Trump. According to experts, the “300th” air defense systems equipped with the latest Russian missiles will provide reliable protection against foreign developments for 10-15 years to come.

The tests of the S-300V4 took place in several stages, including within the framework of the Caucasus-2020 exercises, Izvestia sources in the military department said. They have now been completed. The anti-aircraft system has confirmed its ability to intercept promising developments: operational-tactical and hypersonic missiles.

The “three hundredth” complex received the ability to hit hypersonic targets thanks to the new ammunition created especially for it. Earlier, the Ministry of Defense reported that “the newest S-300V4 air defense missile system has a hypersonic speed, which makes it possible to guarantee the destruction of various targets, including cruise and operational-tactical missiles. Air defense systems of this type hit all modern and promising means of aerospace attack of the enemy at ranges of up to 400 km. “ 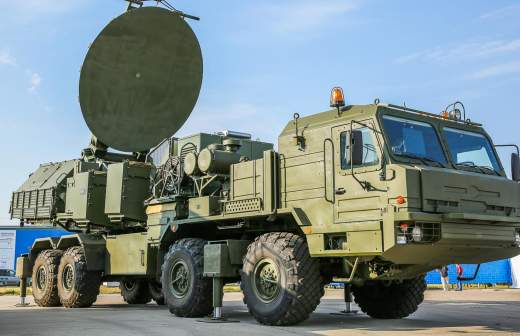 Today, only Russia has hypersonic weapons. In foreign countries, it is under development. But the means of defense are always created with a perspective of 10-15 years – in order to protect not only from modern means of attack, but also from those that will appear in the future, Lieutenant General Aytech, ex-deputy head of the Air Force for the Common Air Defense System of the CIS, told Izvestia Bizhev.

– A series of complexes S-300V2 and S-300V4 were originally developed for anti-missile defense in the theater of operations, – he explained. – A new-generation rocket is currently being tested, which will provide reliable protection against modern and promising types of weapons for many years. The potential adversary has no chance. And as for the American statements about their hypersonic weapons, no one has yet seen their developments in action.

The Pentagon confirmed the president’s words, saying that they are working to create a line of supersonic missiles “to counter our opponents.” However, allegations of 17 times the speed of sound have not yet been confirmed. In early September, the American military department reported on successful tests of prototypes of hypersonic weapons. At the same time, the command of the US Armed Forces admitted that it was lagging behind Russia and China in this area.

In mid-October, the American Air Force Magazine first named some of the official characteristics of the promising AGM-183A ARRW hypersonic missile, which is being developed by Lockheed Martin. Major General Andrew Gebara, Director of Strategic Plans, Programs and Requirements of the US Air Force Strategic Command, told the publication that the product can fly a thousand miles (approximately 1.6 thousand km) in 10-12 minutes. That is, the American development moves at a speed of approximately Mach 6.5-8.

The S-300V4 is considered a breakthrough defense system against any type of air attack. The capabilities of this air defense system make it possible to cover from air strikes two to three times more than a classic “three hundred” can. This noticeably pushes the area of ​​destruction of air targets. The new systems are guaranteed to intercept the warheads of medium-range missiles. As part of the air defense system, there are special narrowly targeted radars and launchers with the ability to hit ballistic missiles.

The S-300V4 complex, judging by open sources, includes two types of missiles: medium-range with a range of 100-120 km and long-range, capable of hitting targets at a distance of more than 200 km. It was the latest products that could be upgraded to such characteristics that allow them to hit hypersonic targets, suggests Dmitry Kornev, editor of the Militaryrussia portal. 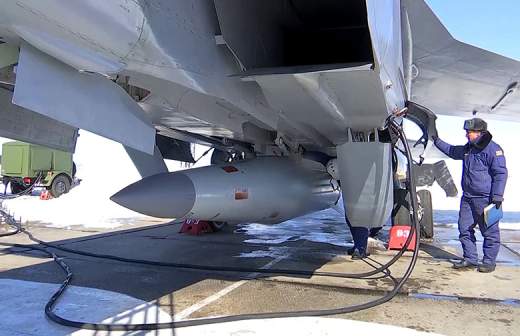 Aerial slaughter: air defense forces during maneuvers reflected modern threats During exercises in the south of the country, for the first time, they practiced defense against an attack using hypersonic weapons

“The ability to intercept operational-tactical missiles was also possessed by the previous modification of the S-300V complex,” he told Izvestia. – Now the range of goals has been expanded. Firstly, due to the modernization of equipment, in particular, the radar and the command post. And secondly, due to more modern missiles. Their fuel is more efficient and the hardware part of the control system is more perfect.

According to Dmitry Kornev, the main problem of intercepting hypersonic vehicles is not only their speed, but also the fact that they go at a relatively low altitude and maneuver. If a ballistic missile can be detected several thousand kilometers away when it rises to altitude, then a low-flying object will be detected much later, and there will be little response time.

“The system for intercepting hypersonic vehicles must be very fast,” the expert explained. – This applies, first of all, to computing complexes and control and detection systems. In addition, a missile fired at a maneuvering target will have to maneuver itself, and with even greater overloads. Otherwise, it simply will not be able to turn in the direction of the object that changed the direction of flight.

According to the expert, the missile guidance system plays an important role here. Ground-based facilities are not very suitable for this. Despite the fact that the transfer of data between them and the missile takes a split second, this is an unacceptably long time when it comes to intercepting a hypersonic product. Therefore, the ammunition must be self-guided. In the future, they will be able to be equipped with several striking elements that will scatter along different trajectories, Dmitry Kornev suggested.

The S-300V4 modification entered service with the Ground Air Defense in 2014. The updated version is now fully digital. It is capable of simultaneously firing at and guaranteed to hit 24 aerodynamic targets, including stealthy objects, including stealth aircraft or 16 ballistic missiles flying at speeds up to 4,500 m / s. The range of destruction is 400 km.

Today it is the longest range system in its class. It has great potential for modernization. In the future, new capabilities will also make it possible to hit hypersonic aircraft.