Private Anton Makarov, who shot three colleagues at the Baltimore airfield in Voronezh on the morning of November 9, was not legally exempted from duty, despite the alarming results of psychological testing. As Izvestia was told in the association of lawyers of law enforcement agencies “Guard”, moral qualities are not considered an obstacle to conscription. During the test, Makarov was found to have a low level of neuropsychic stability and low adaptive potential, Izvestia sources in the military department said. That is why he was sent to a unit that does not intend to interact with weapons. Now, on the fact of what happened in Baltimore, a case has been opened under the articles “Murder” and “Theft of weapons.” Psychologists interviewed by Izvestia associate the outbreak of aggression that led to the tragedy with infantilism and lack of socialization. However, a number of experts believe that the assessment of the adequacy of the mental state of servicemen is a big problem.

An emergency at the Baltimore airfield in Voronezh occurred at 5:30 am on November 9 at the location of the 47th mixed air regiment. Major Sergei Yermolaev, who was on duty, entered the barracks, where Anton Makarov stood in his attire, and reprimanded the soldier. After that, according to the Investigative Committee, the soldier killed the officer with a fire ax, took his service pistol from him and opened fire on his colleagues who came running to the noise. As a result, corporal Sergei Kozhokin and private Ninail Aktaliev were killed. Another soldier with bullet wounds is in the hospital, his life is out of danger. 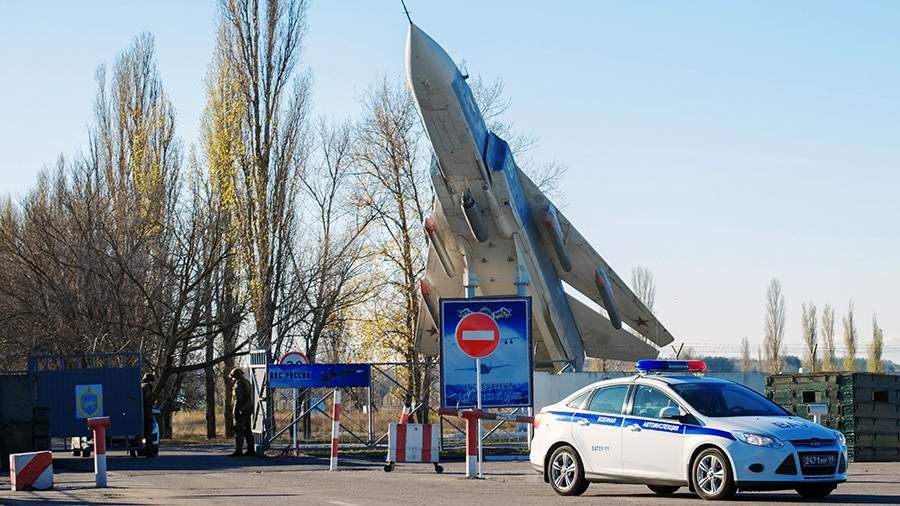 A military motor vehicle inspection service car at the Baltimore military airfield, where three soldiers were killed in an attack by a soldier 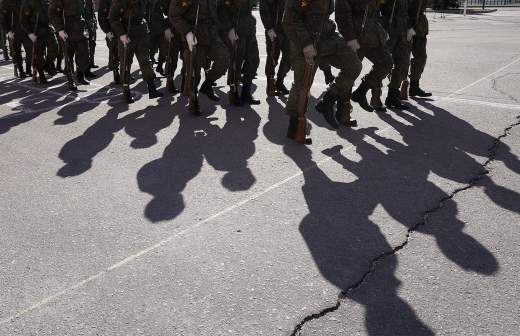 Find Private Weber: a soldier found dead was accused of theft and drug use Investigators closed the case of driving a private to suicide, but the guardian of the deceased conscript does not believe in the version of suicide

Having dealt with his colleagues, Makarov disappeared. Only ten hours later he was found in the village of Zemlyansk, Semiluksky district, 47 km from Voronezh. According to media reports, the suspect tried to escape in a stolen car. It was also reported that the driver of the Gazelle, whom the soldier forced to take him to one of the streets of Voronezh under the threat of a pistol, allegedly complained that “he was offended in the military unit and he was tired of it all.” However, there is no confirmation of this yet.

For a triple murder, a 20-year-old soldier – if the case goes to trial – faces punishment up to life imprisonment.

Major Sergei Ermolaev, who died in Baltimore, served as the commander of the Su-34 bomber flight. On account of his dozens of successful combat missions in Syria. The officer was 38 years old.

The 47th mixed air regiment moved to Voronezh quite recently. In August, Izvestia reported that the unit was returning to Baltimore from the Buturlinovka airfield, where it had been withdrawn several years ago. The planes have not yet arrived in Voronezh.

I was obliged to serve

20-year-old Anton Makarov served in the airfield technical support battalion (BATO). Sources in the military department told Izvestia that during psychological testing it turned out that the soldier is mentally unstable and has a low adaptive potential. Therefore, he was assigned to the BATO, since he did not have access to weapons there. Also, the soldier was not involved in guard duty. 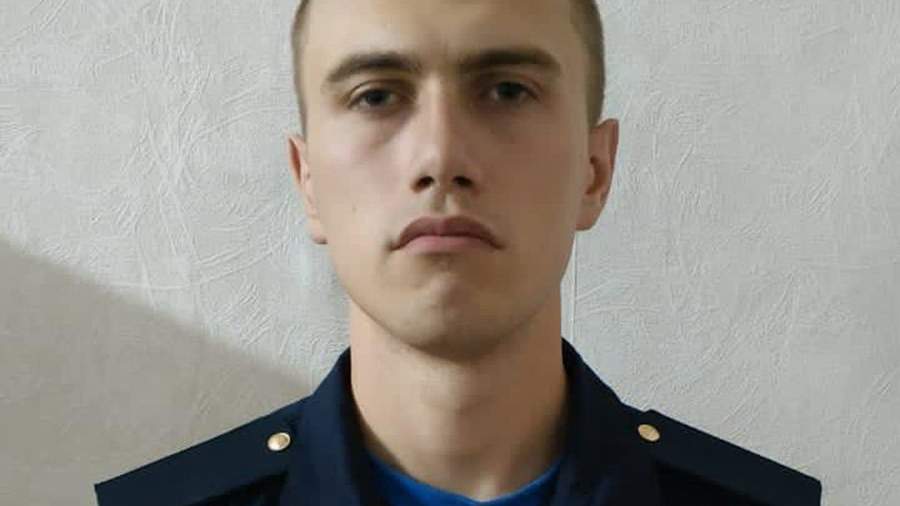 According to Oleg Zherdev, the founder of the Gvardia lawyers’ association for law enforcement agencies, moral qualities cannot be grounds for exemption from military service. If the medical board, including the psychiatrist, has found the conscript fit, he goes to serve. And his psychological profile is taken into account when assigning to a position. However, it was illegal to dismiss Makarov from the ranks of the Armed Forces. 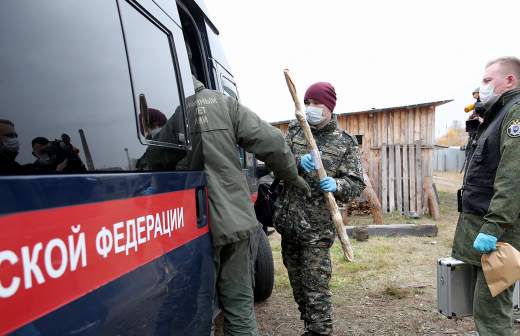 – We cannot say that he could not have been summoned. The law defines the list of persons who are not called up: convicts, patients, graduate students, etc., – Oleg Zherdev explained to Izvestia. – But low moral qualities are not an obstacle to conscription. Such people should not be trusted with weapons, but in this case, the soldier did not have access to them anyway. A conscript can be physically and mentally healthy, but at the same time not motivated to serve and not have high moral and business qualities. But low moral and business qualities are not grounds for exemption from conscription. There has always been such a category of soldiers in the army. These people served at remote sites, for example, at some water pumping station. When the units had subsidiary farms, so-called pigs were formed from them. Subsequently, some of these people adapt to the service and their degree of professional aptitude can be changed and weapons are entrusted to them. But due to the fact that now the service life is short, adaptation in the required volume does not occur.

It is necessary to understand what happened – to find out the soldier’s past and find out who and why called him into service, military expert Vladislav Shurygin believes. According to him, in recent years, such incidents have become noticeably fewer, so each of them causes a serious public outcry.

– Such situations, after a person realized what he had done, often ended in suicide. This soldier wanted to live, and this suggests that, perhaps, everything is fine with his psyche. I think, if it is not found out that he has had some kind of diagnosis since childhood, he may be considered sane, ”the expert told Izvestia.

The shooting in Voronezh took place on the days when a trial is underway for a similar crime committed at the end of October last year in Transbaikalia. Then private Ramil Shamsutdinov opened fire on his colleagues during the guard. Eight people were killed, two were injured. He explained the crime as “a nervous breakdown due to bullying.”

In Baltimore, the cases of hazing allegedly reported by Makarov have not been confirmed, Alexander Latynin, a lawyer from the Committee of Soldiers’ Mothers of Russia, told Izvestia. 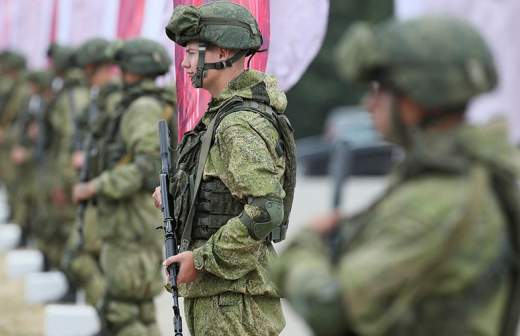 Sociological interrogation: commanders will be fired for the bad mood of the soldiers Special centers will monitor the moral and political state of military units

– The officer on duty who arrived with the check in the morning was not Makarov’s immediate superior, so to say that the officer scoffed at this serviceman so that he would chop him down with an ax, and subsequently took possession of his weapon, is a stretch, he said. – On this occasion, many other questions arise: why are they letting in servicemen with a rather shattered psyche in our country and why psychologists do not work with such servicemen?

Assessment of the adequacy of the mental state of servicemen is very important, and psychiatrist Mark Sandomirsky agrees.

– In the presence of latent mental disorders during service, these disorders tend to aggravate, – he said. – But in each case it is necessary to understand in detail. A forensic psychiatric examination should be performed. Before the announcement of the final conclusions, we can only presumably talk about even obvious things. In addition, there is a common problem of deteriorating mental health in our society. 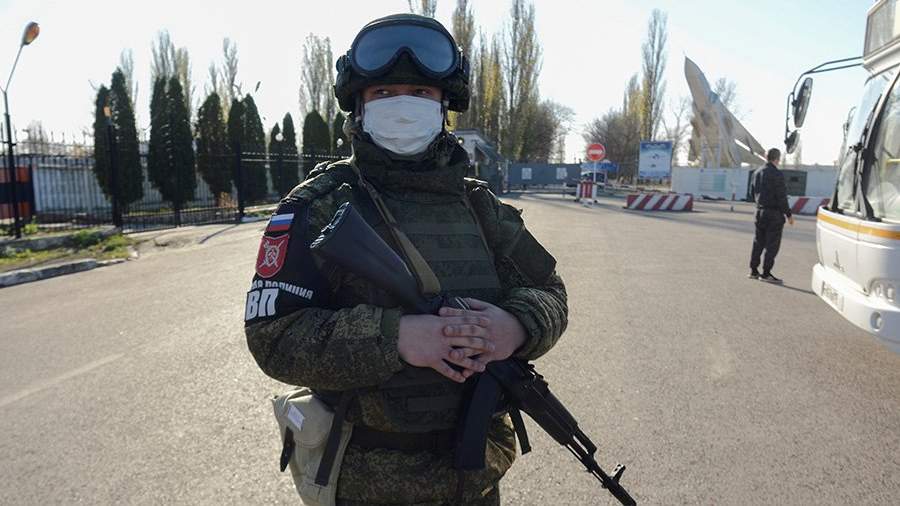 According to psychiatrists, outbreaks of aggression in modern young people are the result of a lack of normal socialization in childhood and adolescence. 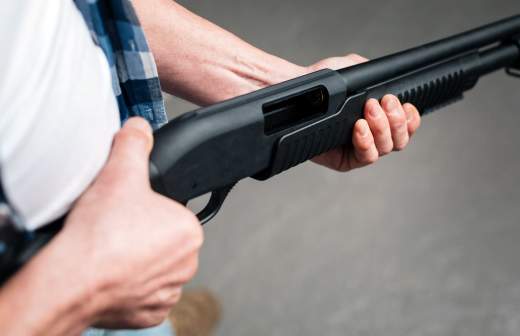 A person in crisis: psychologists have found common features of street shooters. Increasingly, the motive is religious, racial hatred, misogyny and the desire to become famous

– I would talk about separation, adaptation and elements of socialization – the components that allow young people to confidently go out into life. It is they who are now lacking in young people, ”psychiatrist Alexander Fedorovich explained to Izvestia. – These are mechanisms that allow you to resist stress. And the army is primarily stressful, especially for those who were desocialized before the army. Experiencing stress is a biological response, it is the body’s ability to withstand external influences. A person who gets into a stressful state must get out of it precisely through socialization, and this does not happen due to a lack of skills.

“Infantilism affects the psyche: neuroses, depression, chronic fatigue,” she told Izvestia. – This is a sign of ill health, although it is quite common. Up to 70% of high school students suffer from this, because the school teaches to obey, not think. Bullying flourishes on this mechanism. And aggression is the answer to this infantilism. The child does not develop some of the mechanisms that he needs for adulthood, due to the demand to obey. The teenager should develop critical thinking. Roots sit in an unlived teenage crisis. And we get a lot of adults, in big bodies, but in fact, these are people of 12-15 years old. And, naturally, there is no critical thinking.

According to the specialist, mood swings and sharp affective outbursts occur when a person loses awareness. This, the expert noted, is associated with the characteristics of the nervous system and character.