Project 22800 ship “Odintsovo”, equipped with “Caliber” missiles, was accepted into the Navy. This was announced on Saturday, November 21, by the press service of the Baltic Fleet. 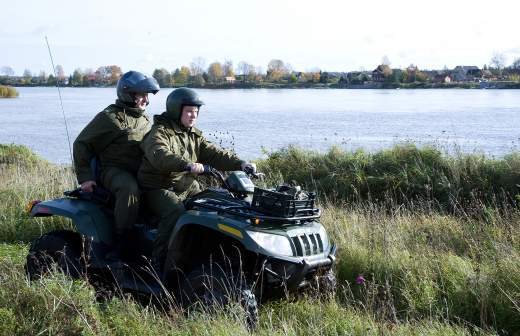 Coastal defense: Estonia is preparing to blockade the Baltic Fleet of Russia Tallinn intends to establish full control over the water area of ​​the Gulf of Finland and take aim at St. Petersburg

“A solemn ritual of the first raising of the Russian Navy flag took place in Baltiysk on the newest 22800 Karakurt small missile ship (MRK) Odintsovo, built for the Baltic Fleet at the Pella shipyard,” the fleet said in a statement.

The ships of this project can perform tasks both as part of squads and groups, and alone.

Last week the frigate of the Northern Fleet “Admiral Kasatonov” hit a target with a missile “Caliber” at the test range in the Arkhangelsk region from the waters of the White Sea.

In September, the crew of the Kolpino submarine of the Black Sea Fleet successfully hit a coastal target with the Kalibr missile system as part of the Kavkaz-2020 exercise.