The Russian S-400 anti-aircraft missile systems are many times superior to the previous S-300 systems in terms of characteristics and capabilities .. This is stated in the publication of the American magazine The National Interest. 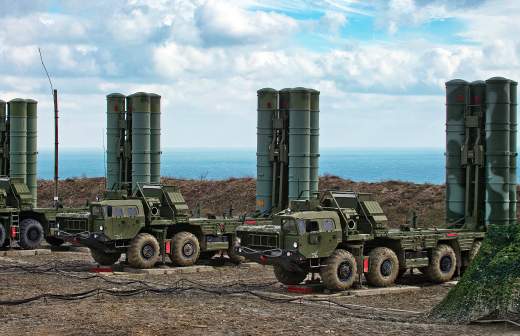 Missile defense: US will punish Turkey for Russian S-400s Administration of outgoing President Trump will not go against Congress on this issue

The publication notes that the S-300 is a long-range air defense system, while the newest Russian complex is much more versatile and capable of hitting targets both at short and long distances thanks to four different types of missiles.

The article indicates that the S-400 can simultaneously hit up to 80 targets and 160 guided missiles. This characteristic is becoming especially important due to the proliferation of unmanned aerial vehicles.

In addition, the author of the material adds that over the past decade, Russia has managed to sign many large export contracts for this air defense system. Famous S-400 customers include countries such as China, Turkey and India, while Iraq, Egypt, Vietnam, Qatar and Saudi Arabia have also shown interest in purchasing missile defense systems in recent years.

Earlier, on December 17, Russian military expert Igor Korotchenko said that Russian intercontinental ballistic missiles are capable of overcoming the American anti-missile defense (ABM) system through their new combat equipment. According to him, within the next 15-20 years, the United States will not be able to develop effective means of anti-missile interception.