Sergei Naryshkin, director of the Foreign Intelligence Service (SVR) of Russia, said that at one time he personally encountered betrayal in intelligence. According to him, every betrayal is a heavy blow. 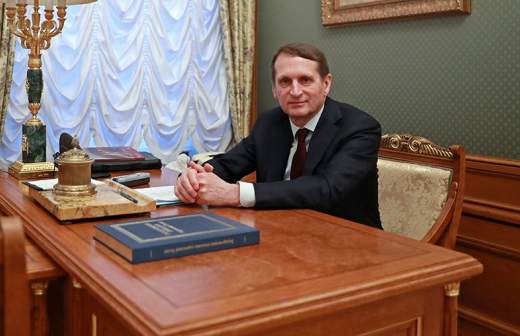 “In my personal professional career, I also met a traitor on my way. One thing is reassuring – these traitors have either already burned out in the fire of hell, or they will definitely burn out, ”the head of the SVR said in an interview with the Zvezda TV channel on Sunday, December 20.

He did not specify who the traitor was, adding that he was not worthy of it. “A traitor is a traitor. Well, what to tell about him? He is not worthy of this, ”Naryshkin emphasized.

He also named possible reasons for the intelligence betrayal. “One of the reasons is that during the selection period, in the first period of the service, some qualities, motives that lead to this were not revealed. This is the first thing. Second, it cannot be ruled out that over the years, the employee has undergone some internal changes in his consciousness, under the influence of one or another of his personal qualities or the circumstances in which he found himself, ”said the head of the SVR.

Naryshkin also said that a thorough analysis of the reasons for betrayal is always carried out, as well as an analysis for the purpose of ensuring intelligence activities: “what he knew, whom he knew in order to limit this amount of possible losses.”

On December 20, the SVR celebrates the 100th anniversary of its foundation. Earlier on the same day, Russian President Vladimir Putin visited the headquarters of the Foreign Intelligence Service and congratulated security officials on their professional holiday. The Russian leader also laid flowers at the monument in honor of Russian intelligence officers.

Day of the employee of the security agencies in Russia is celebrated by employees and veterans of the special services of the FSB, SVR, FSO and the Main Directorate of Special Programs of the President of the country on December 20.