The Russian military raised a MiG-31 fighter to intercept the R-3C Orion aircraft of the Norwegian Air Force over the Barents Sea, the National Defense Control Center (NTSUO) of the Russian Federation reported on Thursday, September 3. 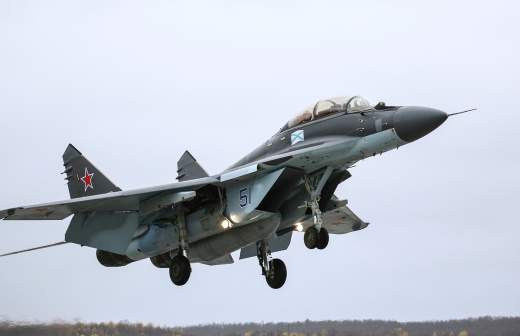 “The crew of the Russian fighter identified the aerial target as the plane of the basic patrol aircraft R-3C Orion of the Norwegian Air Force,” Interfax quotes the text of the message.

It is noted that in order to identify the air target and prevent violation of the Russian border, a MiG-31BM fighter was raised from the air defense (air defense) forces of the Northern Fleet on duty.

On September 1, a MiG-31 fighter from the air defense forces of the Northern Fleet also rose to intercept a Norwegian patrol aircraft over the Barents Sea. There was no violation of the country’s borders.

On August 24, a Russian Su-27 fighter took off to intercept reconnaissance aircraft of the US Air Force, the Swedish Air Force and the German Navy over the Baltic Sea.

According to the National Defense Control Center, the aerial targets were identified as the US Air Force RC-135 strategic reconnaissance aircraft, the Swedish Air Force’s Gulf Stream reconnaissance aircraft and the Orion Orion patrol aircraft of the German Navy. At the same time, the latter, in order to achieve stealth approach to the state border of the Russian Federation, flew over the sea at low altitude – 500 m and low speed – 250 km / h.