The idea of ​​creating a hybrid of military uniform and liturgical vestments for military priests is unsuccessful. This opinion was expressed by the chairman of the Synodal Department for External Church Relations (DECR) of the Moscow Patriarchate, Metropolitan Hilarion (Alfeyev) of Volokolamsk on September 5 on the air of the program “Church and Peace” on the TV channel “Russia 24”. 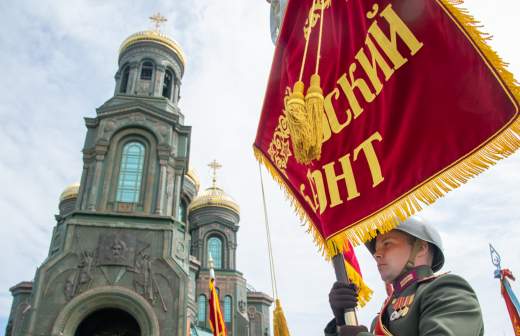 In special care: what awaits the main temple of the Armed Forces The Resurrection Cathedral will pray for the military and train recruits who have chosen alternative service

“I think that priests, in the performance of their direct official duties, have the vestments that have been formed over the centuries. (…) And the clergy in the army, when they are engaged in the pastoral care of the military, they, of course, should wear their own uniform, and not some hybrid of a military uniform with a church priestly robe, “TASS quoted him as saying.

On the battlefield, priests can dress up in military uniform, the bishop added.

In August, during the Army-2020 forum, camouflage field vestments for priests in the army and khaki-colored church candles were presented. The head of the Synodal Department for Interaction with the Armed Forces and Law Enforcement Agencies of the Moscow Patriarchate, Bishop Stephen of Klin, stated that the show had not been coordinated with the church.