At the recent large-scale strategic exercises Kavkaz-2020, the marines tested new equipment for themselves. At the Crimean training ground Opuk from the landing ship “Azov” were landed “afloat” not only regular armored personnel carriers, but also BMP-3. This well-armored tracked combat vehicle is equipped with a 100 mm cannon, a 30 mm automatic cannon and three machine guns. The experiment on the use of such technology in the interests of the Marines is recognized as successful. In the future, a battalion in new vehicles will appear in each brigade of this kind of troops, Izvestia sources in the military department said. Military historian Dmitry Boltenkov figured out what this will give to the “black berets” and how it will change the combat power of the marines. 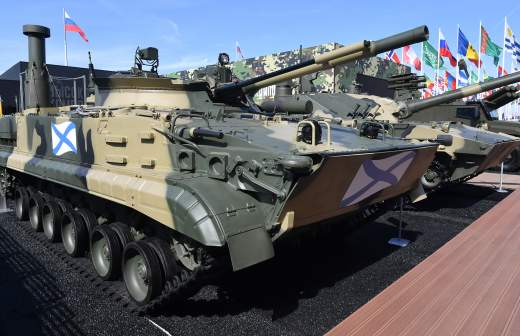 Surge with the wave: the marines will receive new combat vehicles Formations of “black berets” will equip the BMP-3F with increased buoyancy

The BMP-3 is a well-armed combat unit. She can carry up to ten people. The armor protects the crew and troops from bullets and shrapnel. The car is capable of swimming in waves up to three points. But most importantly, it can provide a flurry of fire using 100mm and 30mm cannons and three machine guns. In addition, it carries anti-tank guided missiles.

The missions of the Marine Corps are to disembark and seize the bridgehead. Only later, units of ground forces with heavy weapons arrive on the occupied territory. But the most difficult and bloody battle was for the landing. The shore can be well fortified. Before the landing, naval artillery and aircraft strike the enemy, but still a number of enemy firing points can survive. So, in the film “Saving Private Ryan” a similar operation of the Americans on “D-Day” in the “Omaha Landing Zone” is shown quite well. Then the entire first echelon lay under the German machine guns. And this despite the fact that the preliminary German defense was softened by the large-caliber cannons of the Allied battleships and aerial bombardment. 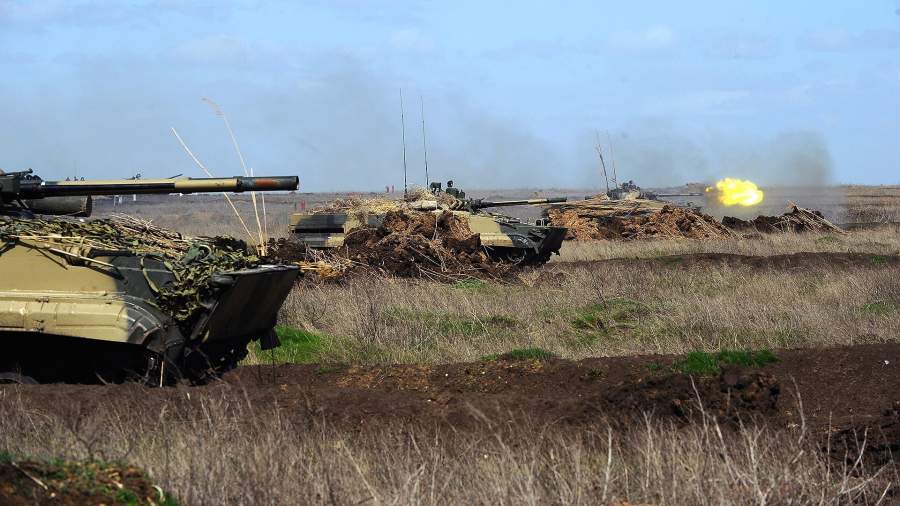 Therefore, it is highly desirable to deliver the infantry to the shore in vehicles protected at least from machine-gun bullets. It is even better to use heavy equipment, but it does not float, and it is extremely difficult to find a convenient shore for disembarkation. The Russian marines are armed with equipment capable of covering the distance on water. First of all, these are armored personnel carriers. They can be landed not only on the shoreline, but also “afloat” when the landing ship is at some distance from the shoreline. For the first wave of the landing, of course, it is desirable to use tanks, but for this the landing ship must approach the very edge of the coast, which is not always possible. 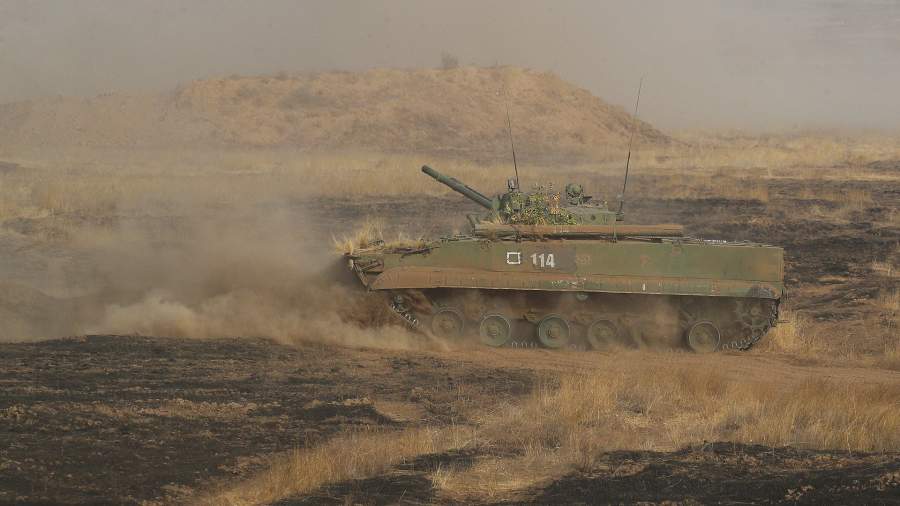 BMP-3 during the strategic exercises “Kavkaz-2020”

Currently, all marines are armed with armored personnel carriers BTR-80 and BTR-82A. These are very effective combat vehicles, but their weapons are either a 30 mm cannon or a 14.5 mm machine gun. And such firepower is clearly not enough to suppress the enemy’s firing points. The rearmament of the Marine Corps battalions to BMP-class combat vehicles, in particular to such a modern one as the BMP-3, significantly increases firepower and increases the chances of a Marine’s survival on the battlefield. 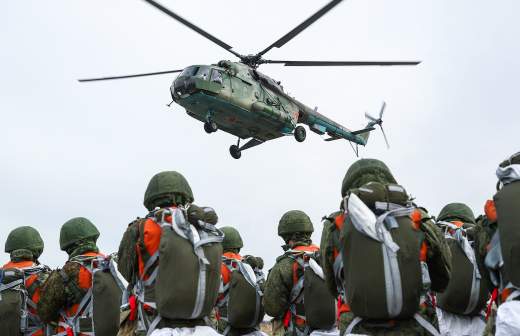 The sea is inside: the Caspian region has been reinforced with “black berets” Russia is strengthening its rapid reaction forces in the southern strategic direction

In the episode of the exercises with the use of the BMP-3, the 382nd separate battalion of the 810th Guards Marine Brigade took part. It was formed in 1995 from the military personnel of the coastal defense units of the Black Sea Fleet, who refused to take the Ukrainian oath. Part is based in the Azov town of Temryuk. Several years ago, Marine Command announced that the battalion had been trained to participate in peacekeeping operations. He took part in the hostilities during the enforcement of Georgia to peace in August 2008, and ensured security in Crimea in the spring of 2014. The battalion took part in operations in the Syrian Arab Republic.

The future of the Marine Corps

Today, Project 23900 universal landing ships of the Ivan Rogov type are being built for the Russian Navy. They will carry landing craft on board. Thanks to their use in the first wave of the amphibious assault, it will become possible to use tanks of the T-80 or T-72 type. But in the first wave, airborne assault battalions of the Marine Corps take part. Their task is to be the first to stand on the enemy’s shore and take on the bullets and shells of the survivors after processing the enemy’s firing points. The rearmament of such units into BMP-3 infantry fighting vehicles and T-80 or T-72 tanks will make it possible to more successfully solve the most difficult stage of the amphibious assault – the landing battle. 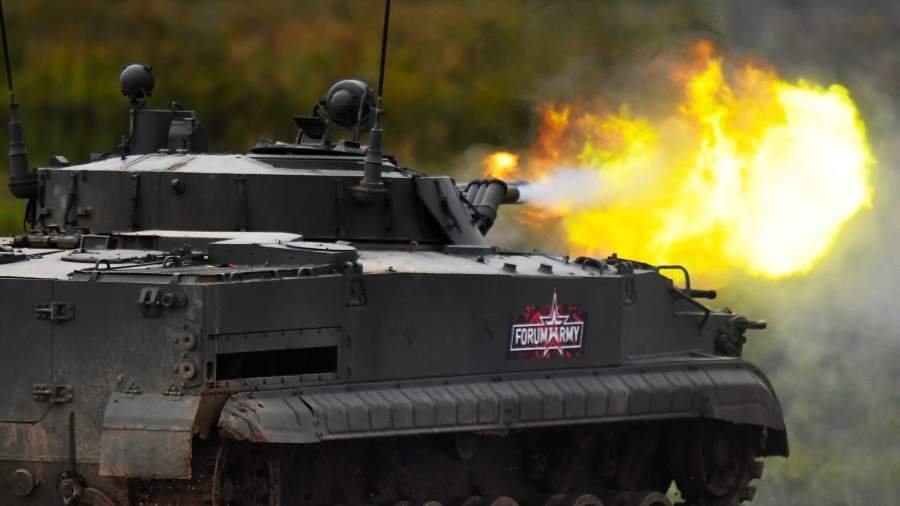 Infantry fighting vehicle BMP-3 during a dynamic display of weapons, military and special equipment of motorized rifle troops in the framework of the International military-technical forum “Army-2020”, August 27, 2020

Back in the late 1980s, Colonel General Ivan Skuratov proposed a new structure for the Marine Corps brigades. The role of the military leader in the formation of this kind of troops is about the same as the role of General Vasily Margelov in the creation of modern airborne forces. According to Skuratov, the airborne assault battalions should have included tanks and infantry fighting vehicles. But in the 1990s, the Marine Corps units were greatly reduced. The Black Berets lost most of their heavy weapons. Currently, the process of strengthening the power of this elite branch of troops is underway. Tank companies serve as part of the North Sea and Pacific brigades of the marines. Grad multiple launch rocket systems were returned to the Marines. The next step should be the adoption of BMP-3 infantry fighting vehicles.