The Ministry of Defense has identified a training location for the military police. Starting next year, officers of the VP will begin to graduate from the Moscow Higher Combined Arms Command School (MosVOKU). Previously, lieutenants for this structure were trained in various educational institutions and even at the Military Institute of Physical Culture and Sports in St. Petersburg). MosVOKU is the most famous military school in Russia, which has the privilege of graduating right on Red Square, which is why its students are called “Kremlin cadets.” According to experts, such a choice will have a positive effect on the quality of the work of the military police. 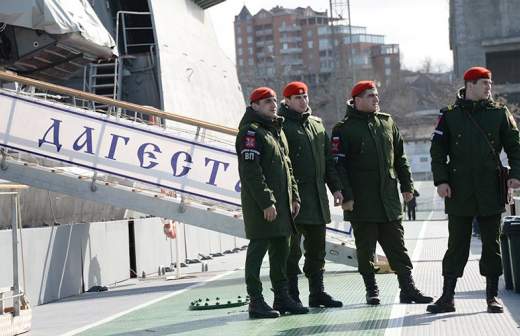 The first recruitment of cadets for the specialty “Use of military police units” was held at MosVOKU in 2017 as an experiment. And although the release of these “red berets” will take place only next year, the experiment has already been recognized as a success. The past years have shown that the educational institution was chosen successfully, the sources of Izvestia in the military department told. And from next year, the training of military police officers in MosVOKU will become permanent.

Recently, the Ministry of Defense reported that the head of the Main Directorate of the Military Police, Colonel-General Sergei Kuralenko, held a meeting with the faculty of the school, at which he discussed issues of increasing the effectiveness of training for military personnel.

In addition to platoon commanders, personnel for the military police are also trained at the Military Engineering and Technical Institute, which graduates specialists from the military traffic police, as well as at the military university of the Ministry of Defense, where future interrogators study.

The Military Police is a young structure within the Armed Forces. It was created in December 2011, after which its appearance and powers were determined for a long time. By presidential decree of March 25, 2015, the Charter of the Military Police was approved, and the “red berets” began to serve in full.

At first, there were no training programs for the training of military police personnel. The officer corps was formed at the expense of specialists from different types of troops who had undergone retraining. 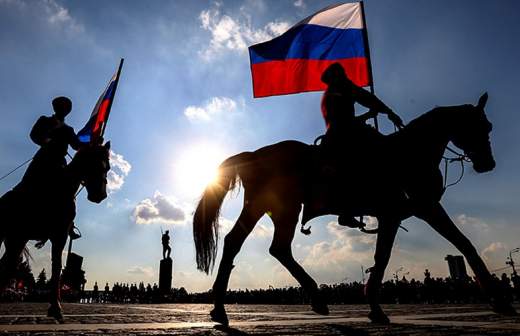 MosVOKU has existed since December 1917, when the 1st Moscow Revolutionary Machine Gun School was formed. Its cadets are called “Kremlin” because for many years they served in the Kremlin, including guarding the leaders of the Soviet state. In November 1941, rifle battalions were formed from the cadets and teachers of the school, which were thrown into battle on the last lines of the defense of Moscow. They suffered enormous losses in those days. Today the legendary “Moscow Infantry” is the only military university in the country that has the privilege of graduating right on Red Square. Graduates of the school disperse to military units throughout the country, but they are always proud that they received lieutenant shoulder straps at the walls of the Kremlin.

For more than 100 years, the school has completed 140 graduations, sending more than 50 thousand commanders to the troops.

“I think this decision was made for one simple reason: combined-arms training is more important for a police officer than physical education,” military expert Vladislav Shurygin told Izvestia. – In addition, a graduate of MosVOKU will always be able to transfer from the position of a combined-arms commander to the military police and back. In today’s challenging environment, it is better to have more potential military officers in the troops than athletes with police skills.

The education that future military police officers receive at the general military school fully meets the requirements for them, noted the associate professor of the PRUE. Plekhanov’s Colonel Alexander Perendzhiev.

– A military police officer must own different types of small arms, drive different types of military equipment. They learn all this at the general military school, – said the expert. – During exercises and hostilities, the “red berets” must know where to set up posts, where to serve. And besides, it is more difficult for a graduate of a combined-arms school during, for example, an inquiry to hang noodles on his ears – he knows how service should be organized in different types of troops, and who has what responsibilities. 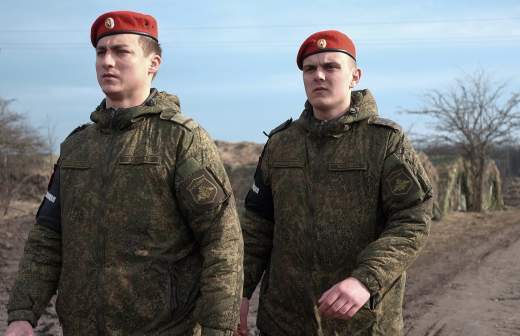 Red beret: military police in the Arctic will stop violations of the charter Employees in uniform headdresses will protect the northern bases from brawlers, poachers and bears

Over the past few years, the Ministry of Defense has been undertaking a major reform of the structures for maintaining discipline and law and order in the troops. In the military districts, territorial bodies of the military police have been created, which included commandant’s offices, military traffic police (VAI), and inquiry bodies. Military policemen perform a wide range of tasks, including guarding especially important facilities, ensuring the security of military events, and preventing offenses.

Disciplinary battalions were transferred to them last year. The VAI employees were given the right to draw up protocols for the drivers of the Armed Forces, the National Guard and a number of other structures. When arresting violators, military inspectors are allowed to use standard weapons and special equipment.

Duty units were created in the regional divisions of the military police. They must deal with the registration and preliminary investigation of administrative and criminal offenses. The chiefs of the units on duty record all emergencies in the book of registration of reports of crimes. Investigation of administrative offenses committed by servicemen is carried out by the “red berets” independently. If necessary, they send the materials to the military court, where they make a decision on the arrest of the guilty soldier.

As part of urgent investigative actions, the “red berets” were given the right to detain suspects, interrogate victims and witnesses. And also cordon off the crime scene, conduct searches, seize and study material evidence. If the VP knows for sure that the offender hid the instrument of the crime in the apartment, they will be able to break the door without a court order, the lawyer said. Such actions are necessary so that the perpetrator does not destroy the evidence.