In Russia, officers are being trained to control combat vehicles of the “Armata” family – this is the most sophisticated armored vehicle available in our army. It will be mastered in two military universities. Next year, the first recruitment of cadets will take place, who will receive the specialty of a platoon commander of T-14 tanks. And already in 2020, senior students will be able to get acquainted with modern cars. According to experts, this time is enough to prevent gross mistakes in the service that can lead to the failure of unique equipment. 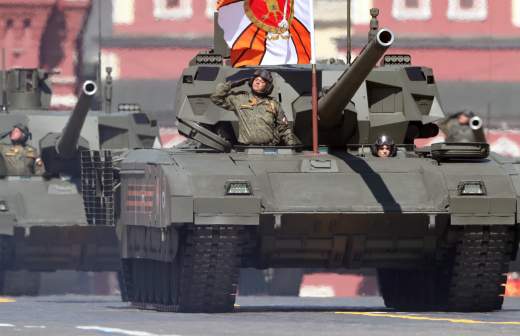 Tank sense: the Ministry of Defense will receive the first serial “Armata” this year The troops will receive updated vehicles

The Ministry of Defense has decided to recruit groups of cadets for tank schools who will be trained for service in vehicles of the Armata family, Izvestia sources in the military department said. The first enrollment is planned for next year, although the timing may be adjusted. Future officers will be trained in two universities. At the Kazan Higher Tank Command School, young people will master the specialty “tank platoon commander”. The Omsk Automotive and Armored Engineering Institute will train specialists in the repair and operation of vehicles of the Armata family.

The training of a tank officer at the school is designed for four years, so the first lieutenants specially trained to operate the “Armata” will come to the troops in 2025–2026. In turn, the Omsk school will supply cut-away tanks, their individual units and mechanisms, and other visual aids for future repair engineers.

This year senior students will be able to get acquainted with the new machines. For young people who in a year or two will receive the lieutenant’s shoulder straps and go to serve in the tank forces, they will conduct introductory sessions. 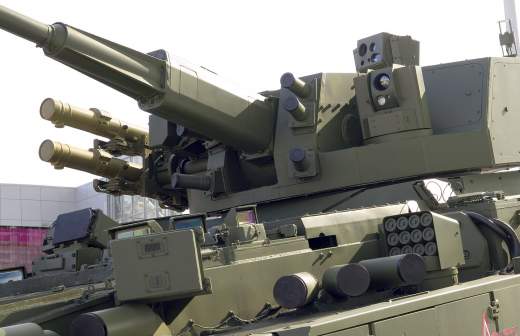 From 30 to 57: what will be the tank support vehicle based on “Armata” “Uralvagonzavod” is developing a new version of the BMPT “Terminator”

“The officers will have to not only master the management of new equipment themselves, but in the future organize training of soldiers in their units,” military expert Viktor Murakhovsky explained to Izvestia. – The current senior students have at least a year for this. Fully, of course, during this time, a modern machine cannot be mastered, but this time is enough to prevent gross mistakes in the troops that can lead to equipment failure.

The T-14 is the most sophisticated vehicle in the family of armored vehicles that the Russian army has, noted Viktor Murakhovsky.

“The tank is full of electronics,” he said. – The entire weapons system is controlled by means of the so-called technical vision. There is no direct observation through optical instruments. The vehicle is integrated into a unified tactical control system. The most advanced means of communication and navigation are installed on it. To learn how all this works, and correctly apply it in practice, you need a serious level of education. Especially for the officers. 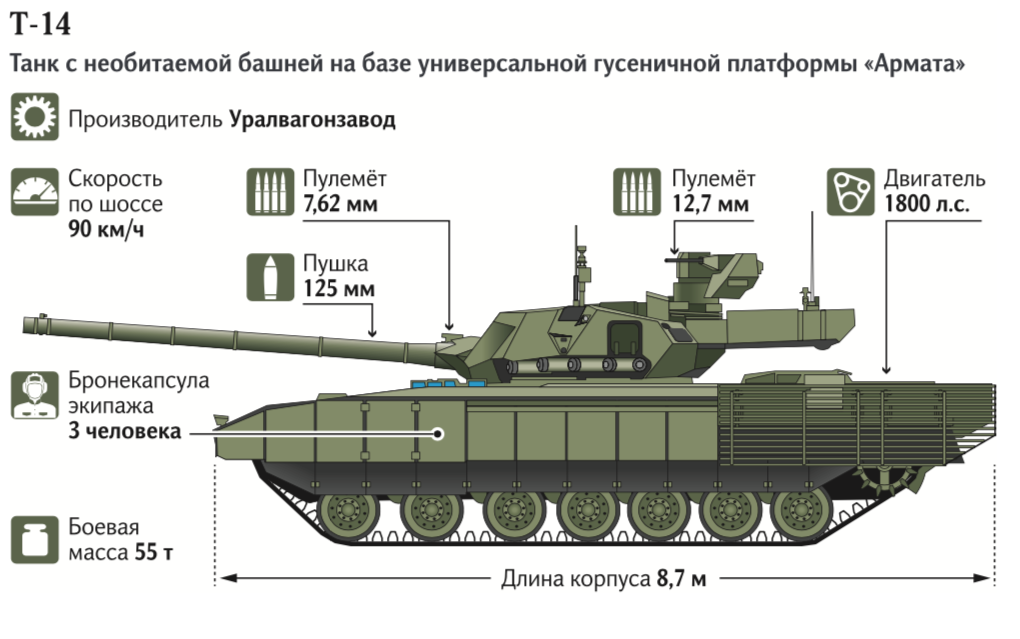 The T-14 tank on the Armata platform was first demonstrated at the May 9, 2015 parade. It passed preliminary tests last year. This spring, the head of the Ministry of Industry and Trade Denis Manturov reported that the car had been tested, including in Syria. 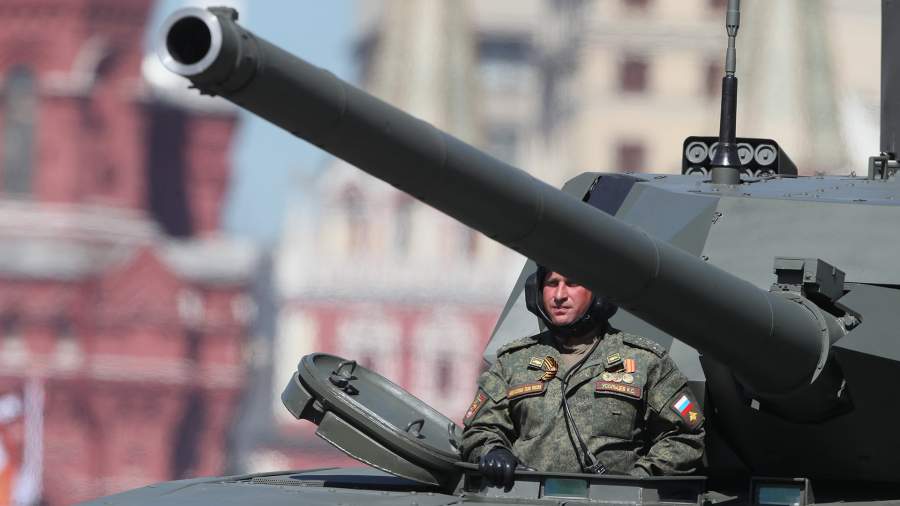 “Armata” is fundamentally different from all tanks that have been adopted until now. Its main innovation is an uninhabited tower. The crew of the “Armata” is located in an isolated armored capsule in the hull of the tank, from where it remotely controls weapons. This significantly reduces the likelihood of the death of the crew in battle. This arrangement of the vehicle was not previously used in tank building. 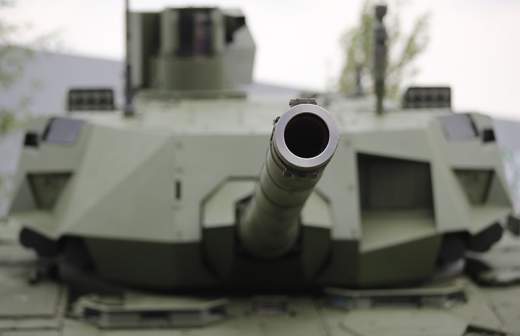 The “Armata” is powered by a 1.5 thousand hp diesel engine. The tank is equipped with a 125 mm 2A82 cannon. The developers claim that in terms of characteristics it surpasses all existing tank guns.

The muzzle energy of the 2A82 cannon is 1.17 times higher than the 120-mm artillery system of the Leopard-2A6 tank, which is considered the best among all NATO tanks. At the same time, the barrel length of the “Armata” gun is 60 cm shorter, which generally makes the machine more compact.

The tank is equipped with the Afghanit active protection system. It creates an impenetrable “dome” around the vehicle, automatically destroying incoming anti-tank shells, bombs and missiles without the direct participation of the crew.

“Armata” is a versatile heavy tracked platform. On its basis, equipment of different classes is being developed: T-14 tanks, T-15 infantry fighting vehicles, T-16 armored recovery vehicles (BREM) and others. BREM T-16 based on “Armata”, designed to evacuate damaged vehicles and repair them in the field, is already ready. It is equipped with a set of special equipment, for example, a dozer blade, and differs from the existing BREM-1M in a more lifting crane-manipulator, as well as a more powerful traction winch.

BMP T-15 is at the testing stage. The weight of this combat vehicle is more than that of most Russian tanks – 55 tons. The dimensions and dimensions make it possible to combine good protection, powerful weapons and a spacious compartment for the landing.

A special feature of the car was the front-mounted engine. This serves as additional protection for the crew and transported soldiers. In addition, the frontal armor of the BMP is at the level of modern tanks. Strengthens the security of the T-15 and the active protection complex. It allows you to intercept missiles and shells flying at it. All this gives the promising infantry fighting vehicles and the landing force unprecedented security. Several combat modules are being developed for infantry fighting vehicles based on the “Armata”. Earlier Izvestia reported that for the first time, high-precision guided projectiles and ammunition with an intelligent remote detonation system would be included in the ammunition load of the BMP version with the 57-mm Dagger module.