The Derivation-Air Defense anti-aircraft artillery complex will receive new rounds with multifunctional, armor-piercing sub-caliber and guided projectiles. TASS was told about this in the press service of Uralvagonzavod (UVZ, part of the Rostec state corporation). 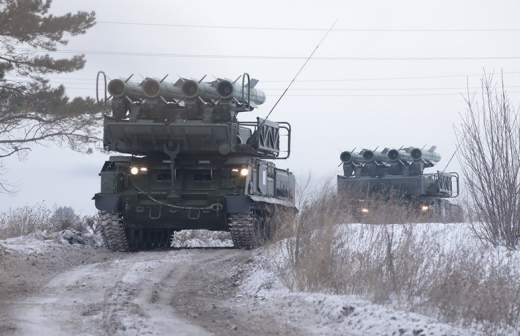 “Bukovaya” alley: a new anti-aircraft brigade is being formed in the south of the country Mobile air defense unit will receive the latest medium-range missile systems

The 2S38 combat vehicle from the ZAK 1K151 Derivation-Air Defense system was first presented at the Army-2018 forum. In June 2020, he took part in the Victory Parade on Red Square.

The general director of UVZ, Aleksandr Potapov, said in August last year that the combat vehicle would begin to enter the Russian troops from 2022.

“The tests are scheduled to be completed in the first quarter of 2022. And serial deliveries will begin after the appropriate conclusion of the State Commission, “- said then the general director of the plant.

“Derivation-PVO” is a self-propelled gun on the chassis of the BMP-3 infantry fighting vehicle, which is equipped with a combat module with an automatic 57 mm cannon. The complex is designed to combat drones, as well as cruise missiles and aircraft weapons in the near zone.

In addition, the installation is capable of operating against ground targets. To combat infantry, the ZAK has a 7.62-mm PKTM machine gun with an ammunition capacity of 500 rounds.