The MiG-31BM interceptor fighters took over the protection of the Northern Sea Route (SMP). The vehicles of the aviation squadron of the Northern Fleet will be on duty at the island and mainland airfields in the Arctic. Part was deployed back in 2019 in Monchegorsk. But since the end of 2020, the planes have a new task. Now, if necessary, they can be quickly redeployed to any of more than a dozen repaired airfields along the NSR.

The MiG-31 is the world’s most powerful interceptor fighter. Thanks to unique radars, the aircraft sees both high-altitude targets flying at hypersonic speed and cruise missiles hiding at ultra-low altitudes. Due to the fact that the take-off weight of the interceptor exceeds 30 tons, the troops call it a “combat aircraft”.

Sources in the military department told Izvestia that fighters of the new Arctic squadron of the 98th separate mixed air regiment of the 45th Air Force and Air Defense Army will be on duty at airfields along the NSR on a rotational basis. At the same time, Monchegorsk will remain the main point of their basing, the interlocutors of the publication noted. Throughout the past year, the unit has been conducting experimental exercises on the operation of aircraft along the NSR. The command recognized the results of the maneuvers as successful.

Until recently, the 98th Aviation Regiment included only one squadron of MiG-31BM interceptors. But in 2019, the formation of the second division of “combat air ships” began. Now, while one squadron of the MiG-31BM will cover the Kola Peninsula and the fleet bases, the crews of the other will be on duty in the remote northern territories. 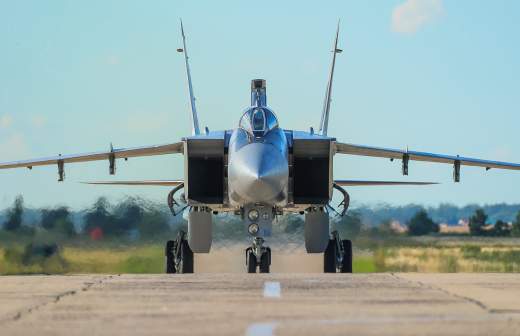 In January, the Ministry of Defense reported that MiG-31BM fighters had already taken up combat duty to guard the border at the Rogachevo airfield in the Novaya Zemlya archipelago. Earlier, an air defense regiment of the Northern Fleet was deployed there, which is armed with the latest S-400 systems.

According to the honored test pilot, Hero of Russia Colonel Igor Malikov, the MiG-31BM is well suited for flights in the Arctic.

“In principle, all our equipment is designed to operate at temperatures from -50 to +50,” the specialist explained to Izvestia. – The MiG-31BM is a complex machine, but it is quite capable of performing all tasks beyond the Arctic Circle. It has a long range, effective radar, new precision and long-range missiles. By and large, such aircraft will be able to completely block the airspace over the Arctic.

The decision to cover the northern direction with MiG-31BM forces is quite logical, military expert Vladislav Shurygin told Izvestia.

– The NATO fleet can go there. In addition, there are many stationary alliance facilities in and around Norway, in particular, command posts, he explained.

According to Vladislav Shurygin, the decision not to relocate the Arctic squadron to Novaya Zemlya on a permanent basis corresponds to the modern Russian concept: to create a network of airfields to which, if necessary, planes can fly. They will carry out combat duty there for a limited time, carry out tasks and return back.

According to the Defense Ministry, 19 airfields have been repaired or reconstructed in the Arctic in recent years. All-weather year-round runways are being built on the Alexandra Land islands of the Frans-Josef Land archipelago and Kotelny on the New Siberian Islands. They are capable of receiving both combat and transport aircraft that support the military bases built there. But we are not talking about creating a full-fledged infrastructure for large aviation units. 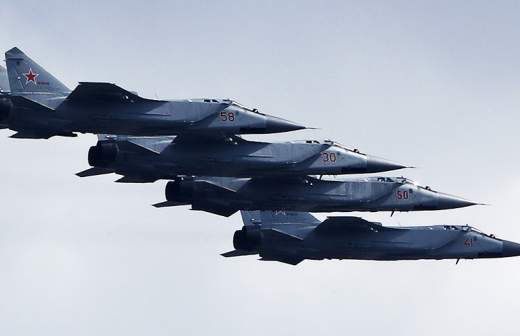 There is only MiG-31: the Pacific Ocean will close the interceptor squadron Modernized heavy fighters will enter the air regiment in Kamchatka

– It is necessary to build hangars, otherwise the planes will be covered with snow, and then they will not be warmed up and launched. Accommodation is needed for pilots, technicians and other personnel. There must be snow-clearing equipment. To maintain an air unit there, it is necessary to build a whole town, – Igor Malikov believes in turn. – And with the approach chosen by the Ministry of Defense, only the commandant’s office will be located at the polar airfields, which will maintain it in working order. And the pilots will fly there, in fact, on business trips, and not live there with their families.

The restoration of runways and infrastructure in the remote northern regions will contribute to the development of their transport and tourist accessibility. But the main tasks remain the military. After all, the construction of a network of permanent airfields in the Arctic started in the USSR immediately after the Great Patriotic War. It was planned to base strategic bombers on them. Then they were the only possible way to deliver the first nuclear bombs to US territory.

Subsequently, aviation regiments equipped with MiG-31 and Tu-128 interceptors were based on them. Their task was to prevent a breakthrough from the northern direction of American strategic bombers and cruise missiles launched by them to the industrial facilities of the Urals and Siberia, to the bases of the Northern Fleet. In the 1990s and 2000s, Russia’s military presence in the region declined sharply.

Work on the restoration of mainland airfields began in 2014. Since 2017, long-range Tu-22M3 bombers have been landing in Vorkuta and Anadyr during exercises. We visited the updated polar bases and strategic missile carriers Tu-160.

Supersonic interceptors MiG-31 were put into service in 1981. But now, almost all the machines available in the troops, starting in 2011, have been upgraded to the level of the MiG-31BM.

The MiG-31BM fighters received additional capabilities to combat the air enemy. The interceptor was equipped with new avionics and a modern radar with a range increased to 320 km. It allows the use of air-to-air missiles, destroying targets at a distance of up to 280 km. Ammunition with even greater reach is being developed.

On the basis of the MiG-31, special versions were also created. The most famous of these are anti-satellite missile carrier projects and platforms for launching small space satellites into low Earth orbits.

Now the first squadron of MiG-31K aircraft equipped with Dagger hypersonic missiles has been put on alert in the Southern Military District. They are designed to engage well-protected ground targets at a distance of up to 1,500 km.