Russia will expand the presence of the Navy (Navy) by creating a logistics center for the Navy in Sudan. This was announced on Monday, November 16, by the former commander of the Black Sea Fleet (Black Sea Fleet) of the Russian Federation, retired admiral Vladimir Komoedov. 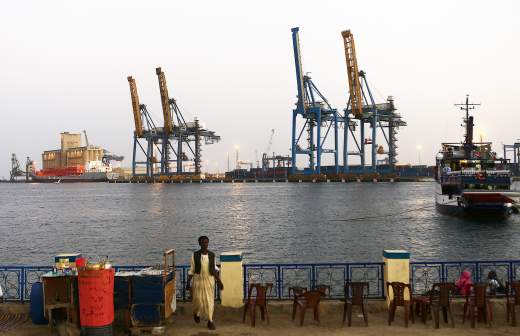 To walk to Africa: what will give Russia a military presence on the shores of the Indian Ocean The fleet will receive a base in Port Sudan

“This is an expansion of opportunities for our fleet. The time has come to restore our naval presence, “Komoedov said in a conversation with Interfax.

He added that Russia will have another naval base abroad against the backdrop of “US and NATO domination in the Atlantic, Pacific and Indian Oceans in the air, on water and under water.”

Earlier on the same day, Russian President Vladimir Putin instructed to sign an agreement with Sudan on the creation of a logistics center for the Russian Navy there.

By order of the head of state, the Ministry of Defense will sign this document with Sudan on behalf of Russia.

The proposal to sign an agreement with Sudan was earlier made by the Russian government, Gazeta.ru writes.