The Era military technopolis is developing a system of neuropsychological diagnostics to determine the professional orientation of the Russian military. This was reported on February 2 by the press service of the Russian Defense Ministry. 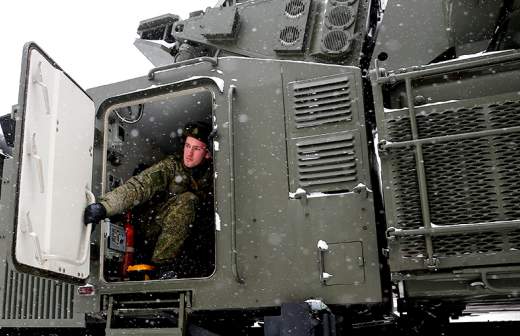 Baltic armor: St. Petersburg will close a mobile anti-aircraft dome A new regiment equipped with Pantsir-S complexes will appear in the north-west of Russia

“During testing of military personnel, the project being developed will record the activity of the brain, facial expressions, eye movements, direction of gaze, gestures, breathing, heartbeat. This will make it possible to highlight the objective predisposition of soldiers and officers to perform a certain type of professional activity, ”the ministry said.

The system is proposed to be used in military units and military registration and enlistment offices for “effective distribution of servicemen” by types and branches of troops, taking into account their individual characteristics, as well as for assessing stress resistance in critical and extreme conditions.

The preparatory stage of research is currently being completed.

Earlier, on January 15, in “Rostec” they talked about the features of the equipment of the future soldier “Sotnik”. In particular, she will receive a record low weight and will be adjusted to the figure of a fighter, while her protection will surpass all existing body armor.