On Wednesday September 23, two US strategic bombers approached the Russian borders in the Crimea region. Their route passed over the territory of Ukraine. Simultaneously with the American ones, several NATO reconnaissance aircraft operated in the skies over the Black Sea. On this day, large-scale strategic exercises “Kavkaz-2020” were held in the south of the Russian Federation. According to Izvestia’s sources, the B-52s were most likely imitating cruise missile attacks on Russian territory. True, all the “guests” were promptly found and escorted. Experts call such flights attempts to intimidate Russia. 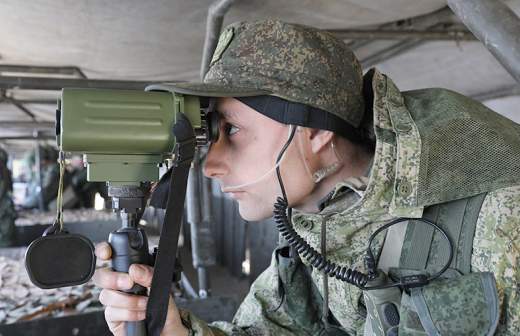 Over the Black Sea

The arrival of the American B-52s came as no surprise to the Russian military. According to Izvestia’s sources in the military department, reconnaissance equipment detected and accompanied the planes long before they appeared over the Black Sea. According to them, judging by the flight profile, the bombers most likely practiced strikes with cruise missiles on Russian territory.

According to the monitoring resource PlaneRadar, on the same day, a Boeing Rc-135W Rivet Joint of the US Air Force and a similar British aircraft, an American reconnaissance aircraft Boeing RC-135U Combat Sent, an anti-submarine aircraft Boeing P-8A were in the air at a distance of 100-200 km from the Crimean coast Poseidon US Navy, British intelligence Bombardier Global Express Sentinel R.1. As the interlocutors of Izvestia noted, the air reconnaissance officers coordinated their actions with a pair of B-52s.

In late August, a detachment of six B-52 bombers arrived from the United States at the American base Fairford in the UK. Since then, they have raided Russian shores several times. During the flight on September 23 to the Crimean peninsula, both “strategists” crossed the airspace of Ukraine. There they were accompanied by the Su-27. The press service of the Ukrainian Air Force said that American pilots, in integration with the Ukrainian military, provide the United States, NATO and their key allies with “strategic and operational capabilities to contain the aggressor country,” by which officials mean Russia. “The American partners once again demonstrate their comprehensive support for our power in the international arena in the security sphere,” the Ukrainian Air Force said in a statement. 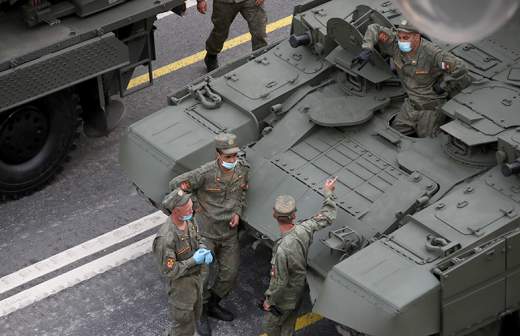 The flights of NATO military aircraft over the Black Sea took place during the days when the Russian Armed Forces are conducting one of the most ambitious strategic exercises in recent years – Kavkaz-2020. The maneuvers take place from 21 to 26 September at the Kapustin Yar and Ashuluk training grounds, as well as in the waters of the Black and Caspian Seas.

Last week, the head of the Main Operations Directorate of the General Staff, Colonel-General Sergei Rudskoy, said that Russia deliberately moved the main stage of the exercises inland – thus Moscow showed that the maneuvers were not directed against any state.

“We are demonstratively not conducting exercises at the borders so that everyone can see: we have no aggressive intentions,” ex-UN Deputy Secretary General and former Deputy Foreign Minister of the Russian Federation Sergei Ordzhonikidze explained to Izvestia. – Our bombers do not simulate nuclear strikes on New York, where the 75th session of the General Assembly is taking place, on Los Angeles, San Francisco. In addition to international legal norms, there are also norms of relations between states: what can be done, what is not necessary, what is a doctrine, and what is a challenge. From my point of view, what the Americans are doing is a challenge, a deliberate intimidation of Russia.

The flights of the alliance’s planes near the borders are keeping our Aerospace Forces and Russian missile forces under serious strain, the diplomat noted.

“It is not known for what purpose the bomber is going and what is on board,” stressed Sergei Ordzhonikidze. – When huge planes approach the borders of a country, it is naturally necessary to bring all forces and means into readiness to defend their territory. Such flights are an obvious attempt at intimidation. And all this clearly goes beyond normal interstate relations. After all, other countries do not like this.

The paratrooper’s shadow: how Minsk and Moscow agreed on military exercises In the parliament of Belarus, the upcoming maneuvers are not associated with the political situation in the republic

Bombers approaching Crimea are subordinate to the US Air Force Global Strikes Command. In September, General Timothy Ray, who heads it, reported on the increase in the combat readiness of his aircraft. Today, the United States can deploy 30 of its 76 B-52Hs and nearly all of its 19 stealth B-2s. Approximately one in three of 63 supersonic B-1s can perform missions. The latter were so worn out in use in Iraq and Afghanistan that at times only six vehicles could take off.

Recently, military aircraft of NATO and its allies have regularly appeared off the Black Sea and Baltic coasts of Russia. In late August and early September, Russian Su-27 fighters repeatedly raised American B-52H strategic bombers and reconnaissance aircraft from the United States, Denmark, Germany and Sweden to intercept. According to the commander-in-chief of the Russian Aerospace Forces, Lieutenant General Sergei Surovikin, in the period from August 28 to September 4, B-52Hs trained to reach the cruise missile launch lines and conducted simulated firing in the Baltic, in the Black and Azov Seas, as well as in the Arctic. Their targets were objects in the Kaliningrad region, the Southern Military District and in the north of the country. According to Izvestia sources in the military department, Russian air defense systems timely detected all targets, including those at over-the-horizon range.