Russian engineering units will be armed with robotic firefighters. Unmanned ground systems “Uran-14” will go to all formations of these special forces. Machines will be able to get to the fires and work where it is dangerous for a person to be. During hostilities, this will allow several times to accelerate the advance of army units during the offensive. Robots will not be left without work in a peaceful life either: they plan to use them in eliminating the consequences of man-made and natural disasters.

Make way for the coming

Unmanned fire fighting equipment will appear in every engineer regiment and every engineering brigade, sources in the military department told Izvestia. The regiments are part of the combined arms and tank armies, and the brigades are subordinate to the commanders of the districts and operate in the most important sectors. 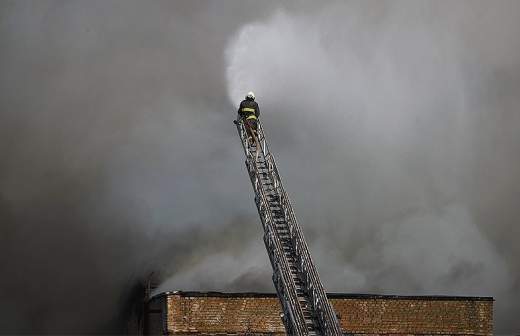 Firefighter kraken: robots-firefighters will be placed under the roofs of buildings.Scope of the new installation – shopping centers, warehouses and stadiums

The first prototypes of robots were tested by sappers of the Western Military District, later several machines were received by their colleagues from the south and east – from the Southern Military District and the Air Defense Forces. Based on the results of testing ground systems in different conditions, it was decided to deploy similar units in the engineering troops throughout the country.

The 14-ton Uran-14 is designed to fight fire in high temperature areas and other harsh conditions that are dangerous to humans. It can extinguish a fire at a distance of at least 35 m with a foam jet, and at least 50 m with a water jet. It is equipped with a water fire pump with a capacity of 2,000 liters per minute. The robot is equipped with a rotary grapple capable of carrying a load weighing up to 2 tons. The operator can control equipment from a distance of hundreds of meters, while remaining in a safe area. The complex has tanks with water and a foaming agent with a capacity of 2 thousand liters and 600 liters, respectively.

During hostilities, the task of robotic firefighters is to ensure the fastest possible advance of troops. Among the tactics that the defenders can use is the setting of a fire curtain. In many large Russian exercises, when repelling a simulated enemy, combustible materials are blown up in the direction of the main attack. In such a situation, the attackers can either wait until the fire dies down, or look for a way around. The new technique will make it easier to solve the problem.

The US Armed Forces have been using incendiary weapons in all more or less large military conflicts in recent decades. The most common of these is napalm. 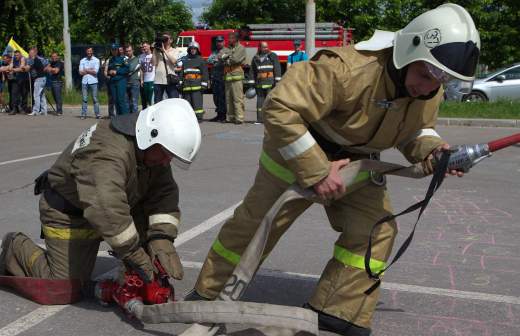 One whole: what will change the new GOST to voluntary fire brigade Taking into account its requirements, full-fledged detachments will be formed only by the end of the year

“For the Americans, this is one of the types of aviation weapons,” military expert Viktor Murakhovsky told Izvestia. – They actively used them in Korea and Vietnam, their use against the positions of the Taliban in Afghanistan was noted. According to the tactics of the actions of the US Armed Forces, special barriers are envisaged on the routes of troop advance in combination with fires. Our military equipment is generally well protected from the effects of fire, it has built-in fire extinguishing means. Still, one cannot move through the wall of fire for a long time.

Therefore, according to the expert, it is necessary to have special means for dismantling the rubble. And we already have such a technique – an engineering barrage machine. But there were still no powerful means for fighting fire. Obviously, a conventional tanker-based fire engine is not suitable for this. It has no reservation or remote control.

The novelty will be used not only in military operations: robots will be involved in emergency response. Last year, for example, Uran-14 were involved in a fire at a military arsenal in Achinsk.

“During my studies at the Kazan Higher Tank School, I participated in extinguishing fires in the Mari Republic, a warehouse arsenal broke out there,” said Viktor Murakhovsky. – Then everything was done almost by hand. We used chainsaws. From the equipment we had a couple of tanks equipped with bulldozer dumps. So we could create lines of protection, but of course there was no way to extinguish the foci themselves. If we had a robot, we would solve the problem of saving the warehouse with much greater efficiency and in the shortest possible time. 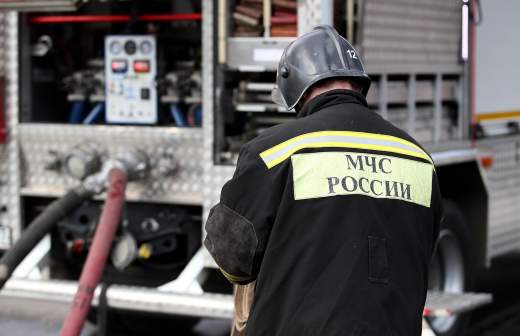 Live a century – work a century: the rights of firefighters to retire are proposed to equalize The bill will be sent to the State Duma next week

Similar robots have already been tested by other departments, but in the military, the development of such technology is reaching a new level, believes the associate professor of the PRUE. Plekhanov, Colonel Alexander Perendzhiev.

“This will save many lives and will make it possible to fight fire much more effectively,” the expert noted.

In recent years, the leadership of the Ministry of Defense has been actively using army forces to help the civilian population in eliminating the consequences of man-made and natural disasters. Their backbone consisted of engineer-sapper and railway units, military medics and units of radiation, chemical and biological protection.

Since the beginning of this year, the military department has been preparing forces to fight forest fires. Groups were formed in the military districts, which included planes, helicopters and drones. The crews received training related not only to extinguishing fires, but also to conducting reconnaissance. In the spring, aviation was used to eliminate fire in Buryatia and Tuva.