Russian President Vladimir Putin made a statement on Russia’s refusal to deploy 9M729 missiles in the European part of the country, subject to a reciprocal decision by NATO member states. Experts commented to Izvestia on the president’s initiative, calling it extremely important, but difficult to implement. 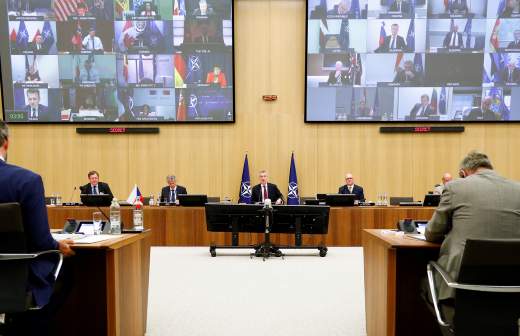 Through the looking glass: NATO has prepared a response to Russian missiles Moscow considers the alliance’s reaction unreasonable

Any step towards de-escalation is important, said Eduard Lozansky, president of the American University in Moscow.

“We do not hear any words of condemnation of various American actions, including, for example, the situation in Libya. There are no forces to resist. There are only timid attempts to speak out in the field of economics. As for Russia as the image of the enemy, there is practically a unanimous opinion here. And countries that seem to say that this is not so have no voice. This also applies to Italy, ”the political scientist explained.

It will not be easy to find a common language with NATO and the United States, since the INF Treaty collapsed not because of the appearance of the 9M729 missile, but because the agreement was unprofitable for the United States, military expert Viktor Litovkin believes. According to him, Washington “had nothing to threaten” Russia with.

Litovkin recalled that the United States launched the development and production of medium and shorter-range missiles and suggested that they would increase the presence of their weapons not only in Europe, but also in the Asia-Pacific region.

“Mutual offset: why did the Russian Federation offer NATO a mutual rejection of the INF”