The maneuvering hypersonic missile unit of the Avangard complex devalues ​​the US efforts to create an anti-missile defense (ABM) system. Deputy Prime Minister Yuri Borisov announced this in the Vesti on Saturday program on the Russia 1 TV channel.

According to him, when the Avangard block changes its trajectory, it is impossible to predict where it will be, as well as to send an anti-missile. 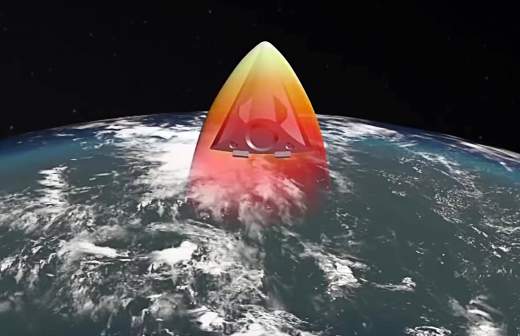 Avangard and others: on the role of new systems in strategic forces How hypersonic systems affect the configuration of nuclear deterrence

At the same time, Borisov noted that in the future a laser or electromagnetic weapon may appear, which may become an “antidote” against the maneuvering units. However, this is only a theory so far, so Avangard will remain invulnerable to any missile defense system for a long time to come.

On September 23, Russian President Vladimir Putin compared the ability of the Avangard hypersonic combat complex to withstand ultra-high temperatures during flight with the “popsicle effect.”

Earlier, on September 20, a military expert of the National Interest magazine called the Avangard missile systems with their maneuvering ability and hypersonic speed a serious challenge for the United States.

On September 19, Putin, during a conversation with the honorary general designer of the JSC “MIC” NPO Mashinostroyenia “Herbert Efremov, said that Russia has the most modern weapons that other countries do not have. The head of state noted that in 2001 he personally attended the first test launch of the Avangard combat unit from the Plesetsk cosmodrome.

On September 19, Putin pointed out that Russia was forced to create a weapon like Avangard due to US actions.

The Russian Avangard intercontinental missile system is equipped with a maneuvering hypersonic unit moving at a speed 27 times higher than the sound one. The hypersonic warhead is capable of accelerating to 33 thousand km / h. Able to fly in the dense layers of the atmosphere. The winged complex performs deep maneuvering while moving towards the target. The block deviates to the sides and in height by several thousand kilometers. The ability to maneuver makes it nearly impossible to predict its flight path. This ensures that the missile is invulnerable to air defense and ballistic missiles.