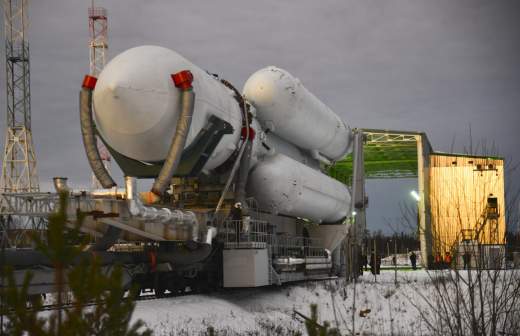 Great hopes: what the successful launch of the Russian “Angara” says A heavy launch vehicle is necessary for Russian and world cosmonautics

“The characteristics of Angara already meet all the requirements of the main customer – the Ministry of Defense,” Borisov said in an interview with the Russia 24 TV channel.

He stressed that the previously identified shortcomings were corrected in the new rocket.

In 2019, Borisov noted that according to the results of the 2014 launch of Angara-A5, it did not confirm its characteristics.

On December 14, the second test launch of the Angara-A5 heavy rocket took place from the Plesetsk cosmodrome, a satellite mock-up was launched into orbit. The rocket launch footage was posted on the Web. The first launch of Angara-A5 took place in December 2014.

On December 16, the head of the Khrunichev Center, Alexander Varochko, announced that the serial Angara-A5 launch vehicles under a contract with the Russian Ministry of Defense would be delivered in 2022-2024. On the same day, the head of the state corporation “Roscosmos” Dmitry Rogozin said that two launches of missiles of the “Angara” family will be carried out in 2021. According to him, these launches are carried out under the flight test program, where the customer is the Russian Ministry of Defense.