Two crews of Tu-142 antisubmarine aircraft of the Northern Fleet performed a flight in the Arctic, during which they conducted ice reconnaissance along the routes of passage of ships and vessels of the Arctic fleet grouping. This was announced on Sunday, September 6, by the press service of the Russian Defense Ministry. 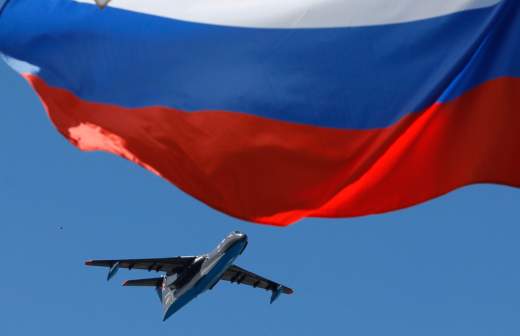 “During the many hours of flight, the crews of Tu-142 worked out the passage along the route over the non-orientated terrain, monitored the actual state of the ice situation in the seas of the Russian sector of the Arctic and other assigned tasks,” the department emphasized.

After completing the flight in the far arctic latitudes, the pilots safely returned to the home airfield.

In the near future, ships and support vessels, among which, for example, the Severomorsk and Sergei Osipov ships, as well as the Ilya Muromets icebreaker, will sail in difficult ice conditions. They will force the Vilkitsky Strait, which connects the Kara Sea with the Laptev Sea, the Russian Ministry of Defense announced.

On August 24, Evgeny Storozhuk, Vice-Rector for Economics and Innovation of the Bauman Moscow State Technical University, said that Russian specialists have developed a technology for changing the ice structure, which will allow building runways in the Arctic. Such airfields will be able to receive heavy military transport aircraft Il-76.