Russia will be covered by a large anti-aircraft shield. Air defense systems and combat aviation in the Western Military District will soon be combined under the control of a new unified automated control system (ACS). Integration will make it possible to create protection from missiles and fighters in the space from St. Petersburg to Voronezh. Previously, a similar principle was tested in Crimea. The introduction of modern automation is necessary in order to meet the high level of rearmament of Russian troops, experts explained.

Sources in the military department told Izvestia that an integrated automated control system will be formed as part of the 6th Army of the Air Force and Air Defense of the Western Military District next year. It will include several digital subsystems. It is they who will take control of fighters, anti-aircraft systems, as well as radio and radar stations. In turn, the ACS will bring together data on the air situation and transmit them to the pilots of the aircraft and the calculations of the air defense missile systems. 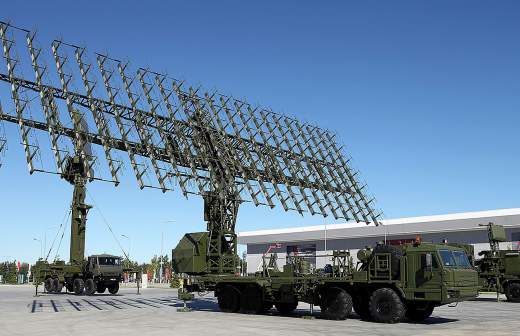 Earlier, the Russian military department said that the ZVO in the near future, within the framework of the state defense order, should receive promising automated control systems for anti-aircraft missile and aviation systems, means of radio technical troops and electronic warfare.

For the first time, a single ACS was created to integrate air defense on the Crimean peninsula in 2018, Izvestia reported earlier. But in the Western Military District, the territory to be closed into a single contour is much larger. From north to south, and from west to east, the length of the control zone of the 6th Air Force and Air Defense Army is about 2 thousand km. It contains 26 regions of the Northwestern and Central Federal Districts.

Due to the international situation, it is now especially important to develop an air defense system precisely on the western borders, believes the ex-commander of the 4th Air Force and Air Defense Army, Lieutenant General Valery Gorbenko.

– The area is interesting for a potential enemy – from there you can move to Moscow and St. Petersburg, – the expert explained. – The Kaliningrad region is also located nearby, which does not have a common border with us. In those parts, NATO aircraft now constantly conduct reconnaissance flights – including over neutral waters. Not far from the western borders to Moscow. In addition, the country’s significant industrial potential is concentrated in these regions. Therefore, we must be ready to repel not only today’s, but also promising threats. Many countries are now developing unmanned aircraft, hypersonic missiles and other means of attack.

A similar integrated system was tested in Crimea. According to the Ministry of Defense, during the exercises, the Russian Armed Forces on the peninsula conditionally repelled a raid of seventy cruise missiles at once. The promising unified ACS continuously received information about air and ground objects from radio technical stations and radars, drones and aviation. All intelligence was brought together and processed in real time. The system analyzed the type of targets, their level of danger, speed, height and direction of movement. A continuous exchange of information was carried out between all its participants, target designations were issued for air defense and fighters. A commander of any level could get a complete picture of the enemy’s actions and recommendations for his destruction. 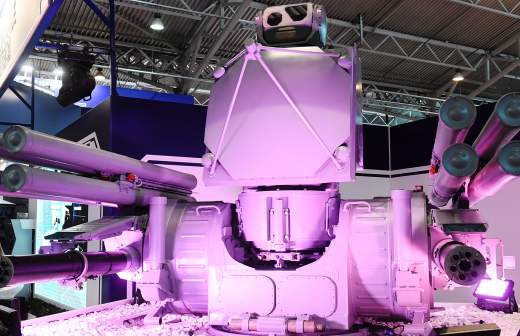 Earlier, the Ministry of Defense reported that for automation in the armies and anti-aircraft missile brigades of the Aerospace Forces, the Polyana-D4M1 automated control system is being introduced, which exists in both stationary and mobile versions. The famous S-400, S-300 and Pantsiri fall under her control.

To combine army air defense systems at the level of motorized rifle and tank brigades and divisions, the troops are being supplied with the basic subsystem “Barnaul-T”. She controls the “Torah”, “Tunguska”, “Arrows” and a variety of radars.

Both “Polyana” and “Barnaul-T” are capable of uniting the air defense forces of both the Ground Forces and the Aerospace Forces under a single command. This helps them efficiently detect and distribute among themselves various targets – from small drones to ballistic missiles.

– Air Defense Forces are highly automated troops. Starting with the primary link, the radar company, they are linked into various systems and subsystems, ”said Lieutenant General Aytech Bizhev, former deputy chief of the Air Force for the CIS Joint Air Defense System. – The task of the ACS of the radio engineering troops is to convey information to the higher command post as soon as possible. The ACS of the anti-aircraft missile forces must make a competent target distribution of the fire capabilities of brigades and regiments. With a massive strike of an air enemy, when a person does not have time to do this, target designation is carried out automatically. Previously, on the C-125, the commander twisted the antenna himself, and his operators carried out the target tracking. Now it all depends on the algorithm. You just need to look at the screens and follow the recommendations of the machine. 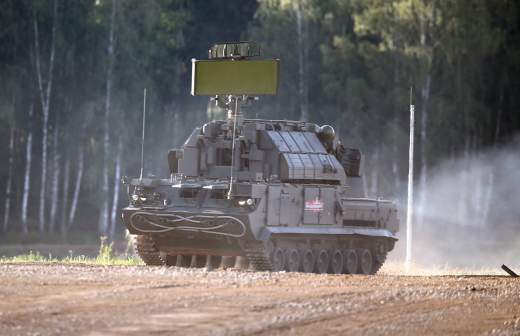 There was an automated system in air defense in Soviet times, but today new aircraft and air defense systems with other capabilities are supplied to the troops and aviation, the expert added. And the ACS must comply with them.

– A modern control system should be very flexible, active, tenacious, with broad combat capabilities, – added Aytech Bizhev. – If earlier information about the change in the air situation reached the command post in two or three minutes, today the operator brings the marker to the object on the screen, and after a few seconds all the characteristics of the target – speed, altitude, direction – are on the monitors of the superior commander. The bandwidth of communication lines is constantly growing. Air defense is a high-tech type of aircraft.

Even anti-aircraft gunners equipped with the latest portable air defense systems “Verba” now have their own ACS. It transmits information from radars, helping to find an enemy object even before it appears in the field of view.