The Super-Carapace has successfully passed the combat exam at sea. The newest anti-aircraft missile and artillery system (ZRAK) “Pantsir-M”, installed on board the small missile ship “Odintsovo”, repelled a massive air raid and cruise missile strike. During the shooting, the complex shot down all the targets at different distances. Adopting it into service will make Russian ships almost invulnerable to air strikes, experts say.

Pumping is not a hindrance

The shelling of the Pantsir-M took place in mid-October. According to the Ministry of Defense, M-6 small-sized aircraft targets supplied by the Su-27 fighters of the Baltic Fleet naval aviation were used as air targets. 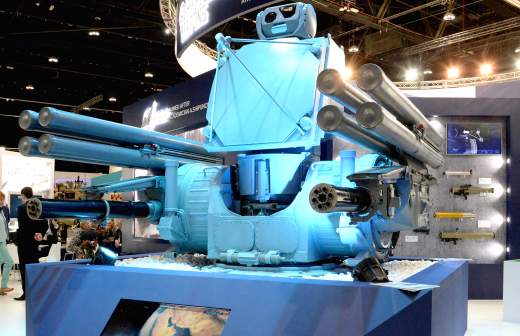 According to Izvestia’s sources in the military department and the military-industrial complex, the exam results were recognized as successful. It took several days after the shooting to process the data of the ZRAK work. During the test, the targets simulated a massive air raid, as well as a strike on the Odintsovo MRK with anti-ship cruise missiles. The anti-aircraft complex successfully hit targets at long range, then at medium and close range finished off the “enemy” with cannons. Analysis of the results of live firing showed that ZRAK completely coped with the exam.

Small rocket ship “Odintsovo” is the third representative of the 22800 “Karakurt” series. “Pantsir-M” on board is its main difference from its predecessors. In the future, all RTOs of the project will be built in a modification with this anti-aircraft complex, although there were previously doubts that such a complex product could be placed on such a small ship.

“When operating at sea, it is necessary to take into account many additional factors, for example, sea waves,” military historian Dmitry Boltenkov explained to Izvestia. – It requires different equipment. Successful live firing paves the way for serial production of the Pantsir-M complex and their installation on other ships. Odintsovo is the first to have such a system on board.

According to the expert, the presence of the “Super-Pantsir” will make Russian small ships practically invulnerable to air strikes.

It is expected that Odintsovo will become part of the 1st Guards Division of the 36th missile boat brigade of the Baltic Fleet. His ships are at the naval base in Baltiysk (Kaliningrad region). The first ships of this project – “Mytishchi” and “Sovetsk” are already in service there.

These air defense systems implemented the principle of two-line air defense, capable of covering the ship from almost any air strike. If the enemy approaches, he is first attacked by anti-aircraft missiles – at a distance of 20 km. Bursting targets are met by rapid-fire 30-mm machine guns. Their capabilities allow you to complete the destruction of the enemy within a radius of 4 km. 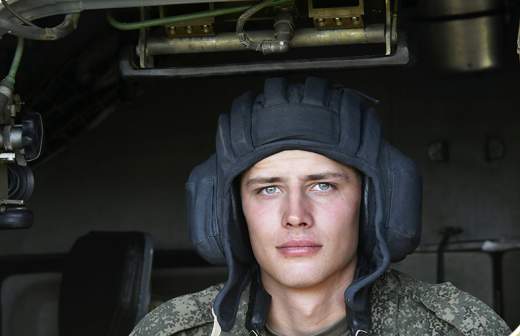 The rate of fire of guns with armor-piercing sub-caliber and high-explosive fragmentation ammunition in their arsenal is up to 10 thousand rounds per minute.

One of the features of the sea “Shell” is the ability to destroy surface and coastal ground targets. This allows you to repel the attack of small warships or ships caught in the range of missiles or MRK cannons.

The land modification of the “Pantsir” has shown itself well in Syria. The first complexes were deployed at the Khmeimim airbase in 2015. It is known that in early October 2017, the Pantsiri shot down two Grad MLRS missiles, and in December repulsed two massive terrorist missile attacks. According to the Ministry of Defense of the Russian Federation, in the first two years of combat work in Syria, “Armor” shot down 54 MLRS missiles and 16 terrorist drones.

The Karakurts are small ships with a displacement of 800 tons and have an impressive arsenal: they carry Caliber cruise missiles, a 76.2-mm AK-176MA launcher, and, if necessary, can be equipped with Onyx anti-ship missiles. In 2016, in Syria, during attacks on terrorist targets, the mobile coastal missile system Bastion was successfully launched at the bases and command posts of the militants.

In addition, the Orlan-10 drones with a range of up to 120 km are based on board the ship. The Navy plans to use them as air reconnaissance and gunners. UAVs will make stealth ships almost invisible, since drones can be raised into the sky to assess the environment, and not turn on radars, the signal of which can be detected by the radar of a potential enemy.

“Karakurt” are considered the most massive modern ships that are delivered to the fleet today. In total, 18 have been ordered for the Navy. According to the plan, they should be equally divided between the Pacific, Baltic and Black Sea fleets.

As Izvestia previously reported, the Odintsovo MRK from the beginning of August to the end of September was tested in the Arctic latitudes. Previously, it was not known whether such small ships could operate in conditions of abnormally low temperatures and difficult weather. However, during an almost two-month voyage, the ship successfully completed all tasks in the Barents and White Seas, conducted rocket firing and returned to the Baltic along inland waterways.