The result of ten-hour talks between the foreign ministers of Azerbaijan, Armenia and Russia was a ceasefire agreement from 12:00 on October 10. The exchange of prisoners of war and the bodies of the dead will take place through the mediation of the Red Cross. It was also decided that Azerbaijan and Armenia will start a dialogue “with the aim of reaching a peaceful settlement as soon as possible” with the mediation of the OSCE Minsk Group co-chairs. In the midst of the diplomatic meeting, Azerbaijani President Ilham Aliyev made belligerent statements to his people, while Armenian Prime Minister Nikol Pashinyan spoke of the danger of a humanitarian catastrophe in Nagorno-Karabakh. On the day of the Moscow talks, news continued to arrive about yet another shelling of cities near the conflict line and new civilian casualties. 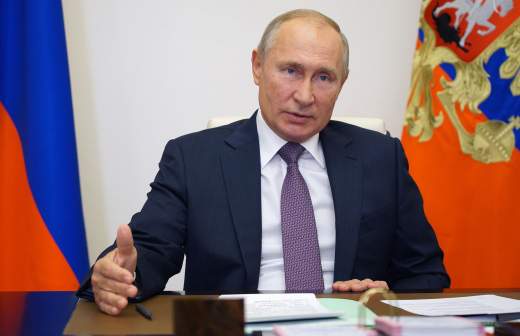 Day of Challenges: Putin assessed the situation in Karabakh and Kyrgyzstan The President of the Russian Federation expressed hope that these crises will be resolved soon

On October 8, following a series of telephone conversations with the leaders of Armenia and Azerbaijan, Vladimir Putin invited the foreign ministers of the two countries to Moscow. In his statement, the head of the Russian Federation called for an end to hostilities in the zone of the Nagorno-Karabakh conflict, for humanitarian reasons in order to exchange the bodies of the dead and prisoners. The very next day, the Foreign Ministers of Armenia, Azerbaijan and Russia gathered at a round table in Moscow.

The trilateral talks were held in a tense atmosphere: Yerevan and Baku on Friday did not stop accusing each other of aggressive actions. Perhaps it is for this reason that the beginning of the meeting at the Reception House of the Russian Foreign Ministry did not go without opening words from the diplomats. It was reported that an hour after the start of negotiations, the ministers left for a short break, and the motorcade with the Azerbaijani flag left the meeting place for some time. Most likely, the diplomat had to urgently call Baku for consultations with the top management via secure communication channels. 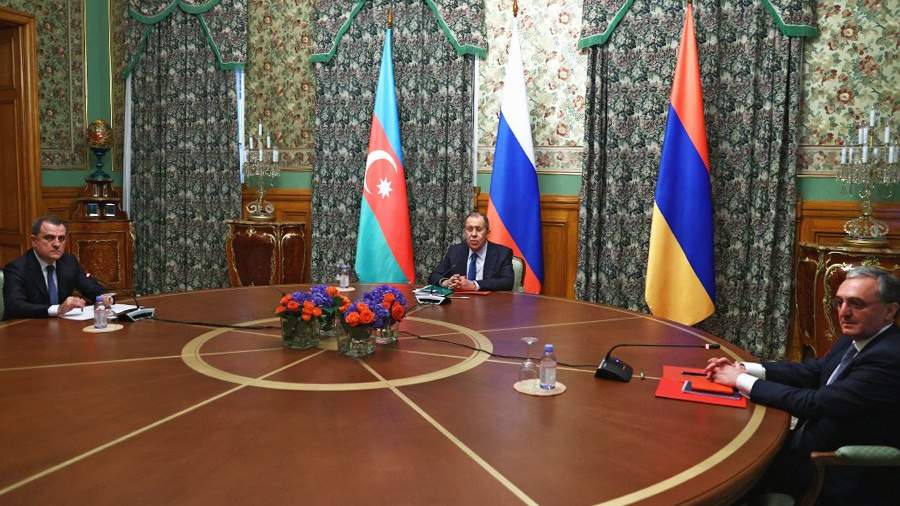 The main outcome of the ten-hour negotiations was the ceasefire agreement. The discussion of the issue of the status of Nagorno-Karabakh was postponed indefinitely. Judging by how long the participants in the meeting talked behind closed doors, neither side is ready for serious concessions, experts say.

“Nevertheless, the result of the meeting, and the very fact that the parties were able to sit at the negotiating table, can be regarded as a diplomatic success for Moscow,” noted military expert Vladislav Shurygin. – The fighting in recent days has been extremely intense and intense. Against this background, the ceasefire itself is of considerable importance for the situation in the region.

When the parties sat down at the negotiating table in Moscow, Azerbaijani President Ilham Aliyev made an address to the nation, stating that the status quo in Nagorno-Karabakh no longer exists: “I have changed the status quo. There, on the battlefield. No more status quo. ” In addition, he challenged the opinion of the mediators and a number of international organizations that the conflict has no military solution. “There have been negotiations for about 30 years, has there been a shift? Have we returned at least a centimeter of our lands? Forced the aggressor to leave the occupied territories, to comply with the UN Security Council resolutions? Not. How is the issue being resolved now? Not by military means? The issue is resolved precisely by military means. The military, then the political, ”the appeal says. 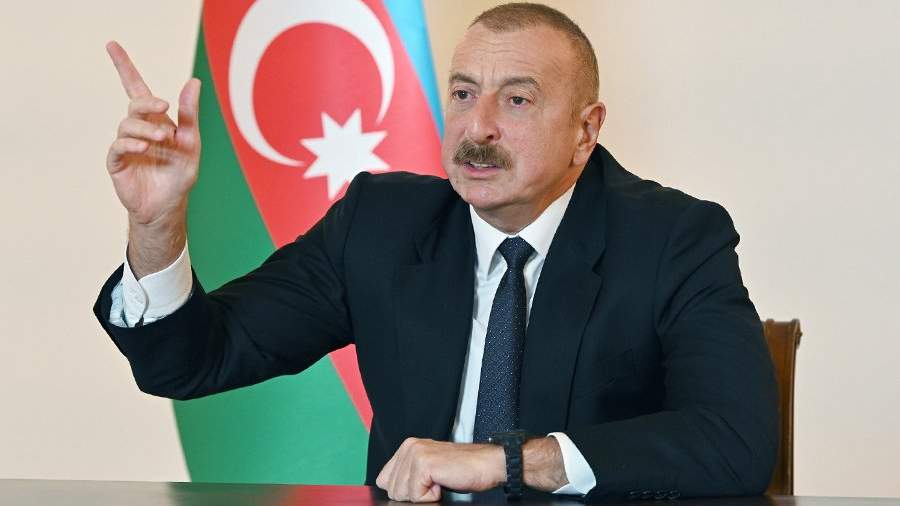 President of Azerbaijan Ilham Aliyev during his address to the people of the country, October 9, 2020 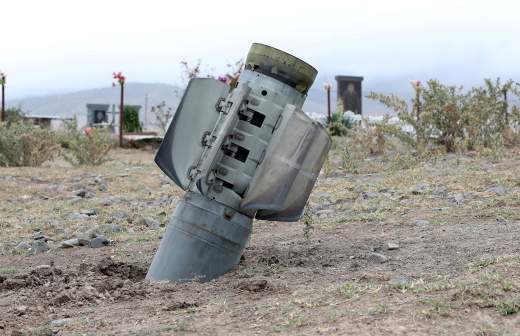 Chorus for Turkish: Russia, France and the United States called for peace in Karabakh Only Ankara spoke out sharply against the negotiations between Yerevan and Baku

Aliyev also announced his readiness to regain control over Nagorno-Karabakh by military or peaceful means, although the second option is preferable for him, and he gives Armenia “the last chance” to withdraw its troops.

On the brink of disaster

The meeting in Moscow was preceded by an emergency meeting of the Eurasian Intergovernmental Council. The Russian side was represented at the meeting by Russian Prime Minister Mikhail Mishustin. The head of the Russian government, expressing condolences to the families and friends of those killed during the hostilities, stressed that it is important to ensure an immediate cessation of all hostilities and begin a diplomatic settlement of the conflict. Russia is ready to contribute to this jointly with other co-chairs of the OSCE Minsk Group, the Russian prime minister said. 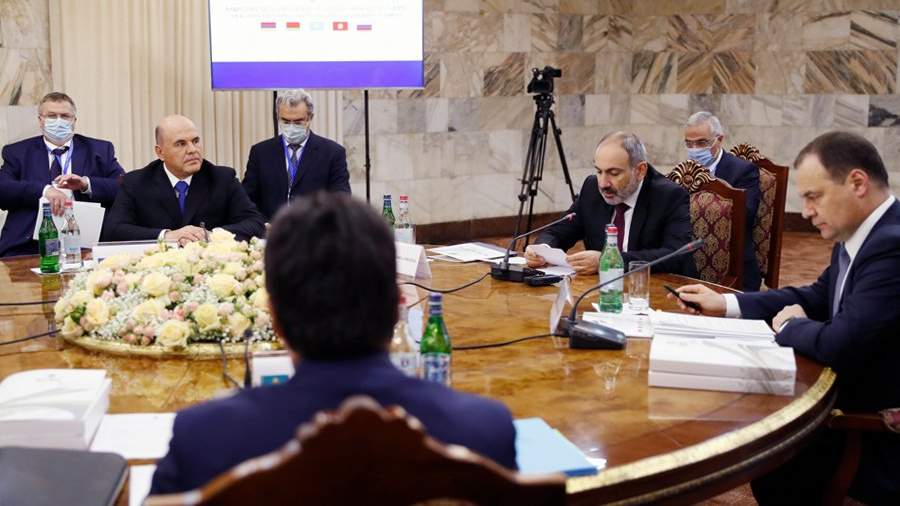 At the same time, Pashinyan confirmed that he continues to follow the principle of a peaceful settlement of the conflict. According to him, Yerevan is ready to resume the peace process in accordance with the statements made in the past few days by the presidents and foreign ministers of the countries co-chairing the OSCE Minsk Group. 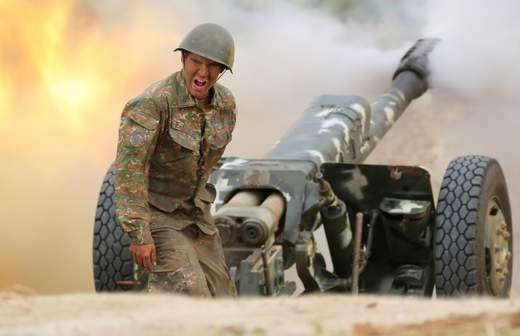 War covered: what and who is aggravating the conflict in Nagorno-Karabakh Yerevan and Baku rejected the possibility of negotiations before a ceasefire

This week Azerbaijan has achieved the most serious territorial successes since the beginning of hostilities. While advancing in the southern sector of the front along the valley of the Araks River bordering with Iran, his troops broke through both defense lines of Nagorno-Karabakh. On Friday, October 9, the national media began to disseminate information about the occupation of the city of Fizuli by the Azerbaijani army. It is located just 40 kilometers from Stepanakert. This information is disputed by the Armenian side.

Earlier, in the Fizuli region, the Armenian command, taking advantage of the established cloudy weather and night fogs, tried to organize a counteroffensive with the use of tanks and motorized infantry. It ended with the biggest failure for the NKR since the beginning of the fighting.

On Thursday and Friday, Azerbaijan demonstrated numerous footage of the defeat of its enemy columns with multiple launch rocket launchers and drones. Then there was a video with Armenian tanks and military vehicles thrown or burning along the road, as well as the bodies of soldiers. It is no coincidence that the need for a truce to evacuate the fallen servicemen of the warring parties from various sectors of the front was one of the key topics of the talks in Moscow.

On October 9, the NKR forces confirmed the loss of the city of Jebrail, the administrative center of the Jebrail region, the battles for which lasted for at least three days. In this sector, Azerbaijan deployed the most powerful strike group, which includes T-90S tanks and BMP-3 infantry fighting vehicles, Soviet and Czechoslovak self-propelled artillery mounts, Israeli patrolling ammunition and South African MRAP-class armored vehicles. 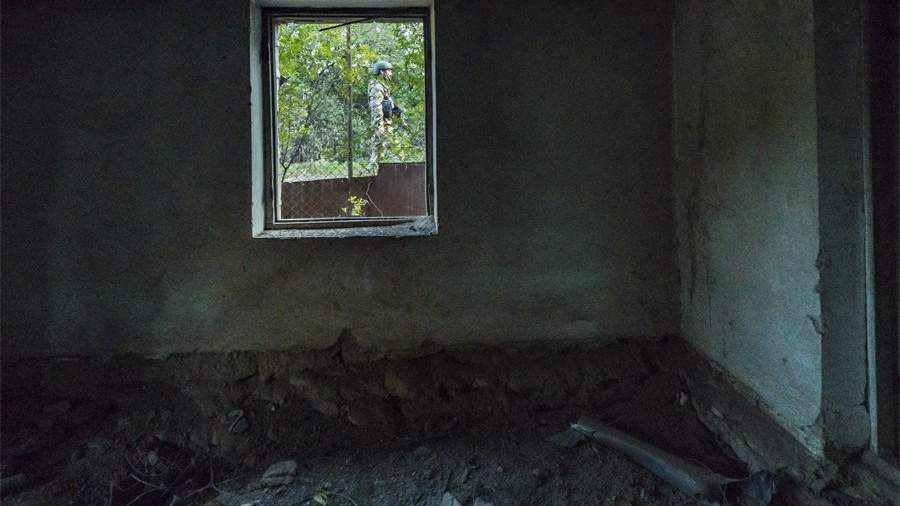 Consequences of the shelling by the Azerbaijani army of Mardakert, Nagorno-Karabakh, October 9, 2020

In the mountainous northern sector of the offensive, the advance of the Azerbaijani army stalled after the capture of the village of Madagiz on October 7. By the decision of the National Assembly of Azerbaijan, signed by President Aliyev, on October 7, the settlement was renamed into Sugovushan. In total, Baku announced the return of about 30 cities and towns.

“Azerbaijan still avoids using its aircraft, and the use of helicopters was limited only to isolated episodes of the landing of special forces in the enemy’s near rear and strikes on the front line,” Vladislav Shurygin told Izvestia. – The country’s military department relies on missile strikes and the widespread use of drones and loitering ammunition. The Armenians are fighting with dignity, but they have nothing to oppose to such tactics. The small and outdated air defense of Nagorno-Karabakh was knocked out in the first days of the fighting.

The cost of conflict

On the day of the Moscow talks, both Yerevan and Baku continued to receive news of new shelling of cities near the conflict line and injured civilians. There was another destruction in the NKR capital Stepanakert and its satellite town Shushi. According to the authorities of the unrecognized republic, 22 civilians have already become victims of the conflict, 95 were injured. As of the evening of October 9, Azerbaijan reports 31 deaths from shelling and 168 injuries, as well as damage to 1,054 private houses.

On Friday, Nagorno-Karabakh admitted the death of 387 of its servicemen and reservists, over a thousand wounded. In turn, the President of Azerbaijan said that information about the losses of the national armed forces is secret and will be disclosed only after the end of the active phase of the conflict. Since the beginning of hostilities, official Baku has never given data on the number of casualties in their ranks and has effectively blocked the dissemination of such information through unofficial channels. 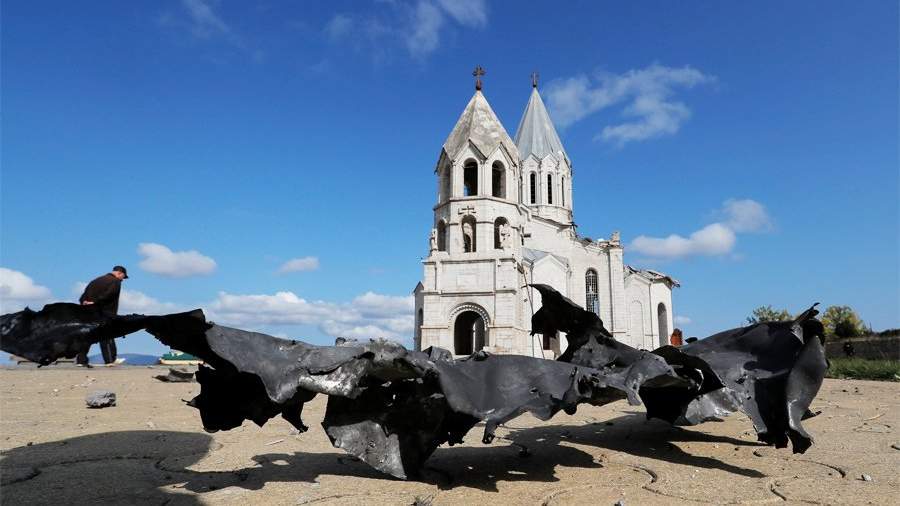 Damaged Cathedral of Christ the All-Savior in the city of Shushi, Nagorno-Karabakh, October 8, 2020

Among the attacked objects of NKR was the Cathedral of Christ the Savior in the city of Shushi. When media representatives examined the destruction on Thursday, the church was hit again. Two Russian journalists were seriously injured. For the life of the editor-in-chief of the portal “Segodnya.ru”, military observer Yuri Kotenko, doctors in Yerevan continue to fight. The second victim – Levon Arzanov, special correspondent of the portal “Officers of Russia”, has already returned to the Russian Federation on the plane of the government delegation.