The supplies to the troops of the updated Grad-M multiple launch rocket systems will begin next year, sources in the Ministry of Defense told Izvestia. The modernized version of the legendary MLRS, developed back in Soviet times, was able to independently aim and calculate the amount of ammunition. It has become completely digital – now “Grads” are integrated into modern automated control systems. According to experts, this will make the work of artillery units much faster and more efficient.

The first batches of the modernized Grad will go to the troops next year, Izvestia sources in the military department said. It is known that the design of the machine, which has proven itself in dozens of wars and military conflicts, remained unchanged. But its electronic equipment has been completely redesigned. The machine is computerized and equipped with a modern control system. If earlier the commander had to do all the necessary calculations and direct the system to the target, now it does all the calculations on its own. The operator only has to press the “start” button. 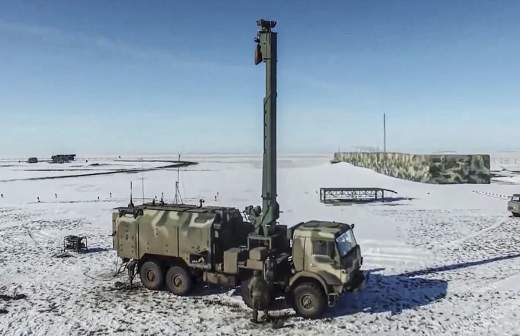 “Penicillin” goes into reconnaissance: electronic systems will aim artillery at the target New Russian technology is able to determine the exact coordinates of the enemy at a distance of tens of kilometers

One of the main innovations in the modernized version of the “Grad” is the integration into a closed data transmission system (ZSPD) and modern automated control systems. Thanks to this, the installation can be controlled remotely in real time.

The BM-21 Grad 122 mm multiple launch rocket system was developed and entered the army in the 1960s. It turned out to be so successful that it is still in service with the armies of more than fifty countries in Asia, Africa and Latin America. In the Soviet, and then in the Russian army, these systems firmly took their place in the artillery regiments of motorized rifle and tank divisions.

In recent years, Russia has gradually replaced the Grady divisional artillery with the newest 122 mm Tornado MLRS. However, there are still many time-tested machines in the troops. According to open sources, about 500 vehicles remain in service, not counting those in storage. Modernization of old systems for relatively little money brings Grada closer to the characteristics of Tornado-G, noted military expert Viktor Murakhovsky.

“Thanks to the automated guidance and fire control system (ASUNO), the autonomy of the MLRS has increased,” the expert explained to Izvestia. “Previously, they could only fire with a battery – only the commander had the means to prepare the data. He directed all the systems of the unit, and on command was fired at one target. With an automated control system, a single machine can be controlled. This allows them to be dispersed to reduce the likelihood of the unit being destroyed by drone fire.

Another advantage of the modernized “Grad” is a significant reduction in the time to open fire due to the automated preparation of information. The machine receives a complete data package, and the calculations only need to perform a minimum of operations. 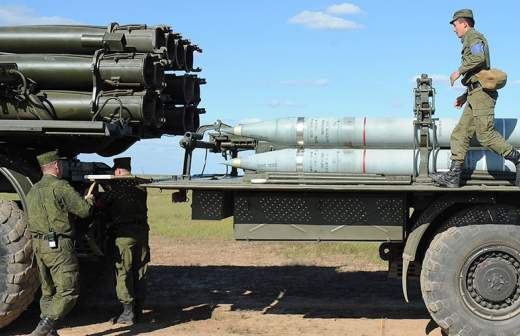 “Tornado” after “Grad”: the Ministry of Defense strengthened the south with rocket artillery The newest multiple launch rocket system entered the troops of the Southern Military District

– It is important that the equipment for receiving GLONASS signals will be installed on the vehicle during the modernization. After all, preparation for shooting begins with the exact determination of your location. Previously, the commander had to independently carry out the topographic location, now he will not have to spend time on this, – said Viktor Murakhovsky.

The Grad system consists of a BM-21 combat vehicle on the Ural chassis, a fire control system and a 9T254 transport-loading vehicle (TZM). The battery of the MLRS “Grad” also includes a control machine 1V110 “Birch” on the chassis of a GAZ-66 car. The launch range of unguided rockets of 122 mm Grad is from five to 40 km. There are 40 guides on one combat vehicle.

Earlier, Izvestia reported that in the summer of 2020, the rocket forces and artillery tested a new automated control system in action, which makes it possible to combine the Tornado-S MLRS and the Iskander-M complexes. During the maneuvers, the missile division of the Eastern Military District operated in conjunction with the jet division from the Southern District. During the firing practice, a new guided ammunition for the “Tornado-S” MLRS was tested. In addition to the increased flight distance, it is particularly accurate. The parameters of the missile flight are entered into the system, and after launch it “turns” each one to its target. Thanks to this, the rocket launcher can hit several objects at once with one salvo.