Research and Production Concern “Techmash” (part of “Rostec”) has developed a new software and analytical complex for the creation of “smart” ammunition, which will improve the accuracy of hitting targets. On Wednesday, December 2, the press service of the state corporation reported. 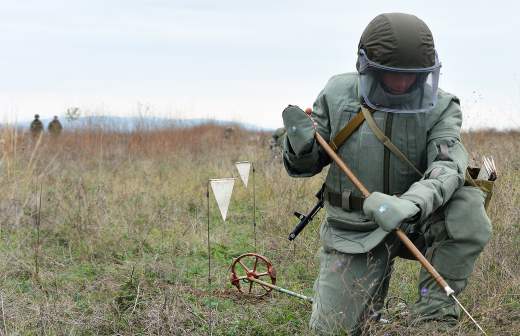 Hidden traps: what to do with the found shells Even after lying in the ground for almost 80 years, a rusted ammunition can detonate at any time

It is specified that a distinctive feature of the development is the presence of a “smart filling” for ammunition in the form of an electronic protection system. It helps to obtain detailed information about objects, despite the influence of active interference with varying intensity. The novelty can be used in high-precision ammunition for both defensive and offensive weapons.

“The new complex is superior to Russian and foreign counterparts in terms of the protection of ammunition from interference and nullifies the efficiency of electronic warfare equipment,” said Bekkhan Ozdoev, industrial director of the Rostec state corporation.

He pointed out that ammunition with the function of artificial intelligence is the most effective means of destruction in modern combat conditions, writes Gazeta.ru.

At the end of November, Ozdoev announced plans at the end of next year to conduct state tests of the newest Russian sniper complex “Ugolek”. The main feature of the complex is the use of exclusively domestic materials, components, as well as ammunition and sights.